A long cold winter mixed with a Covid-19 lockdown, the threat of new variants and a sluggish vaccine rollout makes for a tough time for people in Germany, writes Rachel Loxton.

“Everyone struggles at this time of year in Germany,” a friend said as we trudged through snow in below freezing temperatures in Berlin’s Tiergarten at the weekend.

It’s true that winters in northern Europe always hit hard. You forget how bad they are until you’re in the middle of one. And you forget how long they last, often stretching out into March.

It's a bit like the second wave of the pandemic itself – getting through November and December was one thing, but January, which felt like three years, was a serious mental hurdle in itself to overcome.

Although vaccinations are being carried out on the most elderly, the excitement of the immunisation programme starting has worn off. Coupled with supply issues and organisation problems, the thought of lining up to get your first dose feels very far off.

Winters in Germany are usually made more bearable by candlelit bars, visits to restaurants and, well, just generally being allowed to go out and talk to people.

A walk in the freezing cold is improved immeasurably by the option of getting a hot chocolate after and sitting by a radiator inside a busy cafe.

It’s these little things – or rather the absence of them – that are making everything feel extra difficult this year.

READ ALSO: 'We're all living the same disaster': How foreign residents are getting through the German lockdown winter

Germany has been in a state of shutdown since the start of November. With restaurants, cinemas, gyms, cafes and bars closed – plus schools and non-essential shops since December – there isn’t much to do except be at home.

And that can differ dramatically depending on your situation. I know some people trying to homeschool in tiny flats (I've no idea how you're doing it), while others are living alone, unable to have much real life social contact.

People I know in Berlin – and other countries in lockdown – are becoming increasingly irritated by their neighbours, whether it's their annoying DIY project, music choices or online fitness classes.

At this point I take it personally when I hear my upstairs neighbour buzzing in guests that he shouldn’t be: a household in Germany is only allowed to meet with one other person under the current contact rules, and the recommendation is to have a small social bubble. 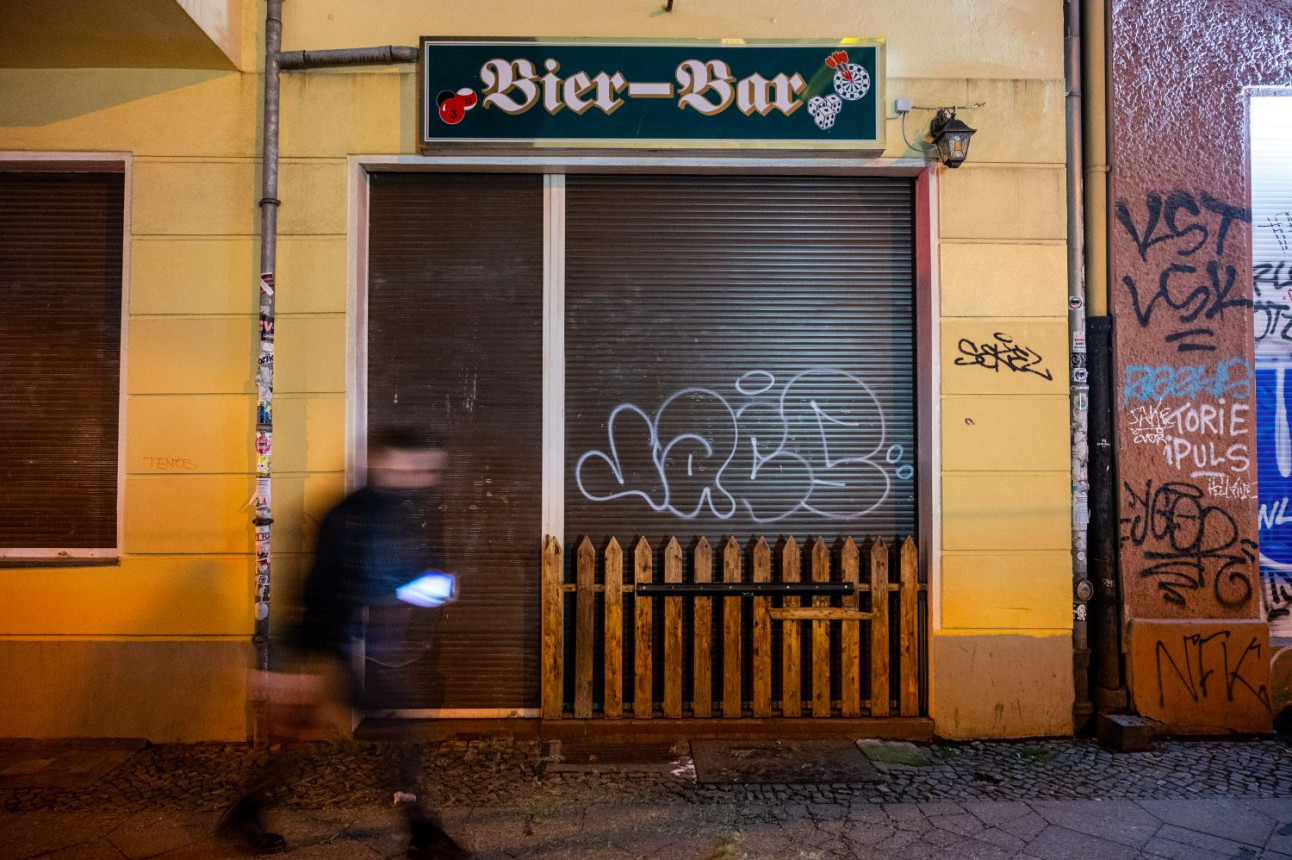 The fact is that many people have too much time on their hands, either because they’re on Kurzarbeit (Germany’s furlough scheme) or they’ve lost their job. Meanwhile others are stretched thinly, working in industries that can’t be put on pause.

Covid-19 cases going down, but worries over variants

Things are looking up in some ways. The number of infections per 100,000 residents in seven days has dipped below 100 in Germany recently It had nearly hit 200 at the peak just before Christmas.

This should be a cause for celebration after such dismal weeks but we’re all aware of how long the road ahead is. The incidence rate has to come down much further (the 7-day incidence was below 10 in the summer) and the variants are massively complicating matters.

Germany has moved quickly on that front. Mask rules were tightened last month – people now have to wear medical masks while shopping and on public transport. And most people seem to have accepted the change: now FFP2 masks are a common sight in Berlin.

These travel bans, though they are sensible, also make me feel further away from home.

Many foreigners in Germany haven’t seen our family and friends from our home country in months or over a year.

I agree that the uncertainty is hard to accept. It's like being stuck in a limbo, unsure when I'll be able to book a flight home to Scotland, sit in a cafe again or hug my friends. Go for a pint or get a haircut. Or just sit in a restaurant.

And so we walk. In Berlin people bundle up in lots of layers and walk along the canal, in the parks or on the streets.

Moving around is the only option if you want to be outside because it’s too cold to be in the same place for a long time.