With rents surging in many major cities across Germany, many long-term renters are now on the lookout for a more secure alternative. Housing co-ops may just provide the answer.

In recent years, a fair few disillusioned renters have chosen to move out of the rental market entirely and purchase their own property, but others are instead opting to become a member of a Wohnungsbaugenossenschaft (housing cooperative).

If, like many internationals, you’ve developed a severe allergy to bureaucratic words like Anmeldebescheinungen and Einkommensteuererklärung, coming face to face with yet another eight-syllable compound noun is probably not a welcome experience. But in this case (as with many scary-looking German words), the concept is simpler than the name suggests.

Wohnungsbaugenossenschaften are a historic and fundamental part of Germany’s housing policy, offering an affordable and secure alternative to both renting and buying. Co-ops are essentially non-profit companies run on principles of self-help, community and solidarity, which buy and build housing for their members.

To access most of this housing, you first have to become a member of the co-op and purchase a certain share in the initiative which is used to build and maintain the co-op’s housing stock.

When a suitable flat comes up, you pay a monthly fee – similar to rent – for use of the property. Once in, members have the right to remain a member of the co-op – and stay in their current flat – for life.

This has made co-ops a popular choice for the elderly, young families and people on low incomes who are currently being priced out of the private rental market.

READ ALSO: ‘Be patient’: What you should know about buying property in Germany

Living in a housing co-operative

The word housing co-op may conjure up images of hippie communes with shared living spaces, allotments and huge pots of lentils steaming on the stove – but although communal living has been an aspect of some recent housing projects, the experience is normally pretty similar to renting privately.

“There’s a much better sense of community than in other housing blocks I’ve lived in,” says Rachel Riesner-Marriott, who lives in a flat in Berlin’s Treptow-Köpenick district.

Originally from the UK, she became a member of her German husband’s housing co-op when they moved in together a few years ago, and recommended her parents as members when they moved to Berlin. 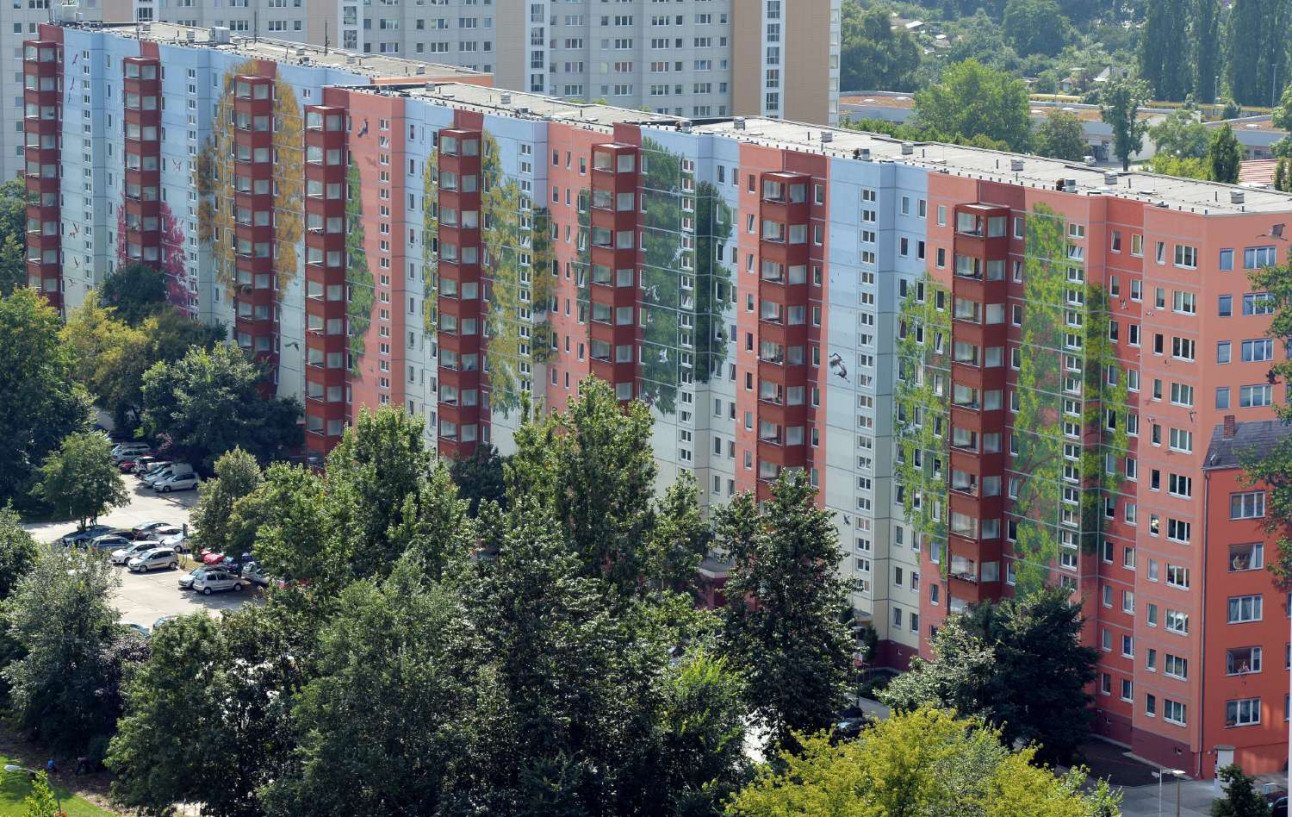 A Wohnungsbaugenossenschaft in Lichtenberg in Berlin. Photo: DPA

Ellie Stephenson, who found a co-op flat in the sought-after Berlin-Neukölln area, agrees. “It’s the norm that you’re nice and friendly to your neighbours in the co-op,” she says. “So for someone who loves wild parties or needs a lot of privacy, it may not be the best option.”

The co-ops organise regular events for members – Ellie’s, for instance, hosts flea markets and garden parties – but there’s no obligation to join in with the communal fun. As with monthly meetings and other organisational matters, members are free to choose how much they participate in the social side and everyday running of the co-op.

There is, however, an emphasis on community and solidarity, reflected in the choice to use local tradespeople for maintenance and repairs, and the drive to keep costs for tenants as low as possible.

At the start of the Covid-19 pandemic, Ellie received a letter from her housing co-op to explain that none of their members would lose their flat as a result of the pandemic. “It was a lovely letter, offering use of their hardship fund for people who couldn’t afford their rents,” she says.

Fees for tenants in co-ops tend to be below market rate, especially in older buildings, and both Rachel and Ellie describe them as highly affordable. In her previous co-op apartment, Ellie’s rent went up once in the space of six years.

When it did, she was sent a long letter full of numerical charts and legal explanations, delivering the news that she would now be paying a grand total of €4 more per month.

According to anecdotal reports, the age of residents in co-ops tends to skew a bit older, although this is changing year on year.

“It’s a mix, honestly,” says Rachel. “I see young families, single people (who often live in the one-room flats) and older people, but generally there is a lean towards older people.”

According to Ellie, however, the demographics of her housing co-op are also slowly but surely becoming more diverse – and noticeably more international. “I’ve started to hear English in the corridors a little more,” she says.

It seems that the shifting demographic makeup of the country has started to impact life in the housing co-ops, too, especially in urban centres like Berlin.

Sounds great – where can I find one?

In 2016, there were almost 2,000 housing co-ops across the country, providing more than two million flats for around 5 million people.

As you’d expect, most of these tend to be concentrated in larger cities: Berlin, for instance, has at least 80 co-ops with around 160,000 apartments, while Hamburg has 30, which offer around 130,000 apartments in total.

Housing stock can be anywhere in the city – including some of the most desirable residential areas – though statistics from the Institute for Research into Buildings and Cities (BBSR) suggest that they’re more likely to be concentrated outside of the centre to keep costs low for tenants.

Unfortunately, at the moment, the demand for this type of housing far exceeds the supply – especially in metropoles like Berlin.

According to a spokeswoman for the Housing Co-operative Marketing Initiative, this has made finding a co-op flat an uphill struggle.

“Taking Berlin as an example, the co-ops there have far more interested tenants than they do flats, and for that reason many of them are no longer taking members until they’re able to offer these newcomers an apartment,” she explained. 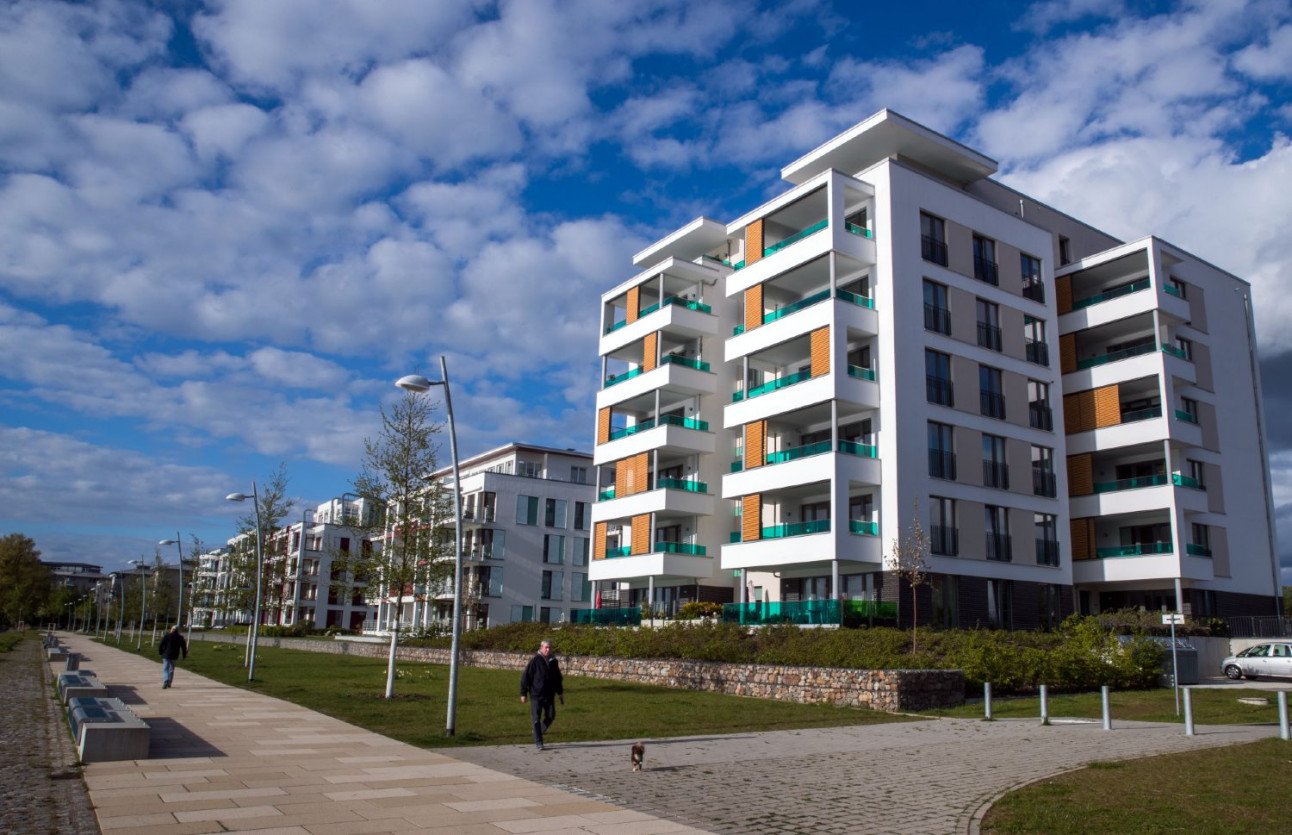 This type of situation has led to horror stories of prospective tenants languishing on waiting lists until their hair turns grey – but luckily for anyone dreaming of the co-op life, the outlook isn’t as gloomy as it may appear.

“In spite of the strained housing market, Berlin co-ops offer around 5,000 new apartments every year, and about half of these go to new members, so it’s absolutely still possible to get hold of a co-op flat,” said the spokeswoman. “Just don’t expect it to happen so quickly!”

While rising demand may be hard to keep up with, both state and federal governments now see housing co-ops as a cornerstone of German housing policy and a potential solution to the desperate need for social housing.

A few years ago, the governing coalition in the Hamburg Senate set a target of making half of all building community plots available for newly founded housing co-ops.

Meanwhile, co-ops such as Ellie’s are keen to open up their stock of apartments and raise awareness of the model among a new generation of house-hunters. A note on their website states that the co-op is currently “trying to revive the cooperative idea, especially among younger people and families”.

If you’re thinking of joining a housing co-op, the first step is to find one near you. The Housing Co-operative Marketing Initiative – Wohnungsbaugenossenschaften.de – has more than 400 members, including many of the largest co-ops, which are all searchable by region or city on their website.

Most of these co-ops will be named after neighbourhoods in your town or city, but you shouldn’t always take this at face value: in reality, their stock of apartments might be concentrated elsewhere in the city, so it pays to do a little digging on their websites as well.

If you’re in a large city where demand for these flats outstrips supply, you may need to be a little less picky about area and simply look for housing co-ops that are still accepting new members.

Otherwise, it could be worth asking around to see if anyone you know is already in a co-op. To ensure you get in at the right time, ask them to keep an eye out for vacant flats in their building and recommend you as a member either before – or as soon as – an empty flat appears.

READ ALSO: Renting vs. buying in Germany: What is actually cheaper?

This is how Ellie secured her first co-op flat. Having noticed that a ground-floor apartment in their co-op had been vacant for a while, a friend recommended her for it, and, after what she describes as “a lot of chasing” – and completing an application for membership – she was able to move in.

Whether or not there are any apartments currently on offer, it makes sense to sign up as a member with a co-op and buy shares in it in order to have a good chance of securing a flat in the future. The cost of these shares varies quite a bit, and seems to be dependent on both location and the financial health of the co-op.

In Freiburg, one housing co-op asks new members to buy three shares at a total value of €930 before they can secure a flat; at another co-op in Dortmund, meanwhile, members are asked to buy one share at €550, while in Berlin-Mitte, two shares in a local housing co-op will cost you around €320. In addition to this, there’s usually a one-time entry fee of around €50 to pay.

Once in, shareholders will receive annual dividends.

To give yourself the best chance of getting accepted when a property does become available, it’s a good idea to brush up on your German a little.

While this is by no means essential for membership, it may help you make a better impression at viewings and become a more active member of the co-op community.