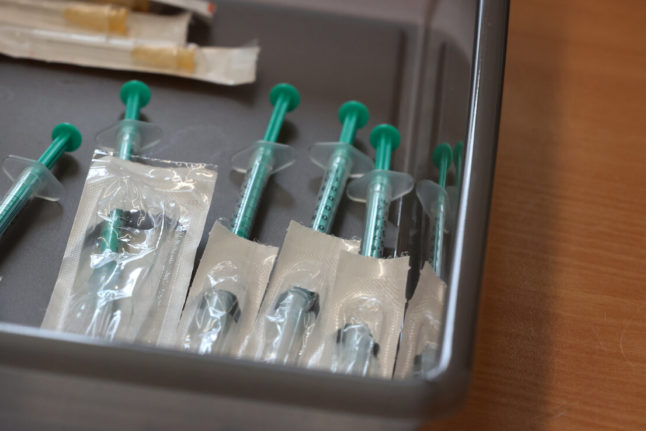 Health minister Jens Spahn conceded that “the start of the vaccination campaign was difficult” but said that the main vaccine suppliers – Moderna, Pfizer and AstraZeneca – had now pledged to deliver the next 5 million doses to Germany by February 22nd.

The AtsraZeneca vaccine, which was approved this week, has been at the centre of a massive row between the EU and the pharma company over the wording of the bloc's purchase contract.

Added to that has been uncertainty over its effectiveness for elderly patients. Germany's vaccine commission – the STIKO – stressed on Friday that it would not recommend that the vaccine is used for anyone over the age of 65.

STIKO president Thomas Mertens said on Friday that AstraZeneca's data on the vaccine is insufficient to assess its effectiveness in the age group 65 and older.

“We did not evaluate the quality of the vaccine, but the quality of the data,” Mertens stressed. He added that the STIKO will update its recommendations after the company has published more data on its effectiveness in the elderly.

At the same time, he stressed that the safety of the vaccine is beyond doubt.

The German media is holding EU President Ursula von der Leyen accountable for an increasingly chaotic rollout of the vaccine programme, saying that her handling of the crisis fits into a pattern of bad management of German ministries.

The 62-year-old Christian Democrat has been in a war of words with pharmaceutical company AstraZeneca over the terms of a contract which the two parties signed last year.

While the EU Commission insists that the pharma company made obligations to deliver 100 million doses of its vaccine to the EU in the first quarter of 2021, the company has replied that the contract only obliges it to make “best efforts” to do so.

Speaking to Deutschlandfunk radio on Friday, von der Leyen said that “there are binding orders and the contract is crystal-clear. AstraZeneca has expressly assured us in this contract that no other obligations will stand in the way of fulfilling the contract.”

The contract states though that the company will make “best reasonable efforts” to ensure that the vaccine is delivered. AstraZeneca have claimed that this wording does not commit them to binding time frames.

'Didn't know what was in contract'

Various German media outlets have attacked von der Leyen in recent days, saying that she is responsible for the vaccine fiasco.

Bild Zeitung claimed that the contract clearly stated that the company only committed to making best efforts to deliver 100 million doses of the vaccine in the first quarter of 2021.

“She either knowingly told a lie to Europe’s 447 million citizens or she didn't know what was in her own contract,” the tabloid claimed.

Der Spiegel meanwhile claimed that von der Leyen’s ministerial career in Germany provided proof that she finds it hard to take responsibility for her own failures.

Von der Leyen ran the German defence ministry before being called up to the EU Commission in 2019.

But at the time of her promotion there was a parliamentary inquiry into irregular consulting contracts in the defence ministry that were worth hundreds of millions of euros and were handed out under her watch.

The opposition's report into the inquiry accused her of passing the buck to bureaucrats.

“When she announced this week that the pharmaceutical companies bore responsibility for the vaccine disaster, there are those in the defence ministry who likely felt a sense of déjà vu. But will she get away with it this time, too?” asked der Spiegel.

SEE ALSO: How long might it take to get a coronavirus vaccination in Germany?