During the pandemic, any international resident living in Germany will have become familiar with the words ‘pandemie’ (pandemic), ‘maskenpflicht’ (compulsory masks) and ‘impfstoffe’ (vaccines). You may also have heard ‘Kurzarbeit’ being discussed, especially if you're an employee.

Together with the tax-filing app Taxfix, The Local presents answers to the key questions regarding what has become an important job-saving measure. Taxfix is also offering readers of The Local either a free or discounted tax return.
What is Kurzarbeit’?
Kurzarbeit, or ‘short work’, is far from a new idea in Germany – it became fully established in 1924 as a response to the economic crisis of the Weimar Republic. But it has risen to a new level of prominence during the Covid-19 pandemic.
Essentially, in order to deal with a shortage of work, company employees are put on reduced hours. The federal government then steps in to pay around 60 percent of their salary for a set period of time – normally a year. This payment is known as ‘Kurzarbeitergeld’ (short-time worker payment) and is paid directly into your bank account.
In 2020, 16 percent of the German workforce were on ‘Kurzarbeit’ as a result of the pandemic – that’s around 7.3 million people.
Who is eligible for ‘Kurzarbeit’?
All full-time or part-time employees who have had their hours reduced, and that have not been made redundant can apply for ‘Kurzarbeit’. You must also be making contributions to social security, and the loss to your gross monthly salary must be over ten percent.
Freelancers, interns, students and other types of workers are not eligible to receive ‘Kurzarbeit’. However, the federal government has other forms of aid available to these workers.
Taxfix is offering a free tax return to those on Kurzarbeit, by clicking here. Not on Kurzarbeit? Taxfix is offering a 15% discount on your return when you use this link and the code 'TX_Localtaxes'.
Does the amount of Kurzarbeit vary?
Yes. The monthly ‘Kurzarbeitergeld’ is normally calculated at 60 percent of your monthly net salary at the time it takes effect.
However, there are some things that can alter the percentage. For example, parents with one child receive 67 percent of their monthly salary, and this percentage grows over the duration of ‘Kurzarbeit’. 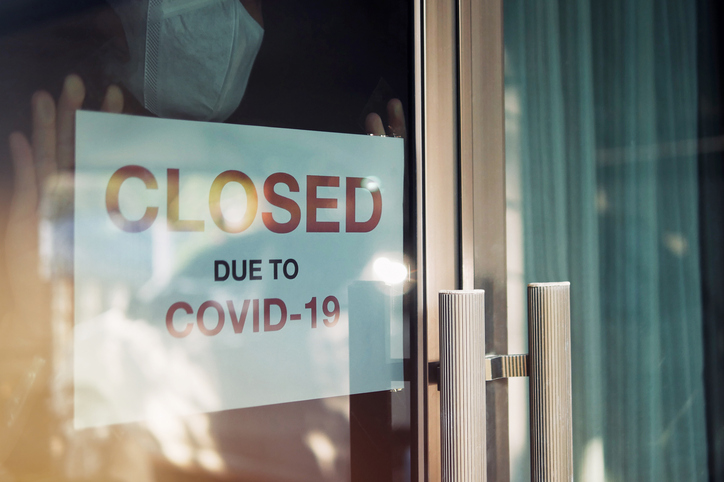 Photo: Getty Images
Can I take another job while I’m receiving Kurzarbeit?
If your job isn’t affected by workplace agreements, you can take a part-time job while on ‘Kurzarbeit’ to make up for the loss to your income.
If you took on a part-time job during the crisis, you can earn up to the full amount of your previous monthly income.
Just note that your main employer must agree to you taking a second job. The pay from your part-time job can also impact the amount of ‘Kurzarbeitergeld’ that you receive.
What happens if I can’t live on ‘Kurzarbeitergeld’?
Since the beginning of the pandemic, the government has loosened the requirements for benefits, meaning that there is no means testing, and you don’t even need to have made an in-person appointment to claim benefits. Talking to your local ‘Agentur fur Arbeit’ (Federal Work Agency) office by phone or website chat can give you a clear idea of what benefits you’re entitled to, and how to claim them.
On a mobile device? You can download the Taxfix app here.
Does ‘Kurzarbeit’ have any impact on the taxes I pay?
Yes. ‘Kurzarbeit’ is available because almost everybody who works pays a form of social security, deducted from salaries at the source – meaning your workplace pays it to the government. This money is considered tax-free.
If your tax rate changes because of going onto ‘Kurzarbeit’, you’ll almost certainly need to submit a tax return for 2020 – even if you don’t normally. If you don’t have a tax advisor – which probably means most of us – you’ll need to submit a tax return by July 31st, 2021.
There are many options available to those who wish to do their own taxes in Germany. These encompass paper kits, websites and, increasingly, user-friendly apps such as Taxfix.
Taxfix is available via their website and their app, which can be downloaded here. It has the benefit of being designed for English-speaking expats, and the average return takes only 22 minutes to complete. Filing a return with an estimated refund of under €50 is free of charge, and there is a flat rate of €39.99 for other returns.
In support of those affected, Taxfix is offering a free tax return to those on Kurzarbeit, by clicking here. Not on Kurzarbeit? You can also benefit, as Taxfix is offering a 15% discount on your return when you use this link and the code 'TX_Localtaxes'.