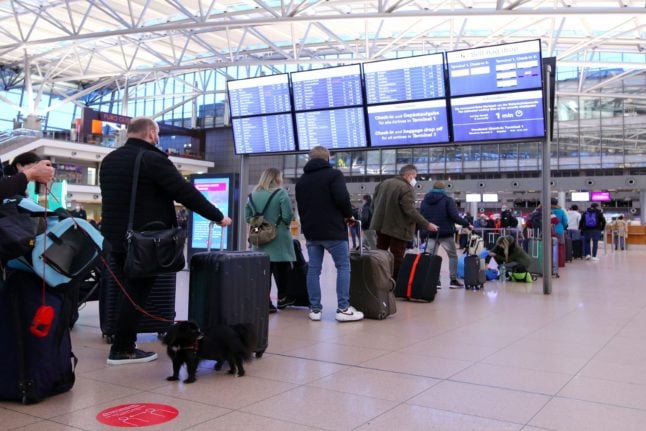 “That includes significantly stricter border checks, especially at the borders of high-risk areas, but also reducing air travel to Germany to almost zero, as Israel is currently doing,” he said.

Chancellor Angela Merkel reportedly backs the idea. She is said to have told lawmakers from her conservative CDU/CSU bloc that citizens had a right to expect the government would take “certain precautions at border”, participants at the meeting told AFP.

“Everyone understands that now is not the time to travel,” she was quoted as saying.

German authorities are already strongly urging people to avoid travel, within the country and abroad. There are also new stricter testing and quarantine rules.

But if restrictions are made even tougher, it could mean almost all foreign flights are grounded.

Israel this week introduced an almost complete ban on air travel. The government there banned inbound and outbound flights by foreign airlines to slow the spread of Covid-19 strains.

The ban is initially in place until January 31st. Flights leaving the country are only approved in rare instances. Firefighting planes, emergency medical flights, and cargo aircraft are not affected by the policy. Meanwhile, domestic airlines in the country also face some new restrictions.

READ ALSO: These are Germany's latest rules on foreign travel to deal with Covid variants

As you can imagine, it's mixed.

Drosten said that in view of the declining daily coronavirus numbers in Germany, “of course you have to pay attention to what comes from outside”.

The more the spread of Covid-19 is slowed within Germany, “the more important it becomes” to think about “what is brought in from outside”, the head of virology at Berlin's Charité hospital told broadcaster ARD in reference to the concern about virus mutants.

At the same time, the virologist, who advises the German government, advised caution in the debate about possible loosening of the current restrictions.

“At some point, we will have vaccinated so many people that the virus will no longer spread on its own,” he said.

The only question, he added, is how long that will take, and it doesn't look like this will happen any time soon. If the measures are simply stopped now, “then we will certainly see the virus multiplying again quite strongly”, he warned.

The current lockdown measures are in place until February 14th.

READ ALSO: Is it too early for Germany to think about a shutdown exit plan?

“No flight or travel bans will help in the current situation, especially since everyone has to go through tests anyway,” said Kubicki. He said vaccinating the population at a faster pace was the key.

“That is the most reliable and only way out of this pandemic,” he said.

Industries affected have also hit back.

The German Travel Association (DRV) said tourist travel had already come to an almost complete standstill due to the restrictions imposed by the pandemic, while the business travel sector is also down.

“The federal government should also take note of this,” the association said. “It should therefore not now concentrate on further restricting our already severely limited freedom to travel.”

The number of new infections reported within seven days per 100,000 inhabitants (7-day incidence) was 101.0 on Wednesday morning, according to the RKI. A record high of 197.6 was reached on December 22nd 2020. The number fluctuated thereafter and has been falling for several days.

Germany wants to get this number down to 50.

Will events take place this summer?

Meanwhile, there is still uncertainty over events happening this year.

Eventimpresents and Live Nation, the organisers of “Rock am Ring” (Nürburgring) and “Rock im Park” in Nuremberg, say that they will have to wait for concrete developments.

After last year's cancellation due to coronavirus, the twin festivals were scheduled to take place on the second weekend in June 2021.

“There are still a lot of question marks,” Stephan Thanscheidt from organiser FKP Scorpio said.

“We have to wait and see how the infection figures and the availability of the vaccines develop.”

“There is a lot of uncertainty in the industry at the moment,” said the president of the Federal Association of the Concert and Event Industry, Jens Michow.

“For the summer festivals, we will need decisions by mid-March at the latest on what form they can take because they need a minimum time to prepare.”