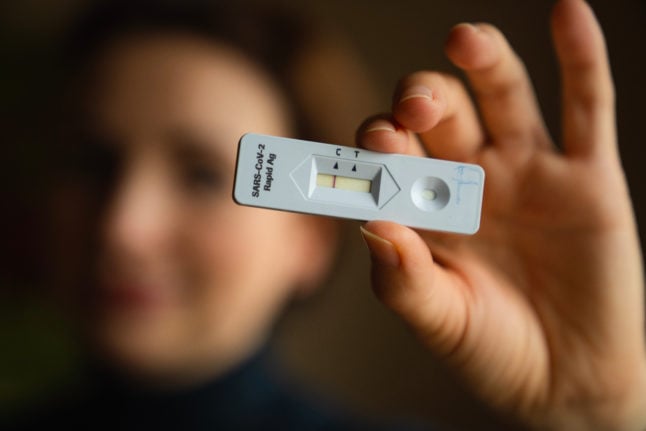 The Health Ministry is planning an amendment to the Medical Devices Dispensing Regulation, which would mean easy-to-use Covid-19 tests could be sold over the counter in pharmacies.

The current rapid antigen tests are only given to doctors, medical and nursing institutions, while educational institutions have also been allowed to use them since December.

But the changes to legislation would give the general public more access to rapid tests.

Some private companies already sell rapid tests online. The costs can vary, from around €80 to over €200.

The Ministry's draft document states that tests for self-use will play a big role in containing the pandemic in future.

“Such tests are an important contribution to optimising the testing strategy in Germany,” says the draft.

These tests are not yet available, according to the Ministry and the Federal Association of German Pharmacists (ABDA), but they are being developed.

Before “tests for self-administration” can go on sale, they have to go through a special approval procedure. According to the Ministry, it has to be proven that they work well and can be used by the general public.

The managing director of the Diagnostics Industry Association, Martin Walger, told DPA on Monday that it would take “a few weeks” until approval happens.

READ ALSO: How and when can I receive a Covid-19 test in Germany?

According to Walger, there are different ways of carrying out rapid tests, including nose swabs and saliva tests.

Test prices would be calculated and decided individually by each manufacturer and also by pharmacies. The tests will also probably differ in their quality and the way the work so that would be reflected in the price.

In addition to the self-tests, the planned amendment of the laws by the Health Ministry also provides for more possibilities to use the existing rapid antigen tests in professional life.

To this end, the number of institutions that will have access to the rapid tests is to be expanded. “Critical infrastructures” will also be given the opportunity to acquire tests, the draft states. Among others, the energy, IT, telecommunications, transport and traffic sectors are mentioned.

“Studies show quite clearly: if the workforces of companies were tested twice a week with an antigen test, so to speak, at the start of work, those who are not in the home office, then one would be able to massively reduce the number of new infections,” he said in an interview with broadcaster RTL/ntv.