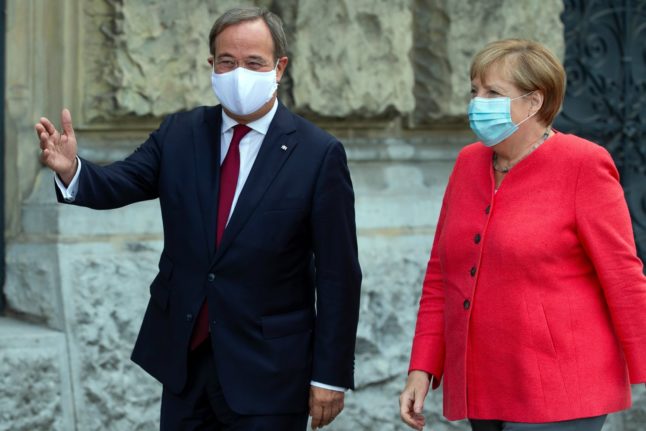 Last weekend, Armin Laschet was elected the new Christian Democratic Union (CDU) leader, making him the frontrunner to be the party’s candidate to succeed Angela Merkel as German chancellor at September’s general election.

The 59-year-old was elected in a digital conference – but it was a close race: the centrist received just 53 percent (with 521 votes) against Merkel rival Friedrich Merz, who stands more to the right of centre and scooped 466 votes. A third hopeful, foreign affairs expert Norbert Röttgen, was knocked out in an earlier round.

The Local spoke with Stefan Marschall, political scientist at the Heinrich-Heine-University in Düsseldorf, North Rhine-Westphalia, and Marcel Dirsus, a political scientist based in Hamburg, to find out what Laschet’s win could mean for Germany, and what politics has in store this year.

Was it surprising that Laschet won the vote?

“He was the candidate with the best chances to do so,” said Marschall. “He’s a centrist candidate, he’s supposed to be someone who can bring people together and unite the party again so I was not that surprised by his victory, although it was a hard race for him.”

It was a close result. Will he be able to bring the party together?

“Yes I think he will be,” said Marschall. He said Laschet has experience in this field after becoming a successful state leader in Germany’s most populous state of North Rhine-Westphalia, which was “split and divided” when he took over in 2017.

Marschall also said CDU members will more likely fall in line to show the party is solid during this election year.

“So there’s this internal capacity for Amin Laschet to unite the party – because he stands in the centre,” said Marschall. “On the other hand there’s external pressure on the party to be united because of the upcoming elections.”

READ ALSO: Who is the new head of Germany’s conservative CDU party?

Will Merkel be happy?

Marschall says in some ways Laschet is Merkel’s favourite.

But “she really would have preferred to have Annegret Kramp-Karrenbauer” – the previous CDU leader who stepped down after a regional crisis in Thuringia.

“The second best solution for Angela Merkel is Armin Laschet,” said Marschall. “I’m guessing she will be glad because they will be able to work together – because they do have seven or eight months until the election. She will be chancellor and he will be chairman and they have to cooperate.

“Also he’s very much close to her in terms of some policies such as the refugee policy. He’s a pragmatic person like she is. He’s a liberal in terms of his values and positions. He’s very similar to her a lot of ways.”

Merkel escaped having to work with Friedrich Merz which would have been much more difficult for her. 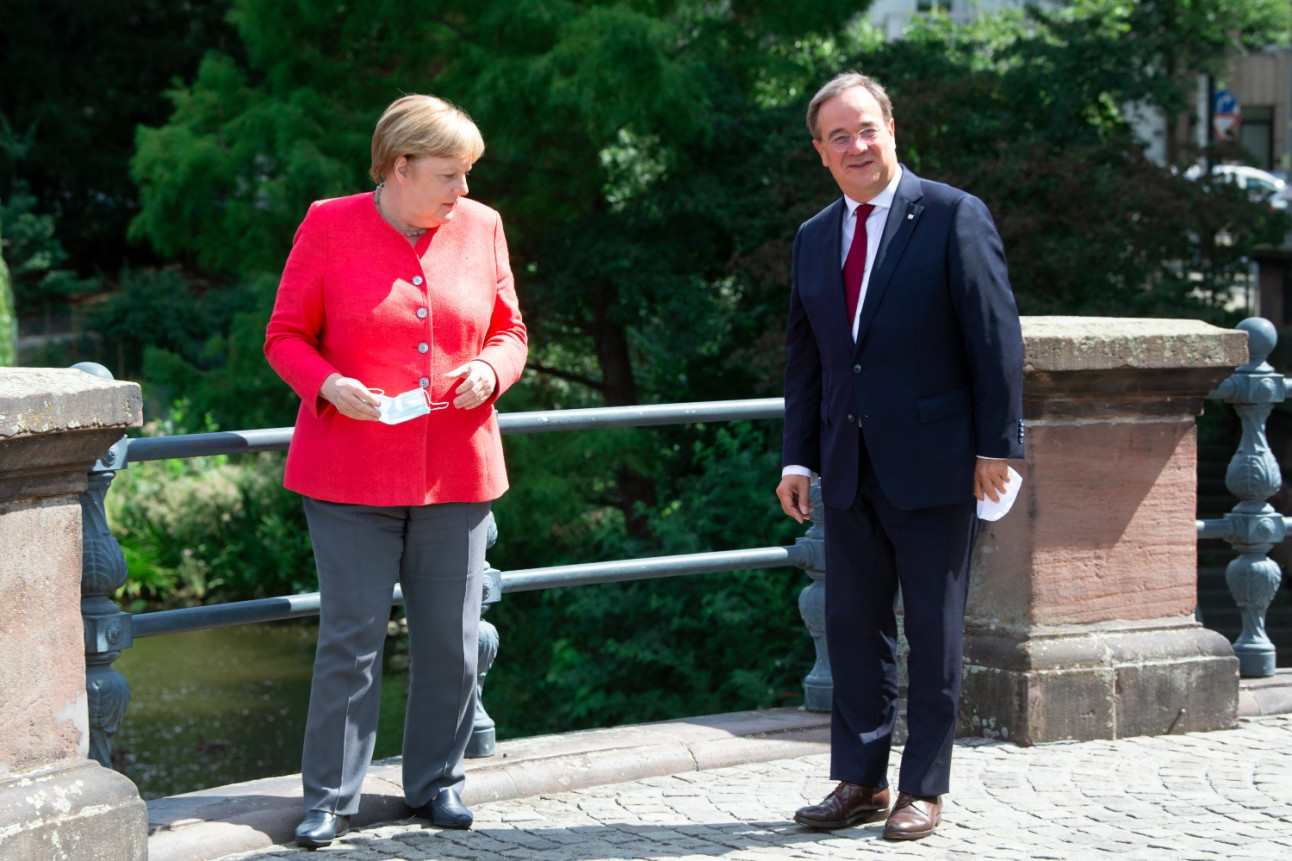 Is Armin Laschet popular in Germany?

According to Marschall, Laschet is popular in the state of NRW where he is leader. “He has been very present on the national level too,” said Marschall. “He’s had prominent positions in the party, he’s been visual in talk shows. He’s tried to look beyond and he’s succeeded in doing so.

“He’s prominent. Whether he’s popular or going to become popular that’s another question.”

According to a Spiegel poll conducted this week, 32 percent of respondents said they “definitely” did not think Laschet was a good choice for CDU leader, while a further 19 percent said he wasn’t really a good choice. Only 13 percent welcomed Laschet becoming leader, and 21 percent said it was “rather” a good choice.

Marschall said Laschet’s public persona – who he is and what he’s all about – is still not completely clear.

“So he still has to become much more visible and much more known to other people.” said Marschall. “That’s going to be a challenge.”

As premier of NRW, which was once known as the land of coal and steel, he has an interest in industry and development.

“He was a Minister for Education 10 years ago,” added Marschall. “He’s very much into keeping people together, refugees. He’s very international, orientated to France especially.”

So who is in with a chance to actually succeed Merkel?

“Armin Laschet is now the frontrunner to succeed Merkel but it remains to be seen whether he can actually pull it off,” said political scientist Marcel Dirsus.

Dirsus says on one level Laschet is “just like Merkel”.

“People have a tendency to underestimate him,” he said. “Laschet is a formidable politician and much more capable than people give him credit for

“The next couple of months and upcoming state elections will be key.”

Could anyone else be the CDU chancellor candidate?

Markus Söder, who is leader of the CDU’s Bavarian sister party the Christian Social Union (CSU) has forged a high profile in the coronavirus pandemic, and public opinion polls place him high.

Laschet, for his part, hasn’t come off particularly well in the Covid-19 crisis – he clashed with Merkel, for example, on calls for Germany to ease its lockdown restrictions quickly after the first wave (while Merkel wanted to remain cautious).

Marschall said the conservatives have two “candidates in waiting”- Söder and Laschet.

“The twist is that both of them are going to decide who will be the chancellor candidate,” he said.

The decision won’t be made until March. “So now we have two months of informal campaigning from both of them,” said Marschall. “Both will try and get in a better position for the decision.

Marschall also said there’s a chance Health Minister Jens Spahn will be a candidate but it doesn’t look likely.

“I think it’s going to be Armin Lachet or Söder, both are state premiers, both are chairmen of their parties,” said Marschall.

“People will look very closely at how they perform in the next weeks. Whether they can fill the shoes of Angela Merkel, they will be scrutinised and compared.” 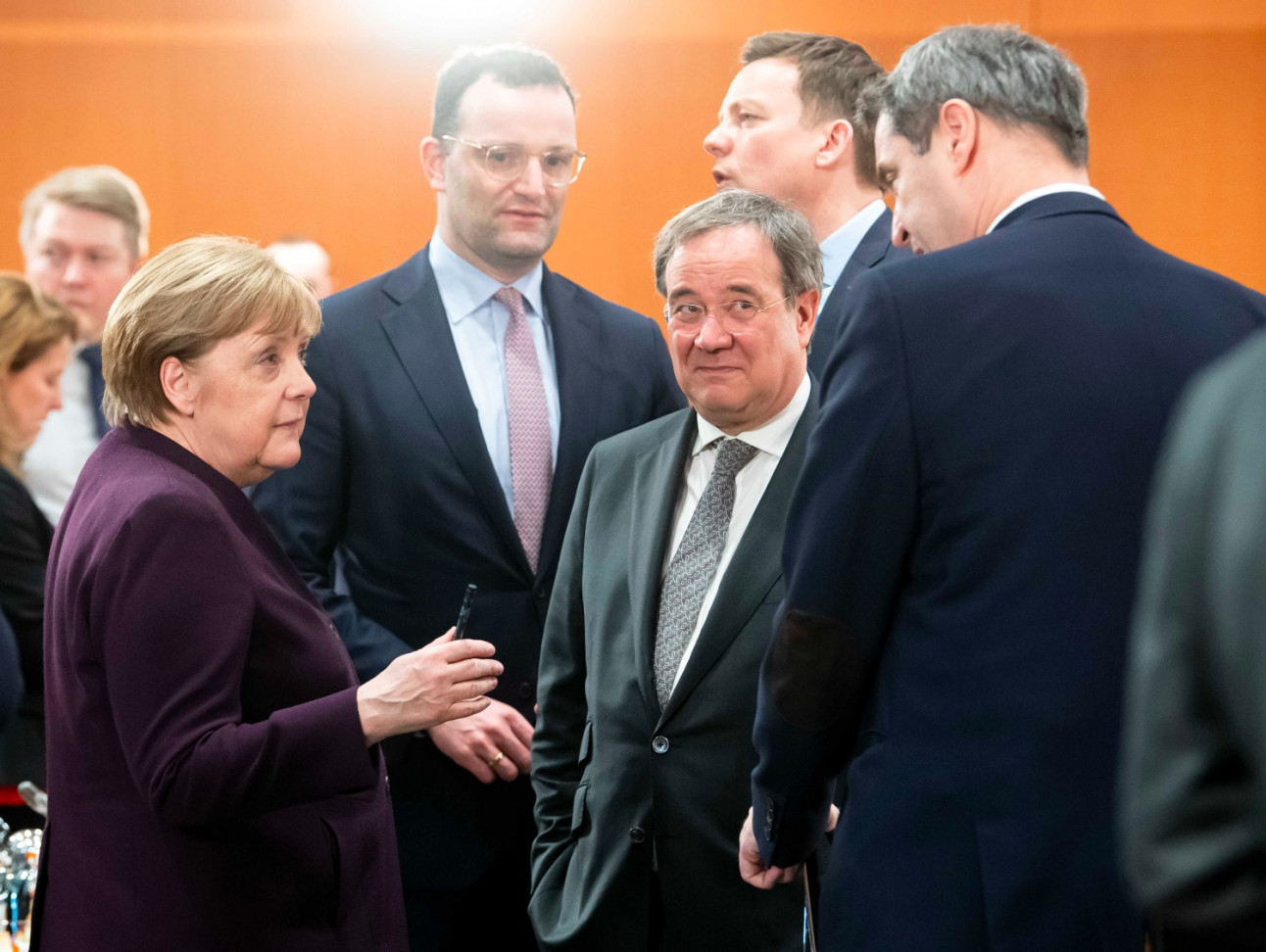 So who in Germany has what it takes to fill Merkel’s shoes?

“It’s a crystal ball question right now,” said Marschall. He said it could be a case similar to 2002 when Merkel had just become CDU chairwoman.

She declined to be a chancellor candidate and the position was offered to Bavarian premier Edmond Stoiber (who lost in one of the narrowest elections in German history against the Social Democrats’ Gerhard Schröder).

“If Laschet thinks he has little chance to win he might be inclined to give this opprotutnity to Söder,” said Marschall.

Will other political parties be excited about the prospect of Merkel stepping down?

“It’s a very special moment,” said Marschall. “It’s the first time in German post-war history that there is no candidate nominated who had the office before. The game is set to zero as we say in German.”

This creates lots of opportunities but it is difficult to know what wil happen.

“It depends on how the parties are viewed, how they can communicate, if they want someone to fill the steps of Merkel or if people would like more of a change,” said Marschall.

In recent years the Green party has done well in the polls, while the SPD has plummeted in support. Could there be a Green chancellor in Germany for the first time?.

“There will be a new chancellor after September. One thing we know for sure is it’s not going to be Merkel.”

READ MORE: Life after Merkel: Is Germany ready to think about what’s next?

Is Germany ready for life without Merkel?

There’s no doubt that Merkel is viewed positively in Germany, and throughout the world.

And she’s seen a popularity boost due to her handling of the Covid-19 crisis.

“She’s very popular now because of the Covid crisis,” said Marschall. “If we had talked a year and a half ago it was a little bit different – there was a little Merkel fatigue. She is of course now in her element. She’s made for managing a crisis.”

Marschall said it is a “big change” after Merkel leading the country for around 16 years.

Whoever takes over will have a huge act to follow.

Marcel Dirsus added: “Merkel is an extraordinary leader and trying to fill her shoes is a thankless task.”

But looking ahead to the election, there are new questions like what kind of government Germany will have?

Marschall said the current coalition made of CDU and SPD will not happen again. “I guess other forms of coalitions could happen with either the Green party and CDU or other combinations of three parties for example,” he said.

FROM THE ARCHIVES: End of an era – What you need to know about Merkel’s planned departure

Is Alternative for Germany (AfD) going to make a comeback?

During the pandemic, support for the AfD has fallen in polls.

But voters – many of them unhappy with the CDU’s more centrist position – propelled the far-right AfD into the Bundestag in the 2017 election, helping them win 12.6 percent of the vote.

If Laschet fails to unite the party and supporters, we could see support for the AfD bolster again.

“Laschet is not very strong in the eastern states,” said Marschall. “The favourite person for the eastern German states was actually (the more conservative) Friedrich Merz, because Laschet is more liberal.

This could be a challenge for Laschet and the party.