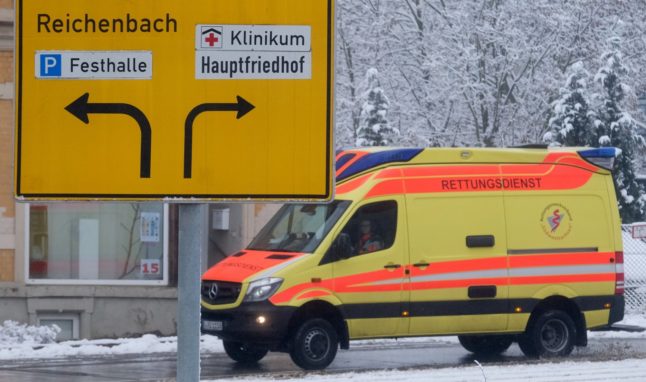 The man, from the district of Freudenstadt, was first infected with Covid-19 in April 2020, according to the state public health office in Stuttgart.

At the end of December 2020, the man was infected again. The patient died of covid-19 pneumonia and sepsis with multiple organ failure in January, according to a report by the WDR, NDR and Süddeutsche Zeitung research network.

“There is no indication that he had one of the new virus variants,” Stefan Brockmann, head of the Epidemiology Unit of the state health office, told DPA.

Freudenstadt was the first district in Germany where a new virus mutation, widespread in South Africa and the UK, was discovered.

According to Brockmann, the man had had previous illnesses, and likely did not develop a strong immunity following the first infection.

The chance that a person will be infected a second time with the coronavirus is very small, and there are only isolated cases where patients have not developed sufficient antibodies the first time.

According to the report by WDR, NDR and Süddeutsche Zeitung, this is likely only the third known death worldwide due to a second Covid-19 infection.

In October, an 89-year-old Dutch woman, who was immunocompromised, was reported to have died following a second Covid-19 infection.

In December, an Israeli newspaper reported that a 74-year-old resident of a care home was infected again after surviving the initial infection in August. The man died from the disease, although he had been tested negative three times in between.

Since the beginning of the pandemic, the Robert Koch Institute (RKI) has reported 2,088,400 proven infections with Covid-19 in Germany.

The actual total number is likely to be much higher, as many infections go undetected. The total number of people who died from or with Covid-19 stood at 49,783 on Thursday. Around 1,762 200 people have recovered.