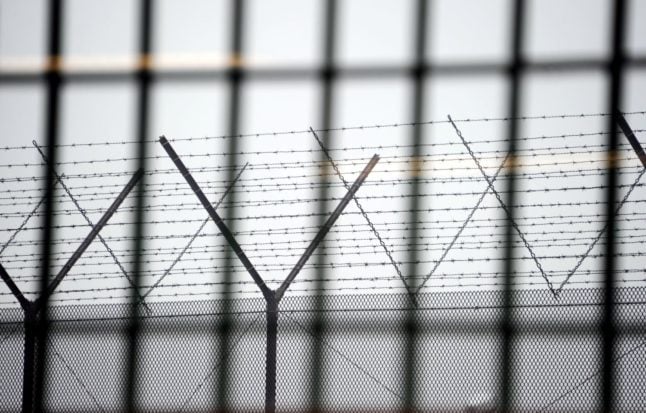 A look out the window at the Moltsfelde youth detention centre in Neumünster. Photo: DPA

In Germany, anyone who tests positive for coronavirus is subject to a quarantine of two weeks. Those who are returning to the country from a risk area also have to quarantine for 10 days, although this can be shortened to five days upon receiving a negative test result.

A self-quarantine is also required for those who have come into direct contact with someone with the coronavirus, or are waiting on a test result.

In addition to high fines, in extreme cases some states are planning on forced admission to special centres, clinics or juvenile detention wards for those who don't comply with the current regulations.

This is already being done in individual cases, but only on the basis of judicial orders. Fines for breaking quarantine orders can also stretch as high as €25,000.

According to the report, central facilities for repeat quarantine offenders will soon be set up Baden-Württemberg.

“These segregation places will be permanently controlled by a guard service,” the paper quoted a spokesman for the state social ministry as saying, who added that two clinics had already been set aside.

Germany's northernmost state of Schleswig-Holstein already plans to accommodate quarantine breakers in the coming weeks on the grounds of the Moltsfelde youth detention center in Neumünster, it said, citing the local district assembly.

Beforehand, police are set to issue them a strict warning.

Brandenburg also wants to set up a central office for quarantine breakers in addition to a hospital or other “suitable facility,” the report said, citing the state's social ministry.

In Saxony, “a shelter” is currently being built for such purposes, according to the Social Ministry. Persistent quarantine breakers could also be housed “in a locked hospital or other suitable accommodation.”

Bavaria's Ministry of Health said that it is usually possible to persuade people to comply “by emphatic instruction” and by pointing out “compulsory isolation and fines.”

As a last resort, compulsory admissions to municipalities, for example to “closed parts of hospitals” could be an option.

Berlin's health administration also did not not rule out compulsory admissions, “for example, also in a hospital,” it said.

Hamburg's social services department said that if there were to be forced admissions, options were available, but did not comment on details.

The plans come ahead of a countrywide meeting on Tuesday between Chancellor Angela Merkel and 16 state premiers to discuss tightening Germany's current lockdown measures in order to stem the rapid spread of the virus.