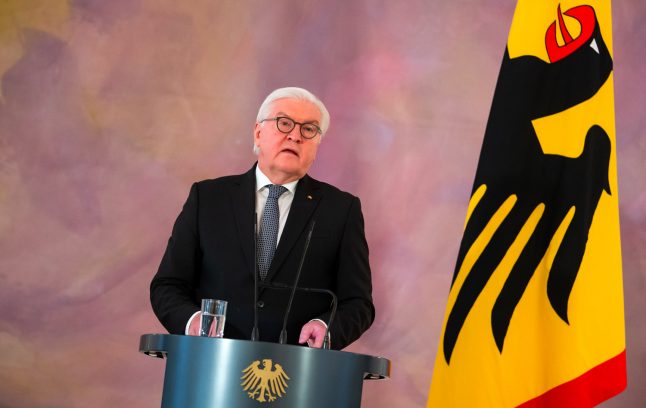 He urged firms to allow staff to work from home “whenever possible”.

“It is more necessary than ever,” Steinmeier said.

Addressing employees, Steinmeier said, “If you have the opportunity and haven't done it yet, work from home. Don't go to the office unless you absolutely have to.”

“We also need to reduce contacts, where at all possible, in the workplace. Less is more, especially these days.”

It came as German politicians mulled introducing tougher restrictions to the country. Authorities are worried about the number of people using public transport, which could be helping to fuel the spread of Covid-19.

There are also major concerns over the virus variants.

'More can be done'

The President of the Confederation of German Employers' Associations (BDA), Rainer Dulger, said that companies and trade unions have so far handled the pandemic situation responsibly, but that “more can be done”.

The implementation of hygiene plans and occupational health and safety rules had resulted in the workplace being “a comparatively safe place”.

“Nevertheless, we now have to further limit contacts and reduce mobility,” he said. “Working at home contributes to this.”

But he acknowledged that it is not suitable for every job.

“It is now important that all opportunities to do home office are used to further limit and push back the incidence of infection,” said the president of the German Trade Union Confederation (DGB), Reiner Hoffmann.

President Steinmeier stressed that too many people were still falling ill with Covid-19 in Germany.

“The high number of people dying from the virus is sad and distressing,” he added.

He said the mutations, such as the variant that originated in the UK, further exacerbate the risk of infection.

According to a representative survey conducted by the opinion research institute Civey on behalf of Spiegel, a majority of Germans are in favour of compulsory working from home in view of the situation.

The survey found 56 percent of the more than 5,000 respondents were in favour of a ban on working in the office, provided that home office is possible. Just under a third of those surveyed were against it.

In neighbouring Switzerland mandatory working from home is to be introduced from Monday.

More and more people in Germany are being vaccinated against the virus, Steinmeier continued.

“This is our light on the horizon.”

But there is still a lot of work to be done, he stressed. “That is why it is now up to everyone,” he said, calling for a “joint effort from the whole of society”.