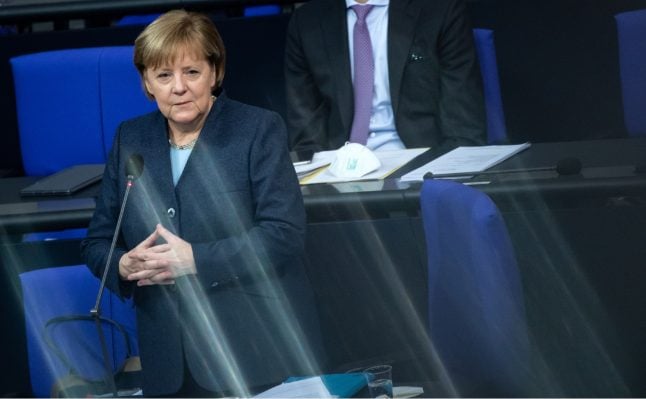 Merkel at a Bundestag meeting in December. Photo: DPA

With just nine months to go before a general election, no candidate stands out in the battle for the chairman post of the party that has dominated German politics for 70 years.

Three men are vying for the job, but have struggled to create momentum with their campaigns overshadowed by the relentless pandemic.

Yet Saturday's vote could lead to a dramatic departure from the middle-ground consensus politics that Merkel has come to be known for internationally, with the veteran politician planning to leave the stage after September's general election.

In the running is Merkel ally Armin Laschet, the premier of Germany's most populous state North Rhine-Westphalia.

But he is lagging in surveys against the chancellor's arch-conservative rival Friedrich Merz, who has indicated he wants a clean break from the Merkel era.

The stakes are high for the vote, described by some as the second most important for Germany this year after the September 26th election.

That is because the winner would be in pole position to lead Merkel's conservatives to the polls and potentially claim her job as she retires after 16 years in power.

But the pandemic has also reshuffled the cards and opened up the possibility that someone else could end up snatching the conservatives' coveted “chancellor candidate” nomination to lead them into the elections.

With the clock ticking down to the vote, the conservative alliance's heavyweights including Merkel's chief of staff Helge Braun have come out to plump for Laschet, dubbed the “continuity candidate”.

Markus Söder, the leader of the CDU's Bavarian sister party the CSU, has also voiced backing for Laschet.

Although he was an early favourite, various gaffes in his handling of the pandemic have pushed him way down public approval ratings.

Merz, a veteran hardliner, has promised to shift the party to the right. But some fear that old divisions could surface under Merz.

His liberal policies may also fail to gain traction with the economy now ailing as successive shutdowns curtail businesses.

Enter Twitter-savvy Röttgen, the outsider campaigning on a promise of modernisation. 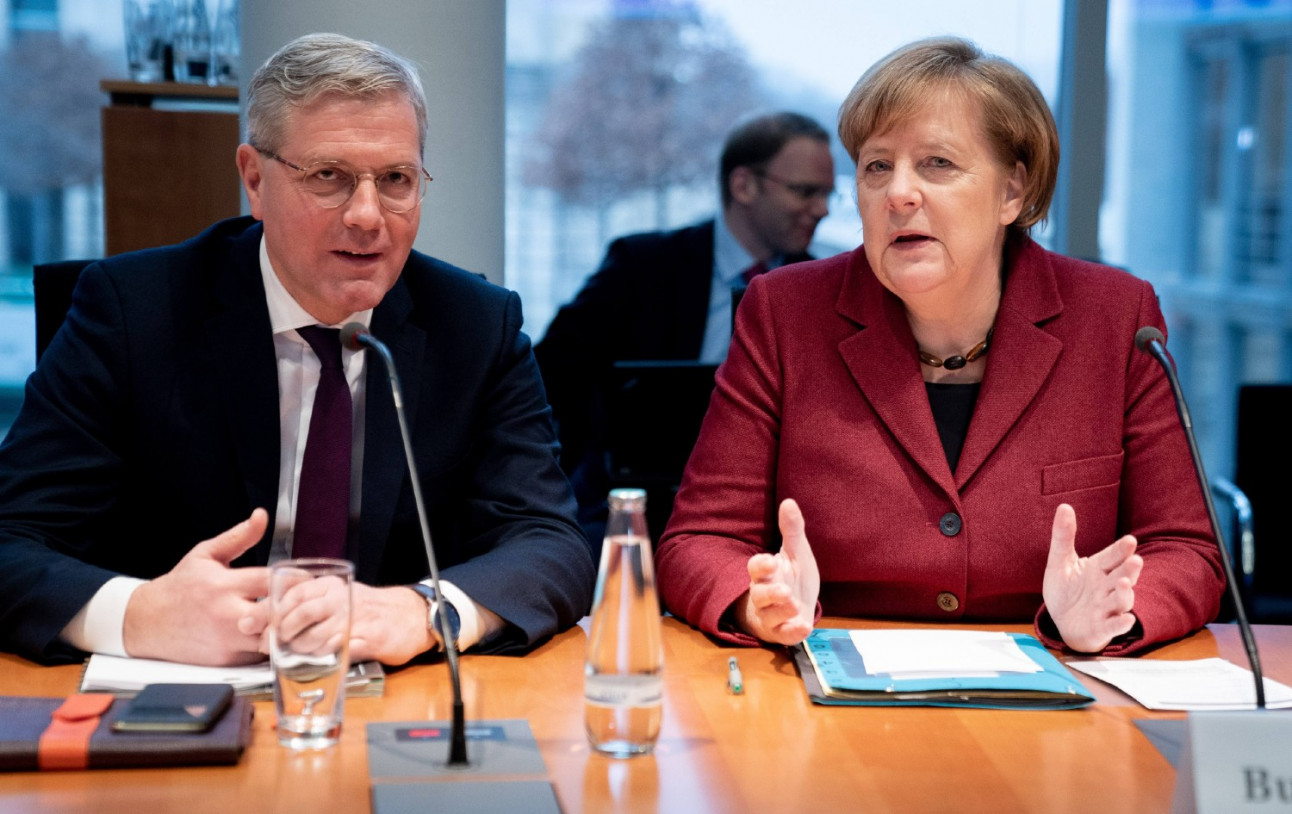 Röttgen and Merkel at a foreign policy meeting in January 2019. Photo: DPA

Without a stand-out option, many voices are calling for the conservativealliance to field someone else as its chancellor candidate.

Most popular at the moment is CSU leader and Bavarian state premier Soeder, whose robust response to the pandemic has won him widespread praise and given him a national spotlight.

Another contender could be Jens Spahn, Germany's popular health minister who has thrown his support behind Laschet but has reportedly been sounding out his own chances behind the scenes.

Whoever wins the CDU leadership will be “under pressure for some time”, especially if the result is close, according to Ursula Münch, a professor of political science at the Bundeswehr University in Munich.

Laschet has 'the tools'

Merkel stood down as head of the CDU in 2018 after 18 years, with the party then haemorrhaging support and facing a deep identity crisis over how to position itself against the resurging extreme right.

She was replaced by her preferred candidate Annegret Kramp Karrenbauer.

But Kramp-Karrenbauer resigned after just months in the job over her handling of a regional election scandal.

Two meetings originally planned to elect a new leader have been cancelled because of the Covid crisis.

The CDU will now hold its first ever digital congress on Friday and Saturday, with 1,001 delegates voting for their new leader on the second day.

If no candidate receives more than 50 percent of the vote, a run-off round will be held. The choice will then be confirmed by postal ballots.

Merkel, whose popularity has soared in the twilight of her reign over her handling of the pandemic, has repeatedly said she would not endorse any candidate.

But on a visit to North Rhine-Westphalia last summer, she said that Laschet “has the tools” to be chancellor.