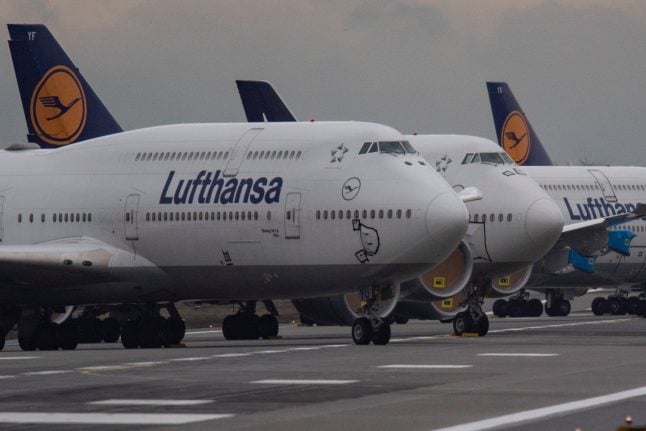 Under the draft plans, the Health Ministry also wants to get mobile phone companies involved with making people aware of the rules when they enter Germany.

On Monday, the Health Ministry sent a draft paper to the other ministries with the planned new regulations, reported Spiegel.

The plans include compulsory testing before departure for all travellers coming into Germany from countries where the two Covid-19 mutations are already rampant. The strict rules are also to apply to countries with a particularly high number of infections.

Countries where the contagious mutations of the virus are spreading fast include the UK, Ireland and South Africa. There is currently a ban on travel from the UK and South Africa until at least January 20th, although residents can now travel into Germany.

READ ALSO: How Brits in the UK can get back to Germany

Under the plans, passengers from these countries (and any others that experience a spread of Covid variants) would only be allowed to enter Germany with a negative coronavirus test from January 14th.

The strict rule, which airlines would have to check during the check-in process, would also apply to all countries where the so-called seven-day incidence (number of coronavirus infections per 100,000 residents in seven days) is above 200.

People entering Germany from these countries would still have to do a mandatory 10-day quarantine, which can be ended after another negative test taken at the earliest five days into self-isolation.

READ ALSO: 'No travel until late May', warns German government

How does this differ from current rules?

The German government recently introduced a 'two-test strategy' under new lockdown rules. It says people coming from 'risk zones' must either arrive with a negative Covid-19 test (no older than 48 hours) – or they can be tested as soon as they arrive in the country.

That's in addition to the quarantine and second test. People affected by the Health Ministry's new tighter regulations would not be allowed to get a test when they arrive in Germany.

Risk zones are areas with more than 50 new infections per 100,000 residents in seven days.

German residents are warned against travelling to these places. The Robert Koch Institute provides an updated list here of risk areas here.

TRAVEL: What to know about Germany's two-test strategy on arrivals from 'risk areas'

'Travel is fuelling spread of Covid-19'

The so-called 'Regulation on Protection against Entry-Related Infection Risks' is needed because travel from areas with high coronavirus rates is contributing to the virus spread in Germany, the paper states.

A “nationwide uniform entry test obligation” is necessary so that information is known on how contagious people are when they enter Germany, the paper states. It adds that “uncontrolled entries from abroad” must be stopped.

For many people who have been travelling internationally despite the current lockdown in Germany, the rules mean there would be an obligation to test before returning to Germany.

This would affect, for example, people travelling to Germany from the USA, which currently has a seven-day incidence of 517.

When it comes to countries in Europe, France has an incidence of 195, Italy just under 200 and the UK more than 600.

South Africa currently reports an incidence of just under 220. But Switzerland, a direct neighbour of Germany, is also far above the red line with 270.

Meanwhile, all travellers to Germany must also register online before their trip. With this data, the health authorities should be able to better check that passengers entering Germany stick to the 10-day quarantine in their home or hotel.

In order not to slow down the economy and business travel, exceptions are built into the regulations. For example, transit passengers, i.e. those travelling through Germany or those who are only in a risk area for a flight change, are to be exempt from the rules.

Likewise, special rules will apply to people dealing with the transport of goods as well as diplomats, politicians and commuters.

For better enforcement of the measures, Spahn also wants to put the onus on German mobile phone providers. With a so-called entry SMS, all travellers logging on for the first time in Germany with German or foreign SIM cards are to be made aware of the strict rules.

Similar welcome messages are already standard in many other countries. The regulation states that these must also be free of charge for foreign roaming customers.

It is also clear from the regulation that the Health Minister does not expect the crisis to end quickly: the strict rules are to apply until at least the end of March 2021.