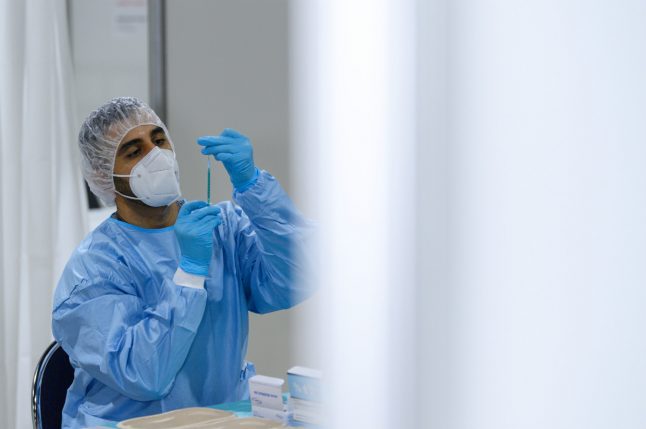 An employee administring a vaccine in Saxony. Photo: DPA

“We now believe that we can potentially deliver approximately 2 billion doses in total by the end of 2021, which incorporates the updated six-dose label,” said the company, referring to an additional dose that could be extracted from each vial of the vaccine.

The Mainz-based company, which developed the jab with US giant Pfizer, is planning to open a new factory in Marburg, Germany, in February, expected to ramp up production capacity by 750 million doses a year.

The site will join five other sites in Germany, Belgium and the US shared with Pfizer.

The company said it had shipped nearly 33 million doses by January 10th, more
than a month after Britain became the first Western nation to approve any vaccine on December 2nd.

BioNTech's announcement comes after the EU agreed to raise its orders of the vaccine by 200 million doses, with an option for another 100 million.

But the vaccination rollout has been criticised across Europe, with sluggish starts in nations like France and the Netherlands.

The company added that Covid-19 will “likely become an endemic disease”, and that vaccines would need to fight against the emergence of new viral variants and a “naturally waning immune response”.

The German company said last week that studies show its vaccine works against the new mutation found in variants uncovered in Britain and South Africa.