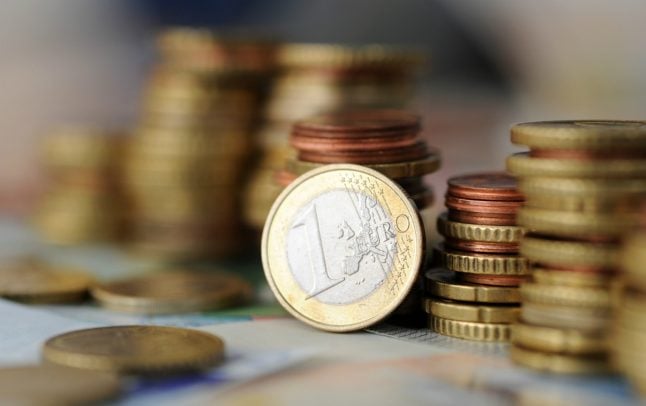 How much might you save on tax this year? Photo: DPA

No more VAT reduction for consumers

Between July 1st and December 31st 2020, consumers in Germany benefited from lower VAT rates after the government aimed to kick start the economy following the first wave of coronavirus.

Now the VAT rates are back up to 19 percent and 7 percent.

The basic tax-free allowance is the amount up to which your income remains tax-free. After that it is taxed according to your tax rate.

Bye bye 'Soli' (at least for most people)

At the start of January 2021, the solidarity surcharge (Solidaritätszuschlag or Soli) was abolished for around 90 percent of taxpayers, and a further 6.5 percent pay less.

As a result, about 96.5 percent of those paying taxes are now financially better off. The highest earners will still pay the charge in full.

Taxpayers with a small to medium-sized incomes benefit in particular from the changes.

The tax level for paying the Soli will be raised to such an extent that parents of two children or more will only pay it if they earn a combined €151,000. Single people meanwhile will have to earn between €73,000 and €109,000 gross to still face payments.

READ MORE: 'One of the biggest tax cuts in German history': What the Soli change means for you 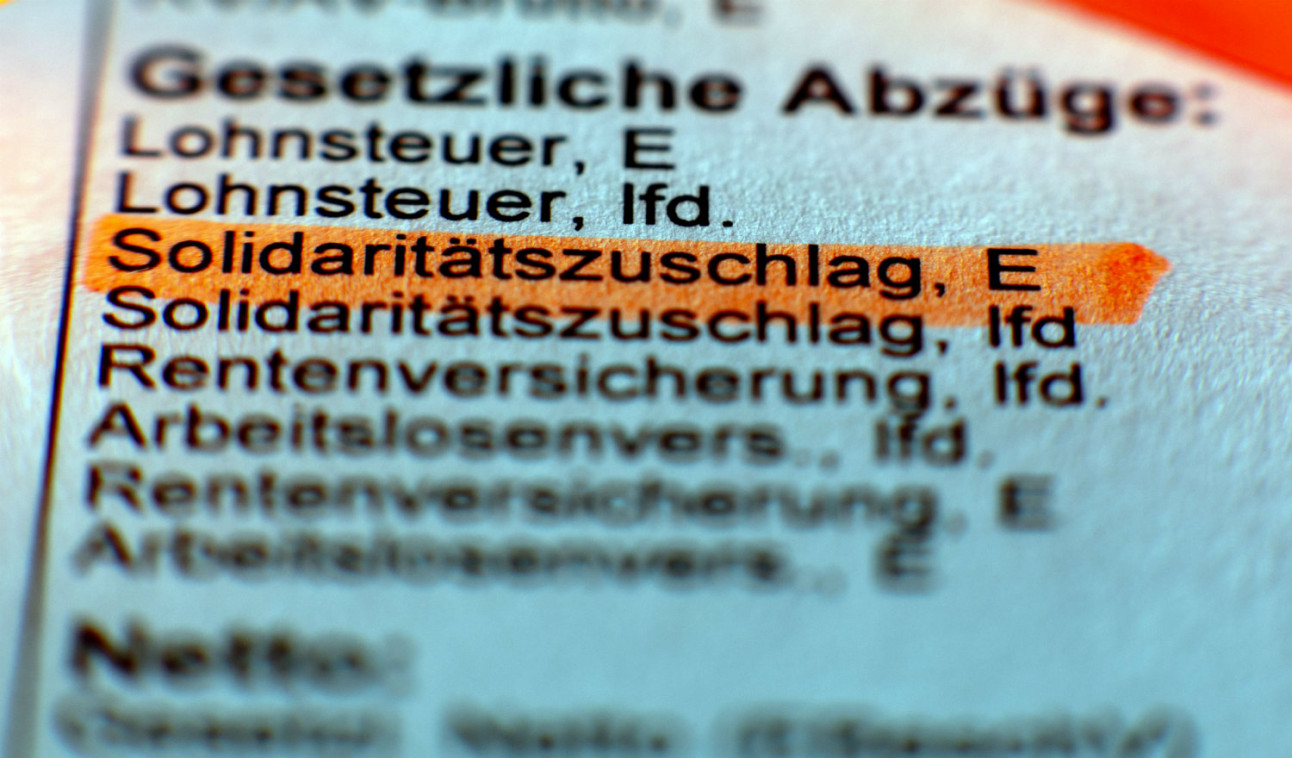 There's a bit of good news for people working in low-paying industries such as the hospitality sector. The minimum wage has increased this year by €0.15 from €9.35 to €9.50 per hour.

And that is just the beginning, the Mindestlohn (as it is called in German) is going to rise in stages across the year until it reaches €10.45 by the beginning of 2022.

Another wage increase involves those doing training programmes. From the beginning of this year they receive a minimum of €550.

Tax relief for working from home

Germany is planning a tax rebate for people who are working from home (known as 'Home Office') during the pandemic. The aim is to offset the cost of things like electricity and heat which people are using more of while at home.

This is the case even if the employee has no separate room for working in. Previously, employees could not receive any deductions to tax when working from home if they worked in the same room they slept in (for example people with studio flats).

The law on this allowance still needs to be finalised.

READ ALSO: Germany plans tax rebate up to to €600 for home office workers

There are changes to the commuter allowance (Pendlerpauschale), which is treated as a part of your work related expenses that you can subtract from your end of the year income statement.

READ ALSO: These are the changes to driving laws in Germany from 2021

However, low earning pensioners have a nice surprise in store for them this year. The basic pension (Grundrente) for low earners will come into force.

The bill, which caused years of debate in government, will apply to all those who worked for at least 33 years but did not earn enough to gain a satisfactory pension in their old age.

Those people affected will receive a 'top up' on their pension payments.

The basic pension has been criticised for the complication involved in calculating it.  People affected do not have to apply for it, it is paid automatically.

Meanwhile, there is more money for pension recipients, but only those in the east of Germany – and only a 0.72 per cent increase on payments. Pension recipients in western Germany will not see any increases.

READ ALSO: How to understand your German payslip

The standard rate for unemployment benefit II or Hartz IV recipients has gone up from €432 to €446 per month for single adults. 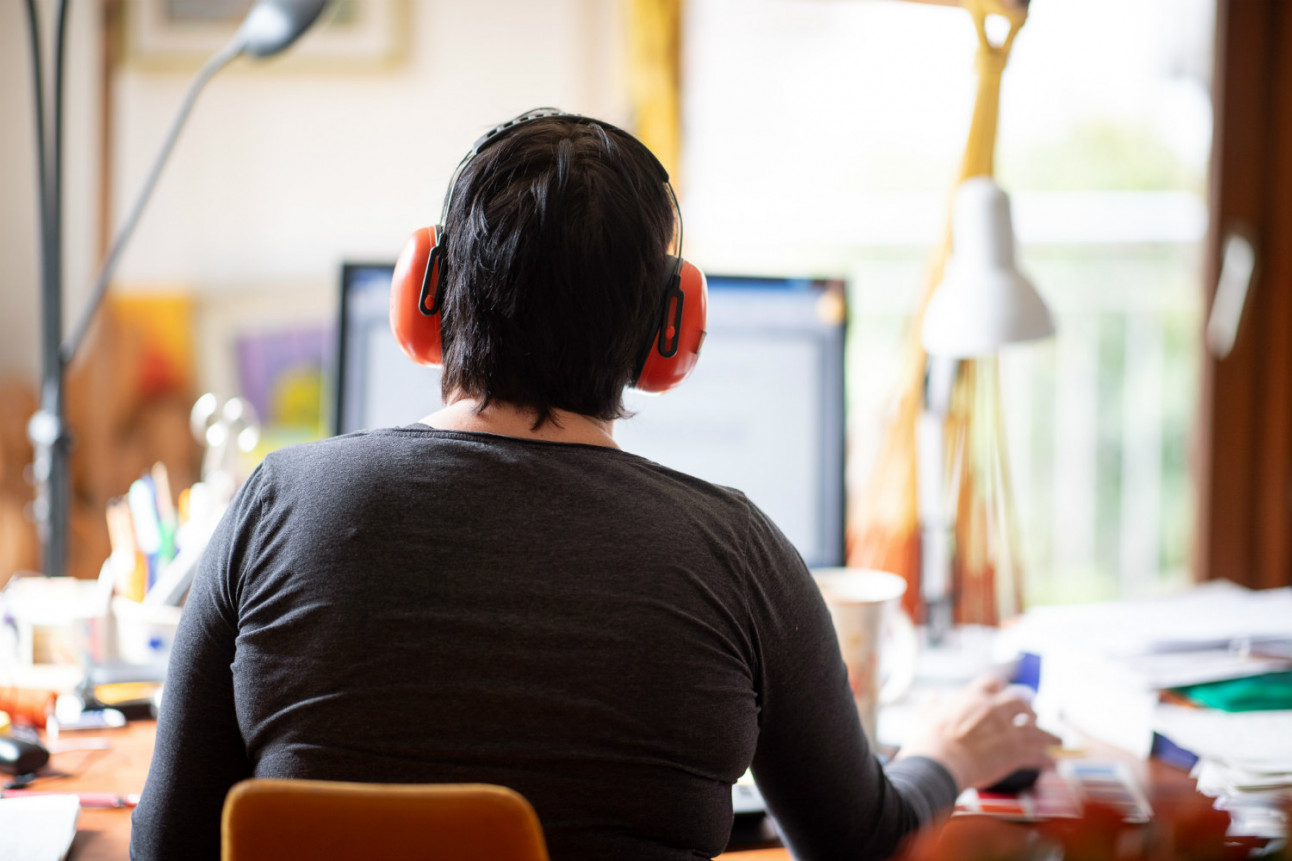 Many people have been working from home during the pandemic. Photo: DPA

The child supplement (Kinderzuschlag) for families with low incomes has increased this year to a maximum amount of €205. Parents whose income is just above the Hartz IV welfare level are entitled to this additional supplement to child benefit (Kindergeld).

It's not only Kindergeld that's been raised, but also the Kinderfreibetrag, or the amount for parents which is exempt from taxation. That has gone up €500 to a total of €8,388.

Parents can also benefit from another tax exemption, the Freibetrag für den Betreuungs-, Erziehungs- oder Ausbildungsbedarf, or the allowance for care, education and training needs. That's gone up by €288 per month to €2,928 which can be deducted from taxes.

READ MORE: From Kindergeld to tax benefits: What changes for families in Germany in 2021?

There are changes to tax relief and benefits for people with disabilities in 2021. Among the changes, the lump-sum tax-free allowance, which helps pay for disability-related aids, has been doubled.

Taxpayers affected have the possibility to apply for a lump sum of money instead of proving the expenses for daily disability-related living needs individually for their tax return.

Anyone who cares for a relative in need of help at home without being paid can claim a lump-sum care allowance for tax purposes.

Whereas the tax office previously applied a lump sum of €924 for this purpose, this amount will be increased to €1,800 in the tax year 2021.

The prerequisite is that the care is provided in the home environment, i.e. either in the relative's home or at the home of the person providing the care.