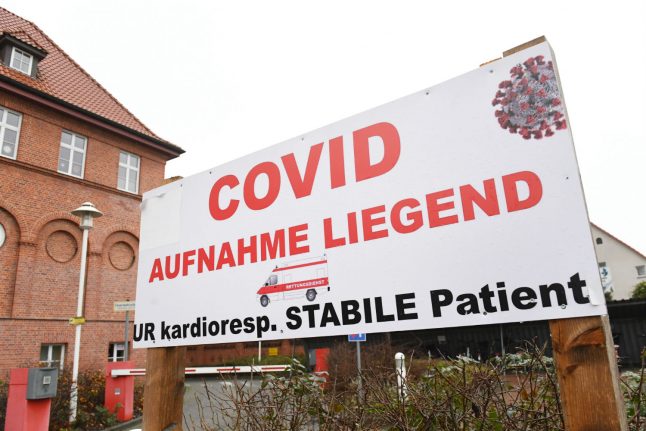 A hospital in Demmin, Mecklenburg-Western Pomerania.

Additionally 31,849 people were infected with the virus within 24 hours.

The previous peak of 1,129 new deaths was reached on December 30th. The highest number of daily infections, or 33,777, had been reported on December 18th.

No clarity until mid-January?

When interpreting the case numbers, it should however be noted that in the weeks around Christmas and New Year, likely fewer people visited a doctor, and fewer tests were performed.

“This may have resulted in fewer pathogen detections being reported to the relevant health authorities,” the RKI wrote in its latest situation report.

Data for the seven-day incidence (number of new infections per 100,000 residents of an area within seven days) should also be evaluated with caution, said the RKI, until more robust figures are available.

According to Chancellor Angela Merkel (CDU), Germany won’t have clarity about the how the holidays impacted the rate of infection until January 17th.

Germany's seven-day incidence stood at 136.5 on Friday morning. The previous record had been reached on December 22nd, with a rate 197.6.

The differences between the federal states are quite large: Saxony had the highest rate of 297.6, followed by Thuringia with 256.9. The northern city-state of Bremen had the lowest value, or 73.5. 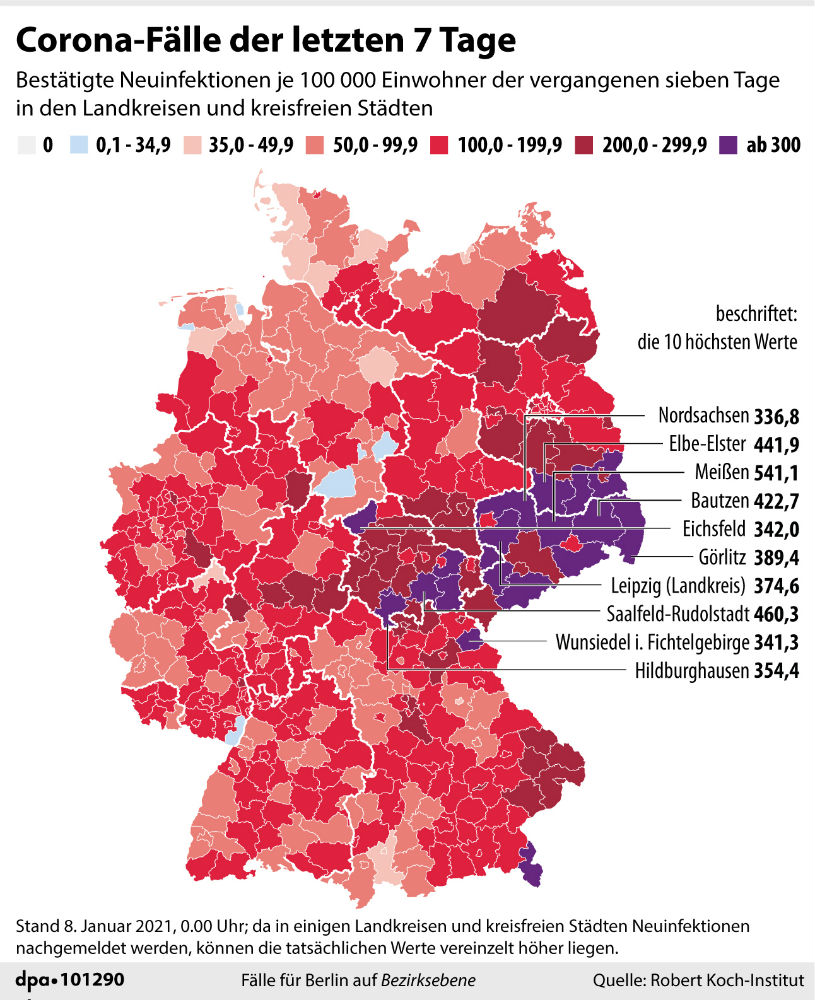 Since the beginning of the pandemic, Germany has reported 1,866,887 coronavirus infections. The total number of people who died from or with the virus increased to 38,795 on Friday.

All German states are set to receive a new shipment of BioNTech's Covid-19 vaccine today, amounting to a total of nearly 668,000 vaccine doses. The shipment is to go directly from the manufacturer, BioNtech, to the states' 27 delivery centres.

A new variant of the coronavirus has also been detected in Saxony. The Ministry of Health in Dresden announced on Thursday that the virus mutation had been found in a person from Dresden who had returned from Britain, where the variant was detected for the first time on December 24th.

READ ALSO: Fact check: What's the latest on Covid-19 (and the new variant) in Germany?

It was previously found in a woman in Baden-Württemberg who had arrived from the United Kingdom. According to scientists, the variant is significantly more contagious than the previously known version.

In order to get the high infection figures under control, Merkel and Germany’s 16 state premieres agreed on a tighter partial lockdown, set to stretch until the end of January, with the possibility of extension to be discussed on January 25th.

Hamburg is the first state to introduce the new measures on Friday.

They will then go into effect in neighbouring Lower Saxony on Sunday, and in the rest of the country from Monday.