In the beginning of November 2020, German Chancellor Angela Merkel announced a partial lockdown as a second wave of coronavirus swept across Germany. The new lockdown, which now looks set to last until the end of January, limits travelling and socializing and has closed bars, restaurants and cultural institutions. The public health ministry continues to emphasise the importance of social distancing, mask-wearing and proper personal hygiene.

For vulnerable groups, following the rules is not always straightforward. In the early months of the novel coronavirus pandemic, several reports across Europe highlighted concerns about the welfare of asylum seekers in reception centres.

“Refugees who have only a limited understanding of the German language are dependent on social media or friends in order to be informed. The refugees from the camps in Eisenhüttenstadt, Wünsdorf, Doberlug-Kirchhain and of course from all others, smaller homes in Berlin/Brandenburg, don't get the seriousness of the situation from reliable sources,” stated Women in Exile & Friends, an NGO operating in Germany.

One of their primary demands to help the residents of these facilities was: “Multilingual information, transparency of the authorities and the right of the refugees to have a say in initial receptions centres and other camps.”

Taking a leaf out of the Federal Office for Migration and Refugees’ (BAMF) book, whose official website  is available in six languages including Arabic and French, the State Office for Refugee Affairs Berlin (LAF) – which is responsible for the registration of new arrivals and providing them with initial healthcare – has taken to providing information to residents and others alike in a multilingual format.

“Usually the German administration hands out important information on a printed pamphlet in German. How typically German!” chuckles Sascha Langenbach, one of the press officers of the LAF. Their solution to the logistic challenges of printing fliers in several languages and reaching a large number of people in as little time as possible: podcasts.

Langenbach went on to add that the LAF was the first state authority to build a 24/7 taskforce to coordinate the issues relating to the coronavirus and the inhabitants of the facility. The team was also first to release information about the pandemic and quarantine measures on the LAF’s official website via a multilingual podcast supplemented by information documents in over ten different languages back in February and March.

As the country neared a second lockdown, the LAF, having learnt from past experiences, decided to release new podcasts that aimed at informing the residents well in advance about the quarantine situation at LAF accommodations as well as disseminating general information about the pandemic to the public. The information originally compiled by the facility’s medical officer, Patrick Larscheid, was translated into languages from three continents, including Amharic, Somali, Sonari, Tigrinya and Kurmanji.

The podcasts answered questions such as how everyday necessities could be procured, how best to social distance, and whether the use of washrooms and laundry facilities would be affected as well as who to contact in case of further queries. Downloadable information posters in the same languages were included with the podcasts. These also mentioned that residents would receive all three meals everyday so as to reduce the use of the communal kitchens.

Meanwhile, podcasts and posters on general Covid-19 hygiene tips were made available in more languages including Bulgarian and Romanian. Langenbach explains that the outreach was extended to people not living in asylum centres, such as members of the Roma community travelling to Germany from Eastern Europe for the winter. The LAF took it upon themselves to caution these seasonal visitors as well about the protective measures to be taken through a videocast.

“But it wasn’t just any normal videocast. You see, we learnt that the Roma do not trust any information provided by state authorities, given their circumstances back home. So we produced a videocast featuring a Roma interpreter who conveyed all the necessary information in their native language to establish trust. We then distributed it directly among the various NGOs aiding this community,” states Langenbach. 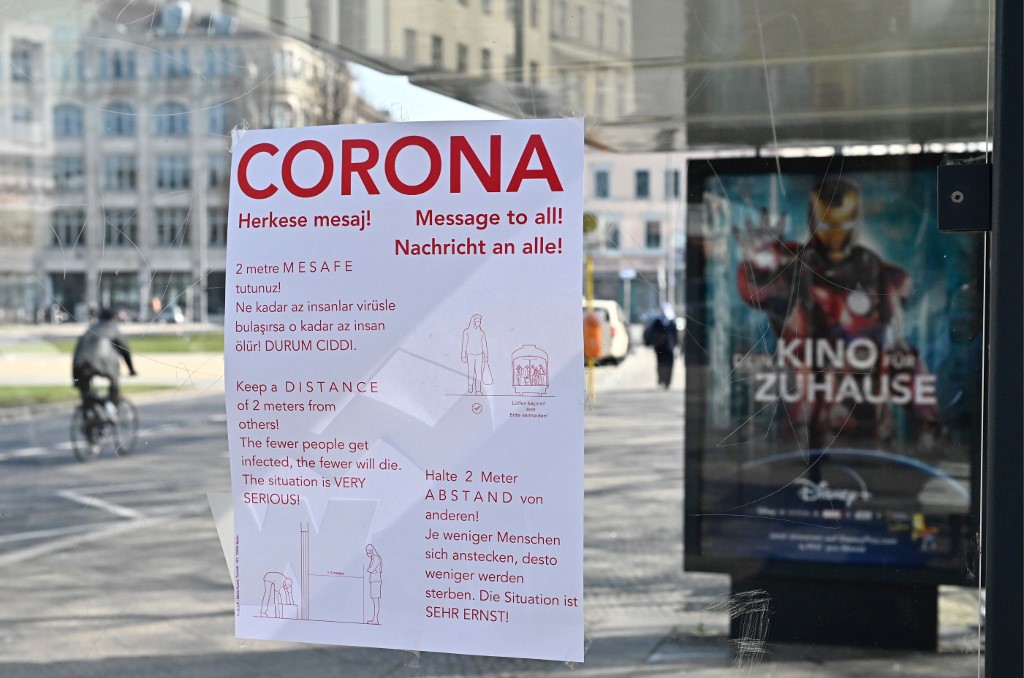 Other authorities and NGOs in Germany and beyond are finding ways to communicate crucial information in multiple languages. PRO ASYL, a German non-profit that provides legal advice to asylum seekers has been publishing information on Covid-19 and how to protect against it in several languages, along with the various precautionary measures being taken by federal offices, on its website. Similarly, a Facebook page run by Dutch volunteers seeks to provide contextual information to immigrants in the Netherlands by translating coronavirus-related news broadcasts into English.

READ ALSO: How translators in the Netherlands are making Covid-19 information more accessible

Spreading awareness and adequately informing the public is important, especially in times of disinformation. However, following these guidelines and regulations, especially that of social distancing, has been a problem amid Germany's housing crisis. Reception centres have been accused of being cramped and inadequate, with several NGOs calling for the decentralization of accommodation for asylum seekers.

“While numerous measures to restrict contact are prescribed to protect against the coronavirus, tens of thousands of people in Berlin live in refugee [and] homeless shelters, in confined spaces in multi-bed rooms, with shared bathrooms and/or shared kitchens… another 20,000 live in collective accommodation of the State Office for Refugee Affairs LAF. In this situation it is impossible to adhere to the prohibitions on contact and distance,” said Women in Exile, We’ll Come United Berlin/Brandenburg, the Refugee Council Brandenburg and other organizations in a joint statement in April. 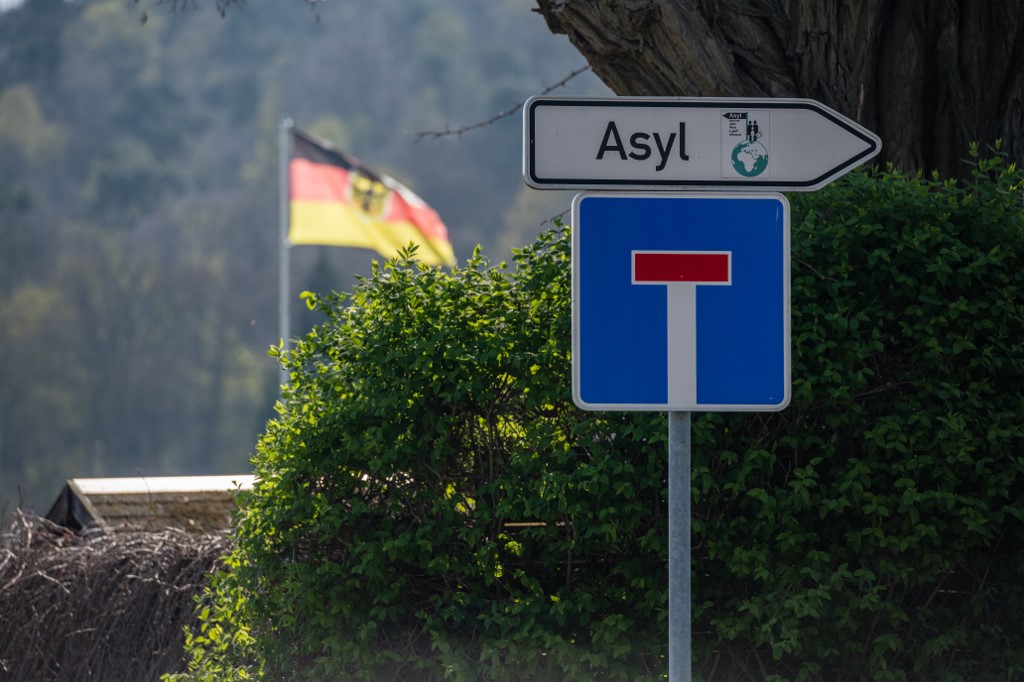 A sign pointing to an asylum centre in the town of Halberstadt in Saxony-Anhalt, which was placed in quarantine in April after a number of people tested positive for Covid-19. Photo: Jens Schlueter/AFP

In June 2020, the city council of Potsdam agreed to slowly do away with shared accommodations for refugees and house them in apartments or units with private bathrooms and kitchens. Meanwhile, a human rights NGO, the Bavarian Refugee Council, appealed for an immediate dissolution of mass accommodations, suggesting that the residents be housed in apartments or empty hotels.

When asked about the feasibility of such a solution, Langenbach commented: “If they can achieve it then that’s wonderful. Good for them. However it is not possible in city states such as Berlin or Hamburg. It is logistically not possible to house refugees in these empty hotels because it would disrupt their routine lives and they would have no facilities to cook or clean. Moreover our staff would not be able to attend to them efficiently if they were scattered across the cities. The families would feel uprooted if they had to worry about how to send their children safely to school in an unfamiliar locality.”

As for apartments, Langenbach alludes to the country’s growing housing problem where locals and newcomers alike struggle to find affordable long-term accommodation. “I have had to change accommodations several times this year. I moved into my apartment very recently. So I’m sure it is hard for the others as well.”

At present the LAF’s facility in Reinickendorf houses around 18,600 asylum seekers in condominiums and has a maximum capacity to house 20,000 people. In addition to this, the LAF has also repurposed one of the “tempo-homes” or container villages that were built in the outskirts of Berlin between 2014 and 2016 as a quarantine station.

These temporary accommodations were initially set up as a measure to deal with the huge influx of asylum seekers in 2015. They were intended to be a short-term solution and were viable for a maximum of three years. The container village being used as a quarantine station has the capacity to house 300 coronavirus positive-tested residents for a 14-day period along with medical staff who speak a variety of languages.

A project to replace these tempo-homes is also in the pipeline. The plan is to build around 38 concrete buildings over the next few years that should be durable for at least 80 years. The Berlin Refugee Council, an NGO that has repeatedly stressed the need for flats for refugees to live in, says that the new buildings will at least ensure privacy for the residents and their families.

Even beyond the coronavirus pandemic and Germany’s national lockdown, the problem of finding appropriate housing persists. As Langenbach pointed out: “Many asylum seekers stay on for much longer in the reception centres and short term accommodations even after having their applications approved due to the housing crisis.”

Tanushree Basuroy is a keen traveller and cultural storyteller from India. She is currently pursuing an Erasmus Mundus Master’s degree in Journalism, Media and Globalization at the University of Hamburg, Germany. She is especially interested in travel journalism and the representation of women in pop culture. Find more of her work here. How a Cyprus charity realigned its services to face the pandemic Introducing ‘Changing the narrative’: A new series and approach to migration reporting Open Home: How a group of citizens responded to Luxembourg’s housing crisis by welcoming refugees into their homes