Trump supporters stormed the US Capitol on Wednesday, and tried to break through a police barrier. Photo: DPA

“I deeply regret that President Trump has not conceded his defeat, since November and again yesterday,” Merkel said, adding she was “furious and saddened.”

“Doubts about the election outcome were stoked and created the atmosphere that made the events of last night possible,” she said, adding that her shock was certainly shared by the “millions of people who admire America's democratic tradition”.

Angry Trump supporters stormed the Capitol, the seat of the US parliament, on Wednesday to protest the certification of presidential election results after a fiery speech by the Republican falsely claiming the November win of Democrat Joe Biden was fraudulent.

Both chambers of Congress had to suspend their sessions, parliamentary halls were evacuated and members of parliament were taken to safety. One woman, reported to be a civilian, was killed in the riots for initial unclear reasons.

Merkel welcomed a statement by President-elect Joe Biden as well as “many reactions from both major parties of the US” which she said reassured her “that this democracy will prove to be much stronger than the attackers and rioters”.

She lamented the “tragic” loss of life in the chaotic scenes but said the fact that lawmakers had returned to work overnight was a “sign of hope”.

“Now it is clear with the confirmation of the election victory of Joe Biden and Kamala Harris, the United States of America will, as it should, in less than two weeks open a new chapter of its democracy,” she said.

“That means the forces of democracy have prevailed — that is something I always knew about the United States and expected.”

But she warned that the “disturbing” images from the Capitol would be seen “in other places around the world (as) not exactly a badge of good democratic processes”. 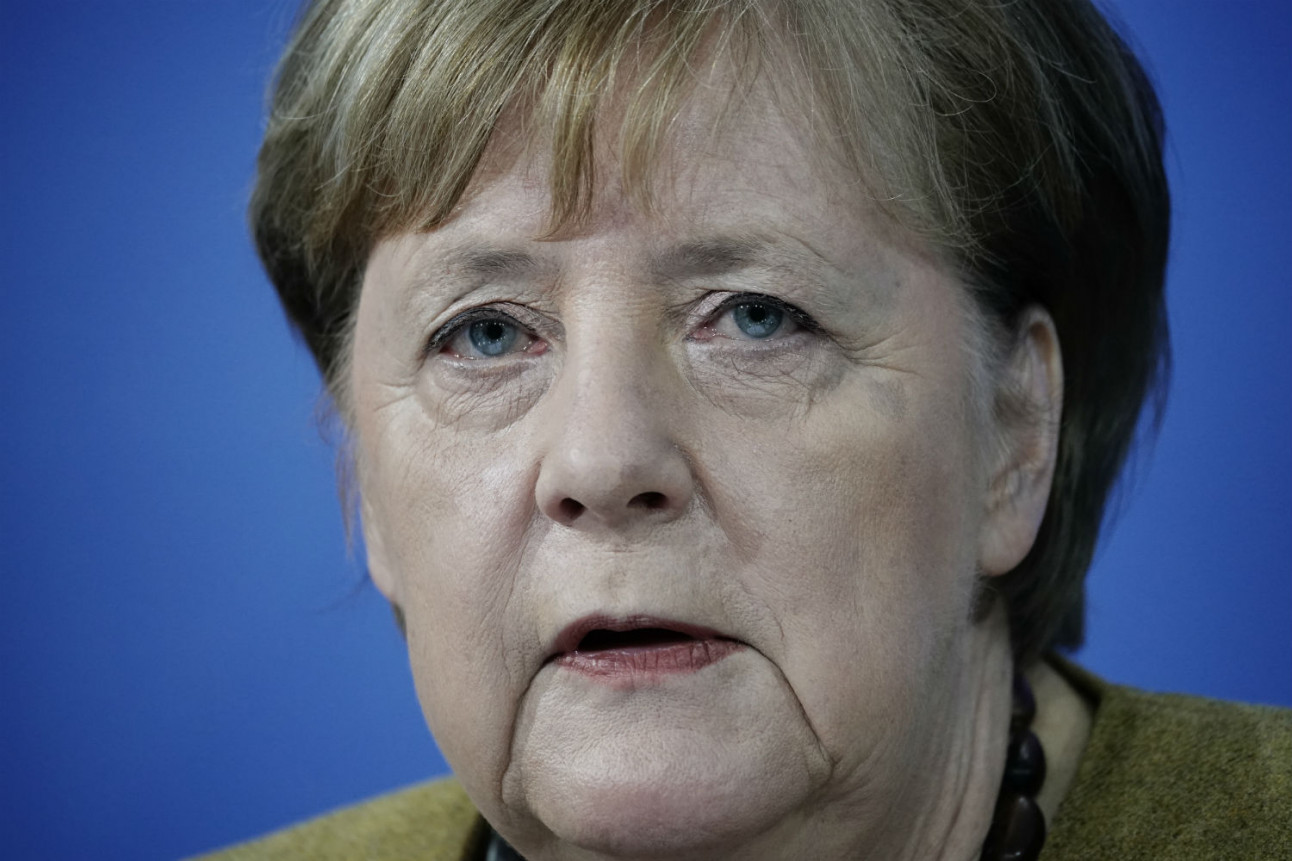 “It is thus all the more important that the democrats prevailed,” she said.

READ ALSO: 'The world may respect us more': How Americans in Germany reacted to US elections

Following the onslaught of violent protesters in the Capitol, several top German politicians and media expressed their disbelief and disgust.

“We came to realise how vulnerable even the oldest and most powerful democracy in the world is,” said German President Frank-Walter Steinmeier.

German President Steinmeier -the country’s head of state- says “The scenes that we saw are the result of lies and ever more lies.”

“We came to realise how vulnerable even the oldest and most powerful democracy in the world is”#WashingtonDC #Capitolpic.twitter.com/FHFIVzzA5R

German Foreign Minister Heiko Maas on Wednesday called on supporters of President Donald Trump to “stop trampling on democracy” after they stormed the US Capitol building in anger over his election defeat.

“Trump and his supporters should finally accept the decision of American voters and stop trampling on democracy,” Maas tweeted.

“The enemies of democracy will be pleased to see these incredible images from Washington DC,” he added. “Inflammatory words turn into violent actions.”

“The peaceful transfer of power is the cornerstone of every democracy. A lesson once taught to the world by the USA. It is a disgrace that Trump is undermining it by inciting violence and destruction,” he tweeted.

The peaceful transfer of power is the cornerstone of every democracy. A lesson once taught to the world by the USA. It is a disgrace that @realDonaldTrump is undermining it by inciting violence and destruction. Dear Senators, dear Representatives, stay safe! We are with you.

Joe Biden, who beat Trump in November's election “has a tough job ahead to bring Americans back together again,” Scholz wrote.

Ursula van der Leyen, the German head of the European Commission, tweeted that “I believe in the strength of US institutions and democracy. Peaceful transition of power is at the core”

I believe in the strength of US institutions and democracy. Peaceful transition of power is at the core. @JoeBiden won the election.

I look forward to working with him as the next President of the USA. https://t.co/2G1sUeRH4U

Several German media outlets expressed their outrage at the images they saw from the US, saying they more closely resemble those they have only seen elsewhere in the world.

The images “recall the scenario of a military coup or a Banana Republic gone off the rails,” wrote the Berliner Morgenpost.

It added that “Trump carries the blame” for inciting the violence and hatred which broke out.

Spiegel Online wrote that “every additional day with Trump in power damages the US,” adding that Trump has especially hurt the US and democratic values in his “last, darkest time in the presidency”.