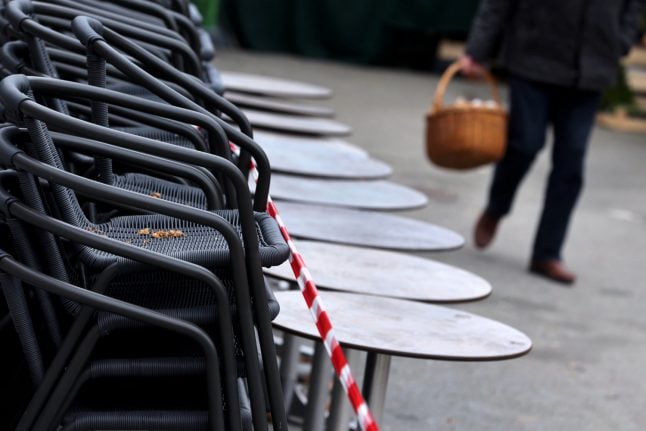 Chancellor Angela Merkel and state leaders have been discussing measures such as local movement restrictions and tighter contact rules to limit the spread of coronavirus.

Now they've decided to restrict the radius of movement drastically for people who live in Covid-19 hotspots, DPA reported on Tuesday.

When a district hits an average of 200 coronavirus infections per 100,000 residents in seven days, those living there will only be allowed to travel a maximum of 15 km from their home, according to the draft agreement.

So far, this type of travel ban is only in place in the state of Saxony (since December 14th).

According to the draft decision paper, more than 70 districts in Germany have an incidence of over 200.

Chancellor Merkel had been pushing for this order to come into force in regions with an incidence rate of 100 infections per 100,000 people in seven days. If Merkel got her way, this rule would then apply to most of the country, effectively bringing regional travel to a complete standstill.

According to Tagesspiegel, just 99 districts or cities have an incidence of less than 100. In total, there are 294 districts and 107 independent cities in Germany.

Currently people across Germany are urged to stay at home as much as possible and not travel domestically or internationally. But there is no ban on it.

Shutdown to be extended – but how tough will it be?

The draft plan so far is for the current lockdown measures – which include the closure of non-essential shops, restaurants and leisure facilities, to be extended until at least the end of January. The measures were due to expire at the end of Sunday January 10th.

Here's what else is on the table:

– According to the Tagesspiegel, the government and states are considering tightening contact restrictions. It could mean that one household would be allowed to meet one other person from a different household.

So far, the rule is: one household plus one other household with a maximum of five people (under 14s not included).

– The government and states will also likely discuss curfews.

In Bavaria, there is a curfew between 9pm and 5am throughout the state, with exceptions for professional reasons or emergencies. The situation is similar in Baden-Württemberg and Saxony. In North Rhine-Westphalia there is no state-wide order, but there are curfews at the district level.

Curfews are also in place in other European countries, including France.

– Merkel and state leaders may also consider giving a 'stay at home' order to residents in hotspots in Germany to try and limit the spread. There are concerns over a spike in mid-January due to contact restrictions being eased at Christmas.

– The issue of schools and childcare will also be on the agenda. German officials have said that education is a priority and this should be the first sector to reopen after any shutdowns.

We'll report on the final decisions when they're announced.

Merkel is also intervening on the issue of vaccine shortages.

According to Spiegel, a meeting with the Chancellor and responsible ministers is planned for Wednesday. Among other things, they will discuss the question of how additional vaccine production can be supported by the federal government.