The Covid-19 pandemic has not only changed the way we live, but also led to a period of severe economic uncertainty. Thankfully, the German government is offering extensive financial support not only for affected companies but also for employees and self-employed people.

But if you’re an international resident, you may be unsure where to get advice on the support measures that are relevant to you. The Local has partnered with ottonova – Germany's first fully digital health insurer – to offer you a guide to the state support you may be entitled to and how you can take care of your finances in turbulent times like these.

Health costs have quite an impact on your finances. Find out more about special rates for expats with ottonova's digital health insurance
Federal Finance Minister Olaf Scholz has said “this crisis is about standing together in solidarity” – and a wide range of support is available for those in need.
Government aid is available to business owners and freelancers
The aid announced is available to self-employed small business owners and freelancers. Providing that you can prove your income in November, December or January was less than during the same period a year before, you can apply to receive 75 percent of the difference via the ‘Novemberhilfe’ website.
No tax return is needed, and you don’t need to be a German citizen to apply – it’s enough to be paying tax into the system and have a ‘Steuernummer’, or tax number.
If you own a company, you're able to apply for loans of up to 25 percent of the previous year’s turnover from the state-owned KFW bank via their website. These loans are fully backed by the federal government and requests can be made for up to €800,000. Fixed at three percent interest, they are to be repaid over ten years, with no payments required for the first two years. Business owners can apply for these loans until the middle of next year.
As a self-employed entrepreneur, you're also able to access up to €5,000 in direct help from the KfW via the same website. Furthermore, you'll be paying less for electricity, with environmental levies being abolished. Your pension funds will also be protected, with the government maintaining contribution levels through their borrowing. 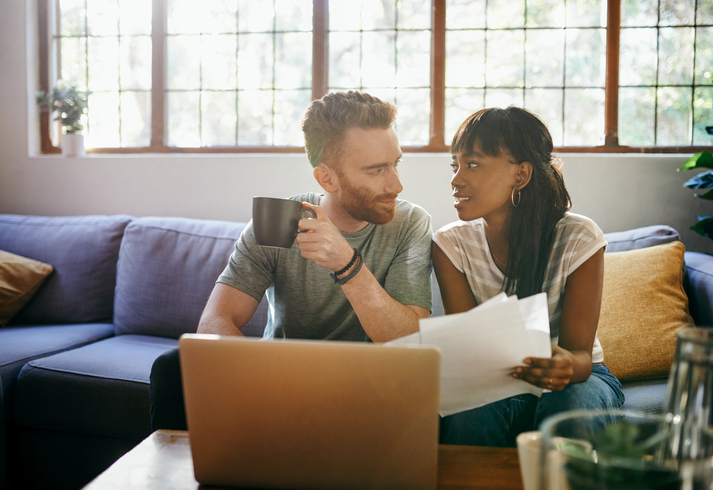 Photo: Getty Images
Tax support for working from home
The German government is also ready to provide support for millions of people in terms of the personal tax burden. If you're working from home, the government is planning a tax rebate of up to €600 to help offset higher costs for heating, electricity and other home office costs. Make sure you've kept relevant documentation, including bills and receipts from office supply stores, for example.
While it’s the German tax system that has allowed the government to give such generous aid during the pandemic, many international residents may be paying far more in taxes than they need to. Fortunately, a variety of apps allow you to lodge a tax return in less than an hour, with minimal fuss. This option may suit you if you face both time and language barriers to sitting down with an accountant.
Check your monthly health insurance costs
Changes to federal law in recent years, along with the coronavirus crisis, could leave a €16 billion gap in public health insurance balances for 2021. While part of this hole will be plugged by a federal grant and contributions from company reserves, customers will still have to pay more each month to cover the remaining costs of up to €3 billion.
Benefit from the first fully digital health insurance with special rates for expats – find out more about ottonova
Unlike ottonova, the vast majority of health insurers in Germany will be raising their premiums next year. Even before Covid-19, studies had warned that premiums would need to rise in the coming years to cover Germany's ageing population.

Both private and public health insurers will raise their premiums – but ottonova has announced a price freeze until 2022, making it the only German private insurer to make that promise at this time. As a completely digital insurer without a bricks and mortar presence and the associated overheads, the company is able to pass on savings to their customers.