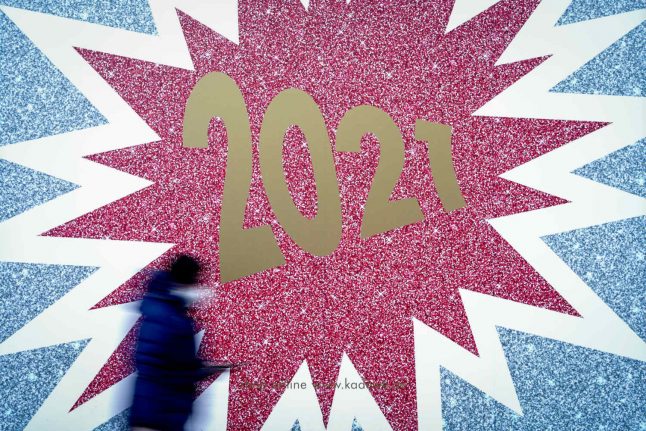 A person walking past a shop sign in Berlin. Photo: DPA

Germany was on Tuesday January 5th set to extend lockdown measures until at least the end of the month. However, there are calls for it to be extended further, and for tougher restrictions.

Germany is still struggling with a high number of coronavirus deaths and cases.

“Currently, the number of transmissions in the population in Germany is high,” says the Robert Koch Institute (RKI) in its latest situation report. The RKI judges the level of threat to the health of the general population as “very high”.

On Tuesday Germany reported 11,897 new coronavirus infections within a day. And 944 people died within the same time period.

As this graph shows, the number of deaths during the second wave so far is extremely high compared to previous months.

This chart is terrifying: There have been more coronavirus deaths in Germany in December than in March, April, May, June, July, August, September, October and November combined pic.twitter.com/jltc66K1RX

The RKI says this is down to more older people becoming infected by Covid-19, and outbreaks in care homes.

In general, interpreting the data at the moment is a bit difficult because coronavirus cases are being detected, recorded and transmitted with a delay around Christmas and the turn of the year.

A record high of 1,129 deaths in 24 highs was recorded in Germany on Wednesday December 30th. The highest number of new infections registered within 24 hours – 33,777 – was reported on December 18th.

Officials are also worried about the impact of holiday travel and socialising over Christmas and New Year.

That won't be known until mid-January.

However, there are large differences between federal states. The highest incidences on Tuesday were in Saxony with 298.7 and Thuringia with 241.8. The lowest value was in Schleswig-Holstein with 77.1.

The nationwide seven-day reproductive number is around 0.85. This means that 100 people with Covid-19 are said to go on and infect 85 others.

The value represents the infection rate between eight and 16 days ago. If it is below 1 for a longer period of time, the incidence of infection is decreasing. The RKI stated that the R-value may be underestimated due to delays.

How many Covid-19 patients are in intensive care in Germany?

There are currently 5,744 coronavirus patients in ICU in Germany, according to the RKI. A total of 3,211 people are on ventilation.

How many people have been vaccinated?

Since December 26th, around 265,986 people in Germany have been vaccinated against Covid-19.

What do the coronavirus mutations mean for Germany?

Scientists stress that the new variant, originally detected in the UK, could make it more difficult to contain the pandemic.

Based on available data it seems likely it will soon be the dominant variant in Germany, virologist Jörg Timm from the University Hospital in Düsseldorf told Welt.

“I think a reduction in the number of cases is fundamentally necessary for sustainable infection control,” said Timm. “If the data on the increased contagiousness of the new variant is correct – and I assume it is – then the task will certainly become more difficult.”

In the case of Sars-CoV-2, mutations have apparently made the virus easier to transmit. The variant, B.1.1.7 was initially detected in the UK, but has since been confirmed in several other countries, including Germany.

Meanwhile, South Africa reported another variant, 501Y.V2, in mid-December. Although the two variants are genetically similar, according to the World Health Organisation, they arose independently of each other.

It is not entirely clear how widespread the B.1.1.7 variant already is in Germany. One reason is because the make-up of the virus detected in people is deciphered much less frequently than in the UK, said Welt.

So far, only isolated cases of the variant have been reported, including in the states of Baden-Württemberg and North Rhine-Westphalia. However, the RKI expects the numbers will significantly increase.

Experts currently do not believe that the coronavirus vaccines approved will be less effective against the two variants.