Germany is aiming for a green start to 2021 by shutting down a coal-fired power plant and slapping a CO2 price on transport, but critics say the efforts aren't enough to combat climate change.

The measures are the result of hard-fought compromises thrashed out by Chancellor Angela Merkel's right-left coalition government, and are key to Germany's transition away from polluting fossil fuels towards renewable energy.

From January 1, 2021 the government will charge 25 euros per tonne of carbon dioxide emissions released by the transport and heating sectors.

The price tag was raised from the government's initially proposed 10 euros per tonne - a number widely slammed as too low by Germany's Green party, environmentalists and scientists. The price will increase to 55 euros by 2025, and will be decided at auction from 2026.

Germans will feel the difference at the pump with diesel and petrol set to become more expensive, while heating buildings will also cost more.

The government expects to raise 56.2 billion euros from companies buying the new carbon certificates or "pollution rights" over the next four years.

Also on Friday January 1, the 300-megawatt Niederaussem D unit power plant near Cologne, running on lignite (brown coal), became the first to close down as part of Germany's phaseout of coal by 2038.

Energy giant RWE, which has operated the plant since it was built in 1968, said decommissioning the facility -- as required by Germany's 2020 coal exit law- was "a difficult step" that would lead to some 300 job losses.

Under the same legislation, several power plants fuelled by black or hard coal are going offline from January, taking a combined capacity of 4.7 gigawatts off the market.

But the flagship initiatives have drawn criticism. The 25 euro carbon price will not "make the necessary contribution" to helping Germany meet its commitments under the 2015 Paris climate pact, said Christiane Averbeck, director of the environmental group Climate Alliance
Germany.

Germany aims to cut its greenhouse gas emissions by 55 percent from 1990 levels by 2030, and derive 65 percent of its electricity from renewables by then.

Averbeck said the carbon tax however allowed for too many exceptions for "entire branches of industry" and was pegged too low to really change behaviours. 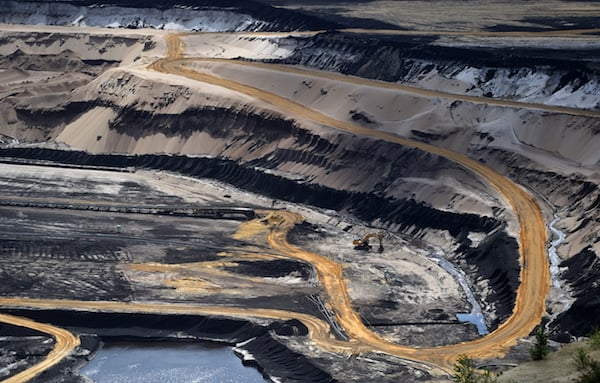 The Green Budget Germany (FOeS) think tank said that to avoid companies moving production abroad to dodge the carbon pricing, the government would have done better to incentivise climate-friendly investments instead.

The ADAC motoring association has calculated that petrol and diesel will now cost seven and eight cents more per litre respectively.

To ease the pain, the government will lower the so-called EEG surcharge Germans pay to fund the shift towards green energy. The lost income will be offset by the revenues generated from the C02 pricing.

Despite a green reputation abroad, Germany remains heavily reliant on dirty coal, partly because of Merkel's decision to abandon nuclear energy after the 2011 Fukushima disaster.

In the third quarter of 2020, just over half of the electricity produced in Europe's top economy came from non-renewables, with coal alone accounting for 26 percent.

Climate activists, including the youth-led Fridays for Future movement, have urged the government to speed up Germany's coal exit, saying the current timetable of closing all coal-fired plants by 2038 is not ambitious enough.

To their fury, the government has given special permission for North Rhine-Westphalia's huge open-cast Garzweiler coal mine to keep expanding over the coming years in order to fuel nearby power stations, causing the destruction of several villages in the process.

Environmentalists have also railed against the planned multi-billion-euro payouts set to flow to energy companies in compensation for the plant shutdowns, alongside 40 billion euros in government aid for regions that depend on mining and energy jobs.