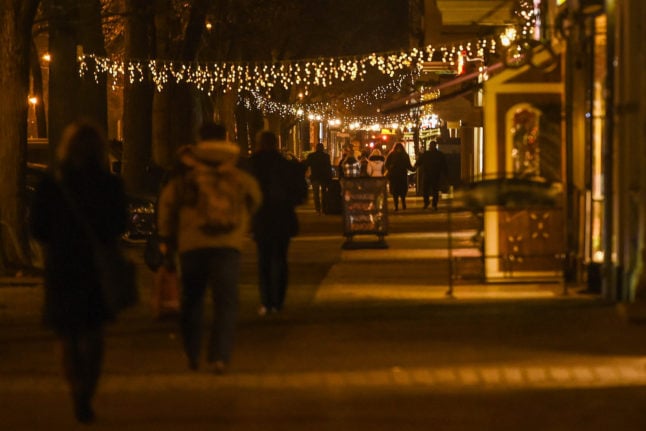 It came after a new evaluation by British authorities confirmed that a new variant of the coronavirus is spreading rapidly in the UK, particularly the south of England.

“A novel variant has been identified that has spread rapidly in the UK,” British experts wrote in their summary. According to the report, the new variant of coronavirus has “substantially increased transmissibility with a high degree of certainty”. Further studies are still ongoing, according to the experts.

Christian Drosten, Director of the Institute of Virology at the Charité in Berlin, shared the data from UK's public health agency on Twitter.

“Unfortunately, it does not look good,” he added in his Tweet. However, he also said things were not all bad: “On the positive side, cases with the mutation have so far only increased in areas where the overall incidence was high or increasing. So contact reduction also works against the spread of the mutation.”

However, Drosten later said the he considered the rapid spread of the new variant in Germany to be unlikely.

“I don't think we'll have a major problem soon,” he told DPA.

It is quite likely that the variant which was first detected in the UK is now also in Germany. “But with the current restrictions, this variant is likely to find it rather difficult to gain a foothold in this country,” he said.

Drosten added that so far there is no evidence that the new variant has an impact on disease severity.

“This is quite important for the population, who are now worried,” he said.

According to British authorities, the new virus variant is up to 70 percent more contagious than the previously known form.

On the previous day, Drosten had warned against people panicking over the new variant.

“I am not that concerned at the moment,” Drosten had said. “There may be scientific surprises. But I am anything but worried.”

However, he called the current approach of banning travel from the UK appropriate due to the uncertainty. When there's more information, he said, politicians could then react accordingly.

Drosten had said that more information was needed before the situation could be evaluated properly.

Briefing reporters on the latest findings, scientists from the UK government’s New and Emerging Respiratory Virus Threats Advisory Group (NERVTAG) who are tracking the variant said on Monday the variant had quickly become the dominant strain in the south of Britain, and could soon do the same across the country.

“We now have high confidence that this variant does have a transmission advantage over other virus variants that are currently in the UK,” said Peter Horby, a professor of emerging infectious diseases at Oxford University and chair of NERVTAG.