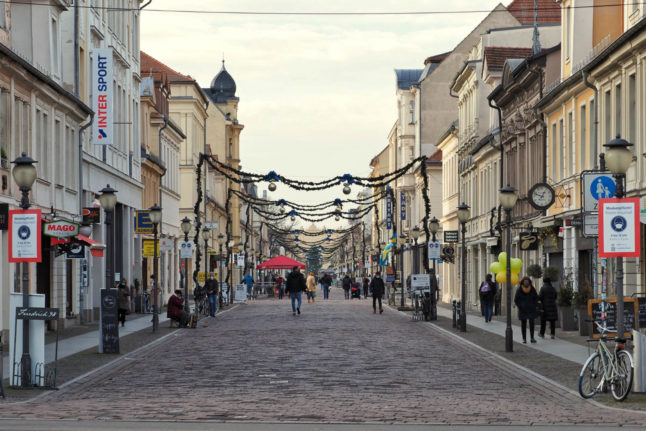 With intensive care beds filling up and Germans heading into the Christmas holidays under a partial lockdown, here's a look at what went wrong.

Chancellor Angela Merkel, a scientist, won plaudits during the first wave in the spring for giving Germans clear and fact-based guidance on Covid-19.

Close cooperation with the regional leaders of Germany's 16 states allowed for early and widespread testing and quick action against local outbreaks.

But the country's federal system later turned against Merkel. At a crucial meeting in October, she pleaded in vain for tough new curbs to fight rapidly rising infection numbers.

Many regional leaders, wary of inflicting more financial pain on businesses and nervous about an increasingly vocal anti-mask movement, opposed Merkel and a confusing patchwork of rules emerged.

Merkel at the time declared herself “unsatisfied” but had no power to push through nationwide measures.

As other European countries returned to hard lockdowns, German leaders eventually agreed on a four-week “light” shutdown for November, which kept schools and shops open but closed indoor dining, leisure and cultural centres –  to little effect.

“It was probably the biggest political miscalculation of the year,” Der Spiegel weekly said. Crisis talks between Merkel and the regions saw Germany return to a partial lockdown on Wednesday, shutting schools and non-essential shops in addition to the existing restrictions, until at least January 10th.

Although sometimes gently mocked abroad as sticklers for the rules, not all Germans are showing the same commitment to mask-wearing and social distancing as at the start of the pandemic.

When Christmas markets were cancelled to limit socialising, mulled wine stands popped up that drew large crowds, much to Merkel's dismay.

“During the spring lockdown, we reduced our contacts by 63 percent. Right now, we've only managed 43 percent, which simply isn't enough,” Christian Drosten, one of Germany's best-known coronavirus experts, said recently.

The Robert Koch Institute (RKI) for disease control has said Germans need to reduce their social contacts by at least 60 percent to bring transmission rates back down to a level where contact tracers can keep up with the chain of infection.

The country's coronavirus warning app has been downloaded 23.5 million times. But only around half of users who have tested positive have actually used the app's notification feature.

Eastern states and the far-right

The worst-hit coronavirus states at the moment are in Germany's former communist East, which also happens to be where the far-right Alternative for Germany (AfD) has the most support.

Among them are the districts of Bautzen and Görlitz in Saxony state, where coronavirus incidence rates now stand at 600 per 100,000 people – more than three times the national rate.

The AfD has in recent months railed against the virus curbs and its members have joined a series of “anti-corona” demos, marching with anti-maskers, conspiracy theorists and anti-vaccination campaigners.

After initially condemning the “hysteria” about surging infection numbers, Saxony premier Michael Kretschmer admitted he “underestimated” the virus and ordered his state into a partial lockdown two days before the rest of Germany.

READ ALSO: Why are coronavirus rates so high in German areas with far-right leanings?

The head of the RKI, Lothar Wieler, has voiced concern about the rising number of cases and deaths in homes for the elderly.

In the capital Berlin alone, the number of pensioners testing positive for the virus has more than doubled since mid-November, to over 2,000 cases.

Of the more than 24,000 Covid-19 deaths recorded in Germany so far, 87 percent were people aged 69 or over, according to the Statista data agency.

Nursing and care homes nationwide have sounded the alarm about a lack of personnel, which they say makes it hard to quickly test and isolate elderly people and their carers. Many also complain about a lack of high-efficiency FFP2 and FFP3 masks at work.