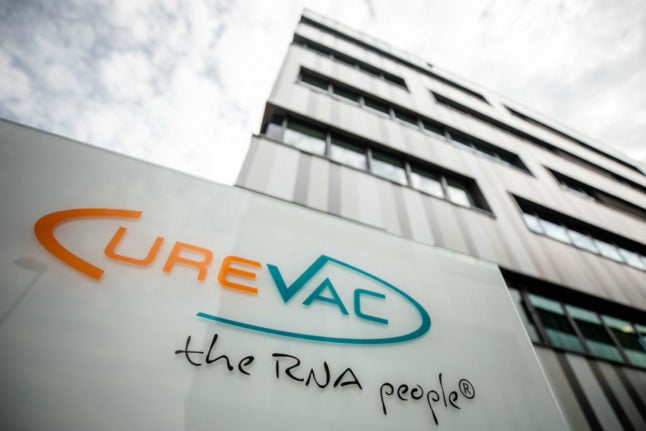 CureVac CEO Franz-Werner Haas readily admits his German biotech firm is “a bit behind” in the Covid-19 vaccine race, despite using the same cutting-edge technology as rivals Moderna and Pfizer/BioNTech.

But with a jab that is easier to store and mass produce, Haas is confident CureVac has found a winning formula — and that more medical breakthroughs are just around the corner.

“There is definitely a race, but a race against the virus, against time,” Haas, 50, told AFP, downplaying the competition between vaccine makers.

CureVac took a major leap forward on Monday when it announced the start of final phase three trials for its Covid-19 vaccine candidate, involving more than 35,000 volunteers in Europe and Latin America.

Early results are expected in the first quarter of next year, Haas said, speaking via Zoom from CureVac's headquarters in the southwestern city of Tübingen.

By contrast, the shot developed by Germany's BioNTech with US giant Pfizer is this month already being injected into arms in Britain, the United States and Canada.

American firm Moderna is closely behind and on the cusp of a US rollout.

Both vaccines are based on experimental technology that uses synthetic versions of molecules called messenger RNA (mRNA) to deliver instructions to the body's cells to create a protein from the virus.

This trains the immune system to be ready to attack if it encounters SARS-CoV-2.

“We are a bit behind,” Haas said, which had its “pros and cons”.

A key difference with CureVac's vaccine is that it uses natural, non-modified mRNA to trigger an immune response “as close to nature as possible”, Haas said.

This has led to a vaccine candidate that can stay stable for at least three months at normal fridge temperatures.

Haas said it was “fantastic” the two frontrunners had already shown their vaccines to be safe and around 95 percent effective.

“We are quite bold and say: this is also what we can achieve,” he added.

The company's biggest order to date has come from the European Union, for up to 405 million doses.

The US has not placed one, which Haas said was because Washington already has contracts with a range of other vaccine hopefuls so “there was not really a demand”. Haas at a presentation in October. Photo: DPA

But he sees the US as “a very interesting market, post-pandemic”.

CureVac's jab may end up having an edge in poorer or warmer countries. But even in Western countries, Haas said “it's easier” if you can store the vaccine in a standard fridge in nursing homes or doctor's offices.

He stressed nevertheless that several vaccines of different kinds will be needed to “unpause the world” and end a pandemic that has killed more than 1.6 million people since it first emerged in China late last year.

Set up in 2000, CureVac prides itself on being the first company to work on mRNA, led by founder Ingmar Hoerr, a pioneer in the field.

Early on, Hoerr attracted the attention of billionaire Dietmar Hopp, co-founder of software behemoth SAP, who has since invested millions of euros and became a controlling shareholder in CureVac.

Given that CureVac has yet to bring a product to market, Haas said Hopp's 15-year-long backing was “quite something”.

CureVac made international headlines in March when rumours surfaced that President Donald Trump wanted exclusive US access to any CureVac coronavirus vaccine, a claim both sides denied.

But the ensuing furore prompted Economy Minister Peter Altmaier to declare that “Germany is not for sale”.

Haas said the Trump controversy was “not the nicest time”, recalling demonstrators outside CureVac's buildings urging the company not to sell out.

In June, the German government paid €300 million for a 23-percent stake in CureVac, followed by a 252-million-euro grant for coronavirus research.

The Covid-19 vaccine breakthroughs have finally pushed mRNA technology into a “sweet spot”, Haas said, with proof of concept and increased funding opening the door to a slew of other medical advances.

“What is built up now as (mRNA manufacturing) capacity, is here to stay,” Haas said.

CureVac is working on a malaria vaccine with the Gates Foundation, and earlier this year received some “very nice” data on a potential rabies shot.

With Elon Musk's Tesla, CureVac is developing a “mobile manufacturing unit”, akin to a mini RNA factory, that can be shipped anywhere and produce thousands of vaccines in mere days, potentially stopping an outbreak in its tracks.

Haas also sees a future where patients can pop to the pharmacy to pick up “personalised medicine”, such as a vaccine to fight their specific tumour and manufactured on site.