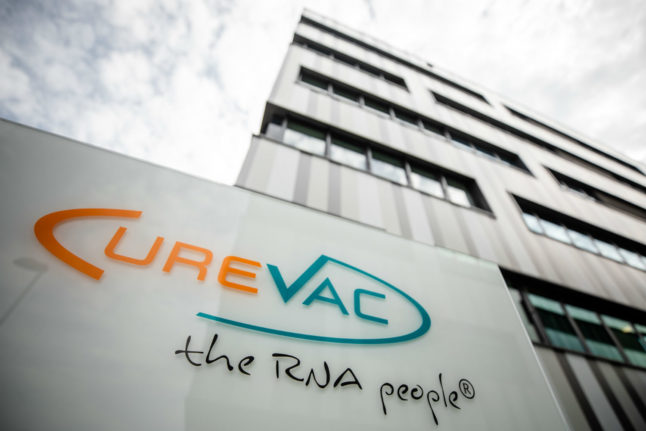 The company said more than 35,000 people would take part in the tests in Europe and South America.

“The first volunteer has been recruited,” CureVac said in a statement.

Germany is battling an explosion of new coronavirus infections and is imposing a partial lockdown from Wednesday.

CureVac follows Germany's BioNTech which has already gained approval in the
United States, Britain and Canada for its vaccine developed with US pharma giant Pfizer.

READ ALSO: BioNtech: How the German firm is leading the Covid-19 vaccine race

Both vaccines use a new technology based on mRNA. The process entails injecting a short sequence of viral genetic material to trigger an immune response by producing proteins acting against the virus.

CureVac launched second phases trials at the end of September with 690 volunteers in Peru and Panama. Results are expected to be published soon.

But Swiss pharma company Novartis on Monday reported that phase three trials with its drug ruxolitinib had failed to show improvement when treating severe Covid-19 patients.

The drug, sold under the brand names Jakafi and Jakavi, is used to treat myelofibrosis.

The European Union has earmarked 225 million doses of CureVac's candidate
with an option for 180 million more if it wins regulatory approval.

The company listed on the New York-based Nasdaq stock exchange this year
and $150 million of the funds raised is pledged to develop the vaccine.

CureVac also made headlines in March with reports that President Donald Trump had sought to secure exclusive rights for the United States to its potential  vaccine.

Both the company and US officials denied the claim, but the reports sparked
outrage in Berlin and prompted Economy Minister Peter Altmaier to declare
“Germany is not for sale.”

Britain launched a mass vaccination campaign last week using the BioNTech-Pfizer product and the US was due to kick off its programme on Monday.