A points-based system is an immigration model where foreigners have to score above a certain threshold of points in order to obtain a residence or work permit in a country. The exact scoring system is set by the government, but can include factors like language skills, family connections to the country, specific qualifications or work-related skills, or the amount of money in your bank account.

Points-based systems can also be known as “merit-based systems”, because there tends to be a pretty big emphasis on what you can offer a country in terms of education or skills.

The model was first introduced in Canada way back in 1967 as the country tried to move past a system based on race and nationality to one that favoured language fluency, youth and educational or vocational background. A similar step was taken in Australia just a few years later in 1972 and, since Brexit, the UK has also introduced its own points-based model.

How does this relate to Germany?

When the new ‘traffic-light’ coalition of the Social Democrats (SPD), Greens and Free Democrats (FDP) took office last December, the parties pledged to reform Germany’s immigration system and bring a fresh cohort of workers into the country.

“In addition to the existing immigration law, we will establish a second pillar with the introduction of an opportunity card based on a points system to enable workers to gain controlled access to the German labour market in order to find a job,” the coalition agreement read.

This would apply to third-country nationals who don’t otherwise have the right to live and work in the country. 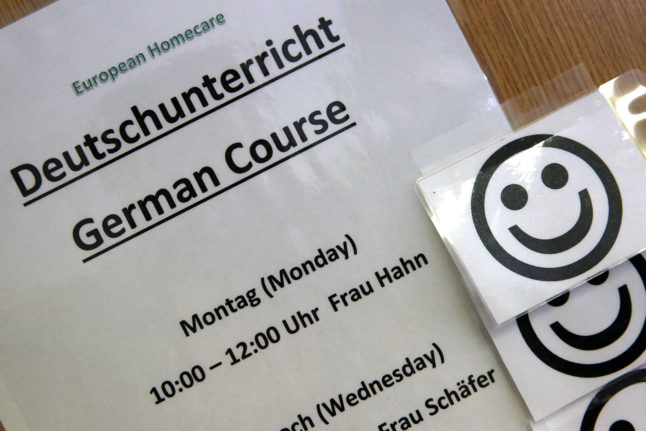 FDP migration specialist Dr. Ann-Veruschka Jurisch, who is working on these reforms, says the policy is driven by Germany’s desperate need for workers.

“The Liberal Party (FDP) is convinced that we need more labour migration,” she told The Local. “We do have a lot of options for coming into Germany as a labour migrant – but it’s a bit complicated – and if you want to come to Germany to search for a job and you don’t come from an EU country, it’s much more difficult.”

That’s why the coalition is aiming to offer a second route for people who don’t have job lined up in Germany, but who otherwise have the skills or talent to find one.

The plans for the points-based system are still at an early stage, so the exact criteria haven’t been worked out yet.

What’s clear at this stage, however, is that the points-based option would run parallel to the current model, which generally permits people with a concrete job offer in a skilled profession to come and work in the country.

“It’s about (people having) a good opportunity to come to Germany when they have either a job offer in sight or a direct job offer,” Chancellor Olaf Scholz (SPD) said in response to parliamentary question in January.

“Next to that, we want to achieve a further possibility for talent – for qualified men and women whose skills we need in Germany, who still don’t have a work contract but, if given access, could use that opportunity. That’s what we’re talking about with this Canadian points-based system. It shouldn’t replace our current system, but rather improve it.”

In short, that means that people with a job lined up won’t be disadvantaged – but there will be alternative routes for those without them. It also won’t affect the EU blue card scheme.

Probably not – though it will obviously depend on the sector someone works in and their level of experience in their chosen field.

“A medical doctor, for example, is one where you can’t say, ‘Okay, you’ve got some experience so we don’t need to see your papers.’ But there are a lot of other jobs which do not have this restriction and they are not formalised but rather based on practical experience.” 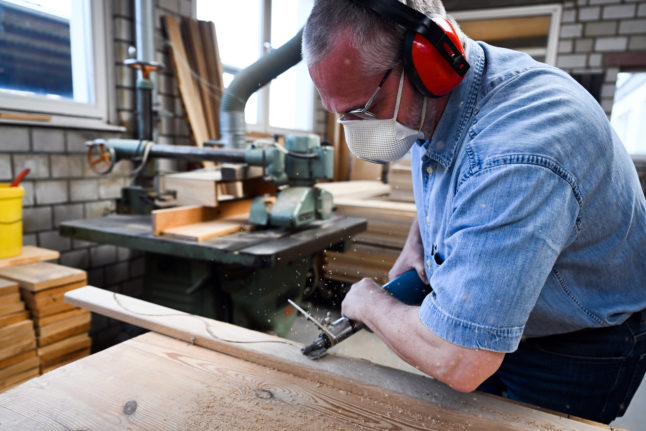 A carpenter sands down a block of wood in Cologne. Photo: picture alliance/dpa | Federico Gambarini

The issue of recognising qualifications is also a problem that the traffic-light coalition has set their sights on solving during their time in office.

At the moment, the process of getting qualifications officially recognised in Germany is done on a state-by-state basis, so somebody who gets their degree recognised in Brandenburg may have to redo the entire process again in Bavaria, for instance.

According to Jurisch, there have already been conversations between the Ministry for Labour and Social Affairs and the Ministry of Education on the issue, and Labour Minister Hubertus Heil (SPD) has also promised to take steps to solve it.

But, she said, it’s complicated: “I’ve started to dive into this issue, and the more I dive into it, the more complicated it becomes – so there are no silver bullets.”

How many workers are needed – and where?

In order to plug its labour shortages, Germany needs around 400,000 new workers every year, according to the Federal Employment Agency. In 2020, Germany’s net migration was just 200,000 and 150,000 people of working age entered retirement – which means the country is currently falling well short of its targets.

“We have shortages everywhere,” Jurisch said. “We need 400,000 new workers every year, and these people won’t be born in Germany – or if they are, they won’t grow up for another 20 years.

“We haven’t managed to get more women into the labour market, or they work part time, so I don’t think this will make a big difference, and I don’t think we will close the gap by training people.”

In this sense, it seems that immigration is the only option for filling major staff shortages in almost every profession.

“Whoever I talk to, be it nurses, nannies, IT workers, industrial workers, teachers, lawyers – everywhere we have a shortage,” Jurisch said. 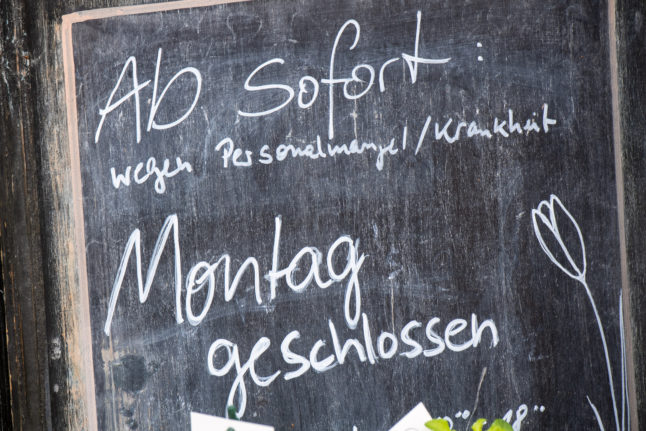 A sign outside a restaurant informs customers of a closure due to staff shortages. Photo: picture alliance/dpa | Stefan Sauer

When will the points-based system be introduced?

Unlike with the plans to reform citizenship, which the SDP-led Interior Ministry wants to achieve by the end of the year, there’s no firm timeline in place for the points-based system.

However, the FDP is fighting for the policy to be given higher priority and would like to introduce the new visa system before the next federal election in 2025.

“I hope it will be done in this legislative period,” said Jurisch. “I’m pushing to get it a little bit higher up on the agenda.”