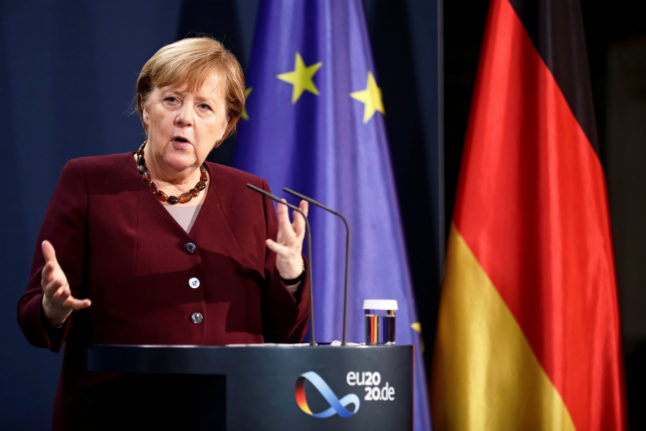 Merkel has said she will not stand for a fifth term and will retire from politics next year after 16 years at the helm of Europe's top economic power and the EU's most populous country.

Her departure will mark a new, less certain phase in German politics and at the heart of the European Union, whose rotating presidency Merkel currently holds.

The government “proposes to the federal president the date of Sunday, September 26th, 2021 for the election of the 20th Bundestag (lower house of parliament),” spokeswoman Martina Fietz told reporters.

President Frank-Walter Steinmeier must still give his official approval.

The race to fill Merkel's shoes still looks wide open, as her Christian Democratic Union (CDU) party remains embroiled in an increasingly bitter leadership battle that has been extended by the pandemic.

There are currently three hopefuls for the top job in Germany's biggest party, with a twice-delayed election for a new chief now scheduled for mid-January.

The candidates have proposed an online congress if meeting in person were to be impossible because of restrictions to curb coronavirus transmission.

However given the failure of any of the Christian Democrat candidates to create real momentum at this early stage, CSU chief and Bavarian premier Markus Söder has been the focus of ardent speculation about a possible run.

Bavaria has been among the states hardest hit by coronavirus infections and Söder's robust response to the outbreak has won praise and given him an intense national spotlight.

He leads opinion polls against all three CDU candidates when Germans are asked who they would like to see as their next chancellor. Yet Germany's complex coalition maths, the uncertainty created by the pandemic and the absence of Merkel as a foregone conclusion in a German general election could well throw up other surprises.

The Social Democrats (SPD), the country's oldest party and junior partners in the “grand coalition” government, have haemorrhaged support as the centrist Merkel occupied and helped define the middle ground of Germany's
consensus-oriented politics during her long tenure.

However pollsters say a more conservative CDU leader could drive some Merkel voters into the arms of the SPD, or the ecologist Greens, in opposition since 2005.

The Greens have benefited from growing concern about the climate, particularly among young voters, while making lasting inroads among urban, affluent Germans.

Polls show increasing openness to a CDU-Greens coalition, which would be a first at the national level in Germany.

The pro-business Free Democrats, frequent kingmakers in German post-war politics, are currently polling in the single digits, as is the far-left Linke.

Meanwhile the far-right Alternative for Germany (AfD) has about 10-percent support and is currently the biggest opposition force in the Bundestag lower house of parliament.

But the mainstream parties have ruled out joining forces with it in government.