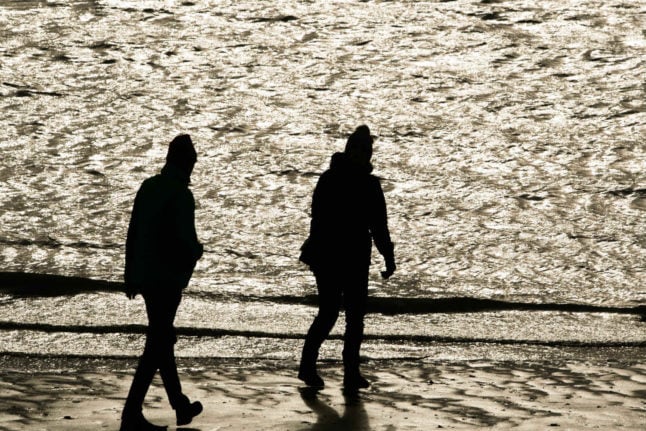 Around half of all Germans say they are missing contact with family, friends and neighbours during the pandemic, according to a survey by the the BAT Foundation for Future Studies in Hamburg.

Every second interviewee even said that “they had (re)discovered the value of the family only through the coronavirus pandemic”.

“Most citizens recognise the necessity of the restrictions and stick to the rules,” explained study director Professor Ulrich Reinhardt. At the same time, there is a great longing to see relatives and friends again. “In this dual emergency situation, many citizens act pragmatically and switch to digital communication methods.”

For example, two-thirds of the population use messenger services at least once a week for contact with their families. The phone is similarly popular, with older citizens in particular turning to this form of communication.

Almost a quarter (23 percent) now use video calls at least once a week. “While younger citizens particularly emphasise the uncomplicated nature of the service, older people suddenly appreciate having even more contact with children and grandchildren than before the outbreak of the pandemic thanks to Zoom, Skype and the like,” explained Reinhardt. A German man and nursing home worker on the balcony during the first lockdown in Leutkirch im Allgäu, Baden-Württemberg. Photo: DPA

Despite promising reports on a coronavirus vaccine, the vast majority of Germans (71 percent) assume that similar restrictions will apply next year as in 2020.

The survey spoke to around 3,000 German citizens.

Less young people in Germany taking to the roads

For a long time getting a driving licence was considered the key to freedom for youths. However, the Federal Motor Transport Authority says that fewer young people in Germany – known all over the world as a car-loving nation  – are going for their licence.

This was also backed up by driving instructor Markus Boldt from the Gressler Driving School in Munich. He told broadcaster BR24: “The driving licence is not the ultimate ticket for growing up or when it comes to freedom, as it used to be.”

Experts believe climate change and improved public transport plays a role in the trend. Meanwhile, the mobile phone has become more of a status symbol.

“The mobile phone is the be-all and end-all these days. The car has lost a great deal of its status,” said Boldt.

Nevertheless, a driving licence is still regarded as important for staying mobile. And especially for those living in the countryside.

Boldt said he has noticed an additional trend: young people are getting their driving licence a little later in life than used to be the case.

“Most of them finish school first and get their driving licence just before training or studies begin,” he said. This beautiful photo by Karl-Josef Hildenbrand for DPA shows trees covered with frost in the fog at the edge of the Alps in Schwangau, Bavaria.

A man has been arrested after an attack on a synagogue in Essen. The suspect is a 37-year-old Iranian man, police in the Ruhr district city said on Tuesday, reported Welt.

The suspect is accused throwing a large concrete slab into a window of the synagogue on November 20th.

Investigations revealed that the suspect had also allegedly damaged a window of the synagogue in a similar act about a week earlier, on November 14th.

The man had been filmed unmasked during the incident. This enabled the suspected perpetrator to be identified.

The attack had triggered nationwide outrage and a discussion about anti-Semitism.

The Central Council of Jews in Germany called for the incident to be investigated and for more security measures at synagogues.

Should all schools get ventilation systems?

Germany has placed huge importance on regular Lüften, or ventilation of rooms, during the coronavirus crisis.

Now experts are looking at how fresh air can help as a long-term solution in schools during the pandemic and beyond.

But instead of using mobile air purifiers, experts believe that schools should focus on other solutions.

“Permanently installed ventilation systems are still of great benefit even after the Corona pandemic,” said the President of the Federal Environment Agency (Uba), Dirk Messner, to DPA.

In contrast to many mobile air purifiers, they usually cause only minor noise in the classroom and not only reduce the amount of pathogens in the room air, but also the amount of carbon dioxide and vaporised pollutants.

In the short term, schools are opening windows regularly for ventilation.