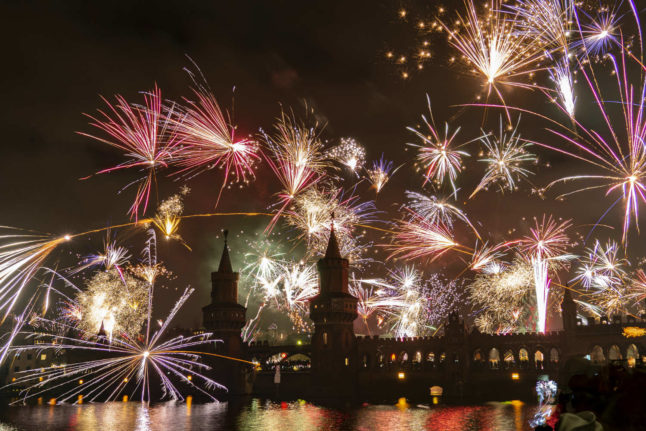 Due to the coronavirus pandemic, politicians and police trade unionists are calling for a ban on fireworks on Silvester (New Year's Eve).

The fireworks tradition in Germany is usually accompanied by alcohol, groups of people and a party atmosphere – and that's what everyone wants to avoid, Rainer Wendt, the President of the German Police Union, told Bild newspaper.

And some politicians agree. Christian Social Union (CSU) member of parliament Michael Kuffer has also urged for a ban on fireworks this year.

Herbert Reul, interior minister in North Rhine-Westphalia, also spoke out against Böllern (firecrackers). “On the Halloween weekend it was very quiet in our party strongholds,” said the CDU politician. “I hope it will be the same again on New Year's Eve.”

Local authorities – rather than the federal government – will make any decisions on firework bans.

All fireworks can not be bought or set off this year in Holland, which is also known for its tradition of setting off firecrackers throughout the country come the eve of December 31st.

The ban there is intended to ease the burden on the health system during the pandemic.

Are there local solutions in sight?

In Germany, according to an NDR report, the seven East Frisian islands have agreed there should be no New Year's Eve fireworks this year to avoid crowds. Cologne is also to consider banning fireworks of this kind at the turn of the year.

A huge number of department stores and supermarkets in Germany sell fireworks between December 29th and 31st each year. Fireworks are only really socially acceptable during this period.

But discussions about the tradition are not new. In 2019, the Redaktionsnetzwerk Deutschland (RND) published a survey in which 57 percent of German citizens interviewed by the polling institute YouGov spoke out in favour of banning fireworks at the turn of the year. A total of 36 percent were against a ban and seven percent were undecided.