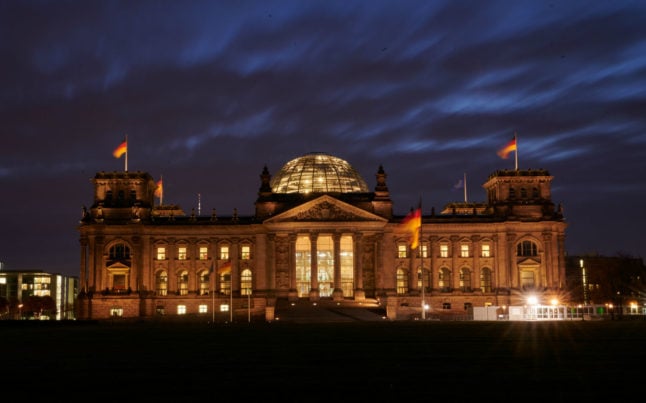 MPs are to pass new restrictions to keep the pandemic in check. The ministry said in a statement Tuesday that it had rejected 12 applications to hold protests against the measures outside the historic Reichstag building in central Berlin.

Several hundred angry demonstrators had already tried in late August to storm the building during a rally against coronavirus rules, in a protest Chancellor Angela Merkel condemned as “shameful”.

The ministry said the ban applied both to the Bundestag lower house at the Reichstag and the Bundesrat upper house a short distance away.

It said a rally would only be allowed on the site “if there is no fear of hindrance of the activity” of MPs or their staff “or access to the building”.

“These conditions have not been met,” the ministry said.

It said it had been informed by security services that protesters intended to block access to the Reichstag and Bundesrat buildings based on social media posts ahead of the planned demonstrations.

The Bundestag police force warned MPs in a letter obtained by German media that “demonstrators from politically radical and even violent groups” were expected to take part in Wednesday's protests with “attacks” possible.

Earlier this month, more than 20,000 people joined a violent demonstration in the eastern city of Leipzig against curbs to control coronavirus infection.

Most participants refused a police order to disperse after ignoring requests to wear face coverings and keep a safe distance between participants.