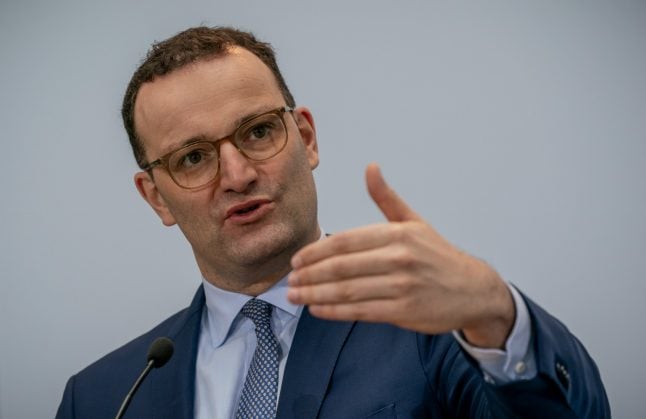 “The negotiations with the pharmaceutical industry have been concluded,” Commission circles confirmed to DPA in Brussels on Tuesday.

Before the announcement, Germany's Health Minister Jens Spahn said on Tuesday he had expected the final contract to be completed in the coming days, reported the Tagesspiegel.

According to the preliminary agreement between the EU and Mainz-based BioNTech plus US Pharma giant Pfizer, at least 200 million vaccine doses are guaranteed for Europe. Spahn said he expected that Germany would receive “up to 100 million” doses.

While speaking to ZDF on Monday night, Spahn said it was important for Germany to receive the vaccine quickly.

“As German Health Minister, I would in any case find it difficult to explain if a vaccine produced in Germany were to be issued faster in other regions of the world than in Germany itself,” Spahn said.

He said the federal government is putting pressure on the EU Commission “to ensure that the contract is signed without delay”.

BioNTech and Pfizer said on Monday their vaccine candidate prevents the lung disease Covid-19, caused by the novel coronavirus, in more than 90 percent of cases.

They announced their findings during an ongoing clinical trial. The two firms are now applying for accelerated approval of the vaccine in the US.

Spahn said that the approval procedures in the US and in the EU are different. However, there were also possibilities for acceleration in Europe. At the same time, the Minister emphasised that there would be no reduction in requirements, for example on potential side effects of vaccines.

The vaccine candidate would be subject to “the same high standards” as any other, Spahn said.

This is “very important” in order to gain people's confidence in this potential vaccine, he said.

A July study from the University of Heidelberg revealed that 55 percent of Germans would receive a coronavirus vaccine when it becomes available.

Spahn said the success was “very encouraging in any case” and gave the world confidence.

“As things stand today, we will have a vaccine for a new virus quicker than ever before in human history. An effectiveness of 90 percent is very high. By comparison, a flu vaccine is only 50 or 60 percent effective,” Spahn, of Angela Merkel's Christian Democratic Union (CDU), said.

The Minister revealed he was also “a little bit proud” that a company supported by the federal government was “now at the forefront of research on the corona vaccine”.

READ ALSO: EXPLAINED – How Germany is preparing for the coronavirus vaccination

As The Local has been reporting Germany is pushing ahead with preparations for the vaccine. States are currently earmarking test centres and a database will be established to track who has been vaccinated for coronavirus.

According to Spahn, the EU has already concluded agreements with the pharmaceutical companies Astra Zeneca and Sanofi, which are also working on coronavirus vaccines.

A contract with Johnson & Johnson has nearly been concluded, said Spahn.

What's the latest on the coronavirus situation?

According to the RKI, a total of 687,200 people have been infected with Sars-CoV-2 in Germany since the beginning of the pandemic.

The number of deaths in connection with the virus rose by 154 to a total of 11,506 by Tuesday. The RKI estimates that around 429,600 people have now recovered.