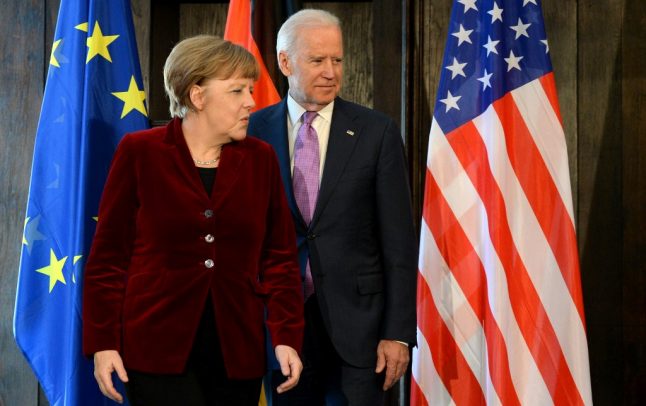 “Congratulations!” Merkel said. “I wish luck and success from the bottom of my heart.

“Our trans-atlantic friendship is irreplaceable if we want to overcome the great challenges of our times,” she said in a tweet issued by a government spokesman.

“We want to invest in our cooperation (with the new president) for a new start in trans-atlantic relations, a 'new deal',” he tweeted, as Vice Chancellor Olaf Scholz hailed the opening of a “new chapter”.

On Wednesday German Defence Minister Annegret Kramp-Karrenbauer admitted that the German-US relationship had faced “a tough test in the past four years” with fierce Trump criticism of Berlin over trade and military spending.

However, she said, “this friendship is more than a question of which administration is currently in the White House”, saying she dismissed calls in Germany to “decouple ourselves from the United States”. 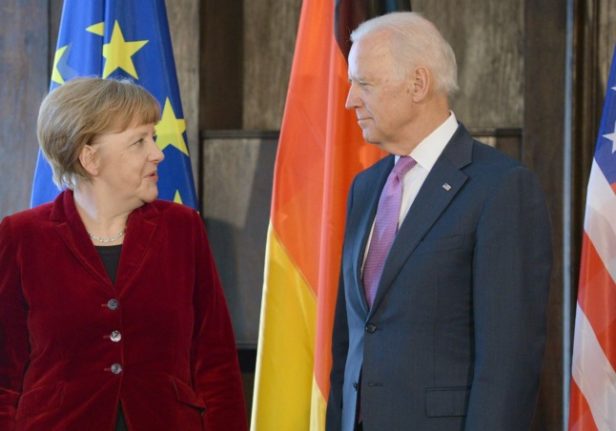 However, Merkel and Biden are expected to meet in person as early as this weekend on the sidelines of the G7 summit in Cornwall, southern England, for the first time since the US president took office in late January.

Both leaders are seeking a fresh start after the low point in German-American relations in the era of US President Donald Trump.

Trump repeatedly attacked Germany and also Merkel herself. Biden, on the other hand, leaves no doubt about how important the relationship with Germany is to him.

As president, Biden not only reversed Trump’s ordered withdrawal of US troops from Germany but last month also refrained from imposing far-reaching sanctions on the German-Russian Nord Stream 2 pipeline, explaining that such punitive measures would have negatively affected “U.S. relations with Germany, the EU and other European allies and partners.”

The meeting in Cornwall will show whether the dispute over the pipeline has really ended, removing the last obstacle to restarting German-American relations.

Merkel has been very restrained with foreign trips during the pandemic and has recently only travelled to Brussels for individual summit meetings or, as is the case now, to England.

The trip to Washington is also likely to be one of her last as chancellor. She will step down as head of government after the general election in September.

So far, Biden has received only two foreign guests in the White House – in light of the Corona pandemic: Japan’s Prime Minister Yoshihide Suga and South Korea’s President Moon Jae In.

Merkel would therefore be the third high-ranking guest from abroad during Biden’s term in office, which officially started in late January.

READ ALSO: Merkel invites Biden to Germany ‘as soon as pandemic allows it’