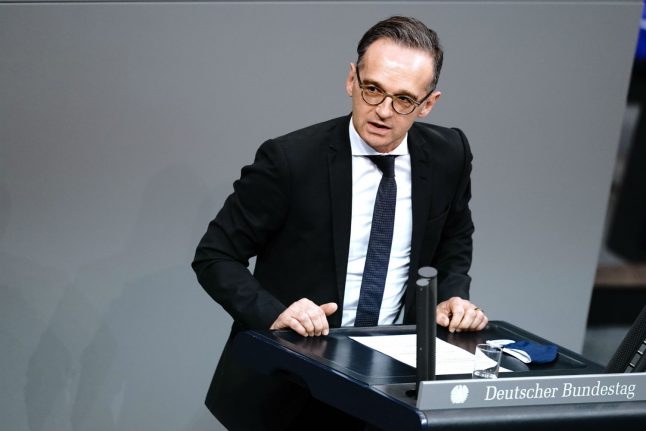 Maas speaking in the Bundestag on Saturday. Photo: DPA

“We wish all Americans a fair, good and above all, a peaceful election day. It is a landmark vote that will also determine the direction and the role of the US in the world,” said Maas.

The foreign minister noted that “a functioning transatlantic partnership” was required if global problems are to be solved.

“We want a new deal in this partnership, and we are ready to invest in the future as a transatlantic partner to address these global questions together.”

The foreign minister's unusual statement hours ahead of the closely watched vote came with relations between Germany and the United States fraying under President Donald Trump.

Germany has been a regular target of Trump's anger, including for failing to meet defence spending targets agreed under the NATO alliance as well as over its strong export industry.

Separately, German Vice Chancellor Olaf Scholz also voiced hopes for Americans that the “future will be marked by reconciliation and not division.”

Germany is “always at the side of those who work towards freedom, a rules and value based world order and multilateral,” he said.

In her first phone call with Trump after he took office in 2016, German Chancellor Angela Merkel promised cooperation, but only if Trump respected democratic values.