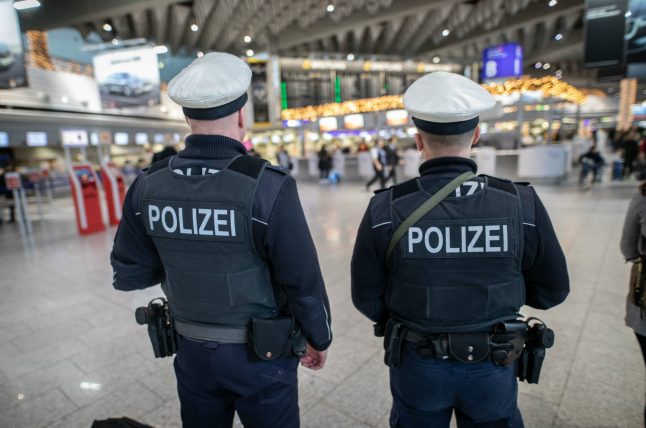 Germany's partial month-long lockdown came into force on Monday. Federal police have been significantly increasing controls at borders to check that the new rules are being stuck to, Spiegel reported.

The operational order is based on a decree issued by Interior Minister, Horst Seehofer, following the decision for a Germany-wide 'Lockdown Light' last Wednesday.

READ ALSO: What closes and what stays open during Germany's shutdown?

The federal police force, which has around 50,000 officers, has capacity to carry out the checks because they are currently not required as much as usual for entry checks at airports or at major events such as football matches.

In concrete terms, it means federal officers will be carrying out random checks on people both at airports and at other border crossings to determine whether travellers are coming from coronavirus risk areas within or outside the Schengen area.

If this is the case, they are to be clearly informed of the coronavirus rules on the mandatory quarantine period and testing.

Until this point during the crisis, federal police at airports had only distributed leaflets to travellers pointing out the hygiene regulations. If during the controls officials notice indications of a coronavirus infection, the internal instructions state they should report this directly to the responsible health authority.

READ ALSO: What are Germany's new quarantine rules after travel?

Officers can issue fines on trains

Police are also stepping up patrols on long-distance trains and will check that people are wearing a covering over their mouth and nose. If any passengers refuse to wear a mask, officers can issue on-the-spot fines.

The Interior Ministry hopes the increased controls will lead to more discipline in complying with the new rules for slowing down the second wave of coronavirus in Germany.