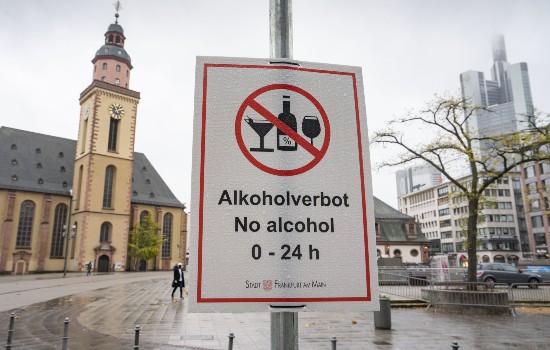 Nine suspects were arrested but eight of them had to be released in the course of the night because of a lack of evidence, police said in a statement.

The violence began at around 10:45 pm, when stones, bottles and eggs were flung at a passing patrol car for no clear reason on the Zeil shopping promenade.

The situation escalated shortly after, with between 500 and 800 people massing “without meeting coronavirus rules” outside the police headquarters where they also hurled projectiles at officers.

The disturbances were the second consecutive night that police in the city came under attack.

Frankfurt police chief Gerhard Bereswil called it “unbearable that people are gathering spontaneously against the police.”

“That people are joining each other to attack colleagues on a massive scale and accepting that they could suffer serious injuries, that is something that I strongly condemn,” he said, stressing that police would not tolerate such behaviour.