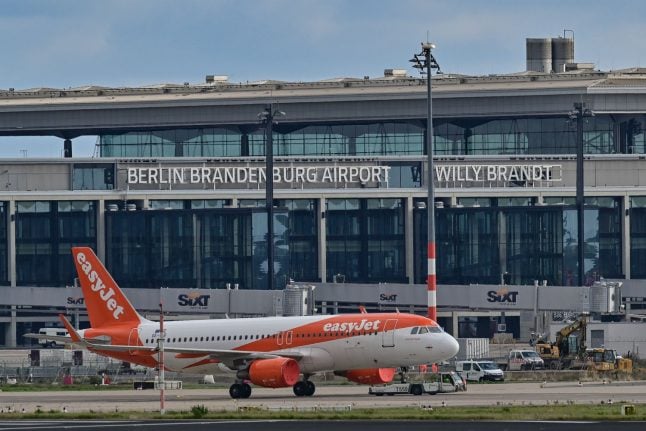 An EasyJet flight parked at Terminal 1 of the BER airport. Photo: DPA

The Berlin region's new international airport was supposed to be a symbol of German unity and engineering prowess as the country came together after nearly half a century divided.

But instead, the new hub called BER — which will finally open on Saturday after nine years of delays and technical failures — has become an embarrassing dent in Germany's reputation for efficiency.

Here are key facts about the mishap-prone project.

After the fall of the Berlin Wall in 1989, city authorities wanted a new airport to be a symbol of a country reunited after decades of the Cold War.

Aside from the technical BER initials, the airport carries the name of the former West German Chancellor Willy Brandt, who opened relations with the eastern bloc in the early 1970s.

At reunification in 1990, the German capital had three middle-ranking airports — Tegel and Tempelhof in the west and Schönefeld in the former communist east. In 1996, local and national authorities began drawing up plans for a new airport fit to rival international hubs such as Frankfurt and Munich, with a planned opening date of 2011.

Tempelhof, known for its huge Nazi-era canopy, closed in 2008 — the runways and airfield have since been converted into a massive city park — while the other two airports remained in service.

In 2010, the first signs of turbulence appeared. Project managers said stricter European aviation safety regulations and the bankruptcy of a planning company meant they had to delay the opening by a year.

From then on, the opening was repeatedly postponed.

In 2012, construction was suddenly halted after a fire safety system was found to be defective.

An inauguration ceremony planned only a few weeks later with Chancellor Angela Merkel was hastily cancelled.

In 2016, things took a sinister turn when prosecutors investigated the alleged poisoning of a whistleblower who had called out corruption on the project.

Faulty lighting systems, escalators that were too short, not enough space for lucrative shopping outlets… the project was dogged by one issue after another.

The airport's price tag had rocketed from €1.7 billion to more than €6.5 billion by 2020, bringing an extra burden on a city already heavily in debt.

Once popular former mayor Klaus Wowereit — who coined the “poor but sexy” catchphrase that became Berlin's moniker in the early 2000s — was one of the project's most high-profile casualties.

As chairman of the airport's supervisory board, he was blamed for cost overruns and later resigned over what he considered his “biggest failure” after 13 years in power. A sign at the new BER airport reads “Time to Fly”. Photo: DPA

In a referendum organised by locals in 2017, Berliners voted to keep open Tegel, known for its unconventional hexagonal design and ease of travel. Aircraft gates were just steps from the terminal entrances but its facilities eventually became cramped and outdated.

The vote highlighted the attachment Berliners have to the airport, built in 90 days with Europe's longest runway in 1948 as the Soviets blockaded road and rail into the western sector.

But authorities stuck to the plan and confirmed the closure of Tegel for late 2020. The area will be converted into an office park, with the terminal buildings forming part of a university for applied sciences.

Opening in a pandemic

The explosion of tourism and cheap flights of the last decade caused authorities to think Berlin Brandenburg had been designed too small.

The hub was to have a capacity of 27 million passengers a year, increasing to 33 million with the opening of a second terminal a few years later.

Yet in 2019, 35 million passed through Berlin's two airports.

Authorities decided that Schönefeld, the unloved communist-era airport next to the new site, will continue to operate as BER's Terminal 5.

At the end of 2019, project managers announced that the new airport would finally open in 2020.

With aviation traffic into Berlin down 70 percent this year due to the coronavirus pandemic, at least capacity will be one less thing for the operators to worry about. 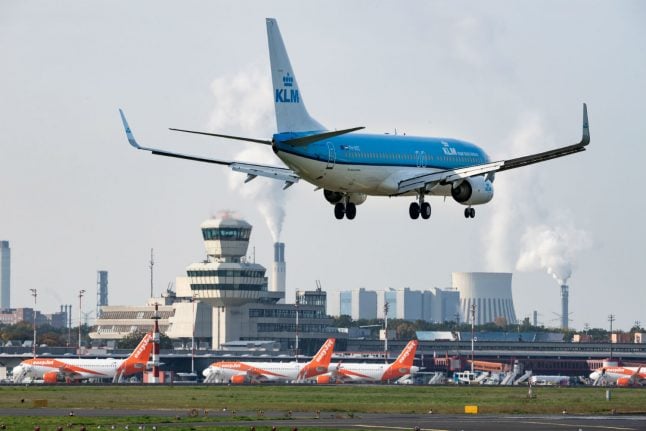