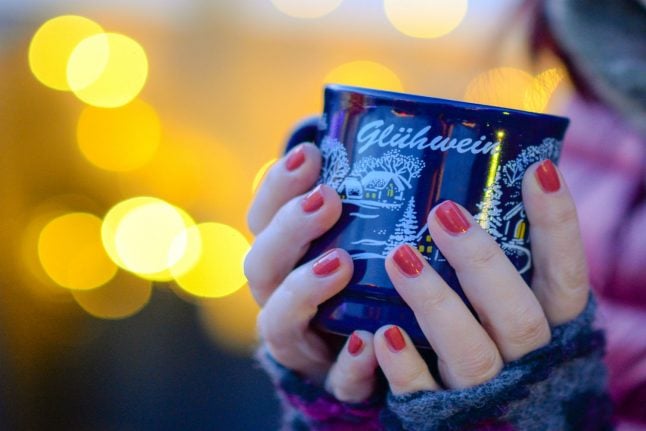 Strolling between decorated huts, sipping Glühwein (mulled wine) wrapped up in thick layers or admiring nativity plays – for many people, the colourful hustle and bustle at Christmas markets is part of the countdown to December 25th.

Yet 2020 will look a little different, with one-way streets instead of an unorganised rush of visitors, food to-go replacing social gatherings around a tiny table, and a face mask in addition to a scarf and cap.

Yet for some markets, even this has become too risky amid Germany's recent spike in coronavirus infections, leading to a number of recent cancellations.

For example, the world-famous Nuremberg Christmas Market was cancelled on Monday, following a string of other recent cancellations in Frankfurt, Berlin and Cologne.

So where are Christmas markets still happening?

Many parts of Germany are still hosting the markets – which normally attract millions of guests around Germany and the world. But there will be strict social distancing and hygiene restrictions in place.

In Munich, for example, where the market is scheduled to start on November 23rd, masks will be compulsory at the stands. The same goes for Bayreuth, which starts earlier this year, on November 16th.

To stop visitors from getting too close, the stalls will be spread out at intervals of five to ten metres. Alcohol may only be drunk following a registration and only in catering areas.

Many smaller markets in Bavaria, such as those in Fürth or Coburg, have, however, been shelved.

Several Christmas markets in North Rhine-Westphalia are also falling victim to the pandemic. Cologne's popular market at the foot of its Dom was one of the first to be axed in 2020. There will be no Christmas market in Düsseldorf’s city centre either, nor in Aachen, Duisburg or Münster.

People in Essen, on the other hand, can still look forward to their traditional Christmas market in the city centre, scheduled to start on November 13th. Instead of leisurely strolling around with cup in hand, people are planning with Glühweingärten, or “mulled wine gardens”, reported the Essen Marketing Gesellschaft. The Nuremberg Christmas market, which was cancelled for 2020. Photo: DPA

In this way, the market is to become safe and yet still festive. Masks, as with most open-Christmas markets, must be worn at the stands.

The typical Christmas market is still taking place in the centre of Leipzig, but Glühwein and other gastronomic offerings have been prohibited.

Mayor Burkhard Jung of the Social Democrats (SPD) said the move was not an easy decision. But he said that the aim was to protect the health of the citizens. “And we want them to be able to visit their families at Christmas,” Jung said.

Preparations are also underway in Magdeburg, the capital of the neighbouring state of Saxony-Anhalt. As in many other cities, the area for the stalls has been significantly expanded, so that the Christmas market now extends through other parts of the city centre.

Erfurt, on the other hand, will not be hosting the largest Christmas market in Thuringia this year. The health and economic risks have become incalculable in view of the increasing number of new infections.

“This is no longer justifiable,” said organiser Helmut Russ, who made the decision “with a heavy heart”.

Berlin already cancelled its famous Christmas market at Gendarmenmarket, but the market at Breitscheidplatz is to take place. Significantly fewer stands, more space allotted for passersby, and plastic tarpaulins as protection are planned, among other things, explained spokeswoman Angelika Grüttner.

Further south in Baden-Württemberg, Christmas markets in Heilbronn, Freiburg and Karlsruhe have already been cancelled, while in Stuttgart and Mannheim they are also likely to be shelved for this year. Nevertheless, city centres are trying to make up for the lack of markets through a typical cosy Christmas atmosphere.

“More festive lighting should instead put people in the Christmas mood”, said a spokeswoman for the city of Heilbronn, for example.

In Hesse, too, there have already been cancellations – including for the Christmas market in Frankfurt.

Wiesbaden, on the other hand, is planning to go ahead with markets, spread over a larger area. The same applies to Mainz, the capital of Rhineland-Palatinate.

Still up in the air

While many cities have already decided for or against a Christmas market, others have not yet reached a decision – for example in the northwest city-state of Bremen.

The decision will probably be made by the Senate this week, a spokesman for the Ministry of Economic Affairs announced. In Lower Saxony, too, many Christmas markets still remain a big question mark for 2020.

It is also clear that increasing numbers of infections are more likely to lead to further cancellations through Germany, hitting artisans especially hard.