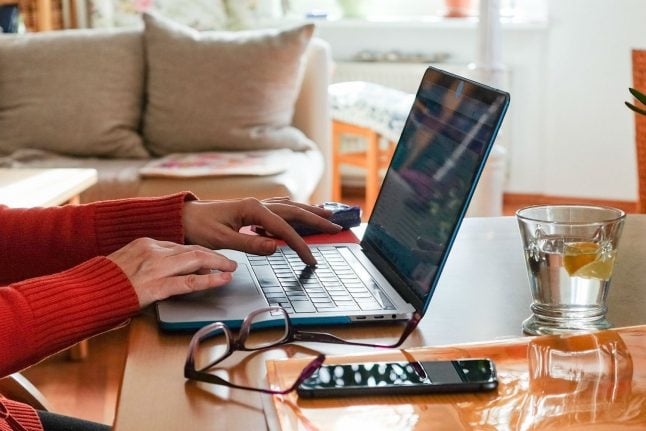 Despite the ability to work from home, many Germans feel they work better in an actual office. Photo: DPA

There’s a German saying that goes, “Dienst ist Dienst und Schnaps ist Schnaps (Work is work and schnapps is schnapps).” On the clock, there is a propensity to being laser-focused on your job, the master of personal productivity and high efficiency. When not? Well, party on, Wayne.

That distinction, that clear-cut line between work life and home life, is a defining characteristic of German work culture. A 2016 study found that of all Europeans, Germans are the most dead-set on maintaining a boundary between work and play.

Over the years, I’ve had several German colleagues who celebrate Feierabend (the work day’s end) by turning off their phones promptly at 5:30 pm. Respect for time off and vacations is taken very seriously (a stark contrast to a friend, a New York PR manager, who was instructed to check and answer all emails while making bad decisions on her Oktoberfest vacation).

So what happens to German work culture when that line becomes blurred? Say, during a pandemic when home – previously, a Happy Hiding Place from hierarchy structures and office politics – becomes your workplace?

Coronavirus is a jolt to Germany’s compartmentalised work culture. Many are saying it was a long time coming, lauding death to the local “presence culture,” or the notion that being tied to a desk during work hours equates to productivity.

Around 25 percent of Germans worked from home during the lockdown in April, an increase from 12 percent before stringent government measures to contain coronavirus were put into place. Looking forward, the question is how will this pandemic shape Germany’s work culture in the long run?

Thinking like a German, with the utmost sensibility and rationale, the answer is probably found in a single question: How does work from home (WFH) affect productivity?

In a pre-coronavirus world, German workplace efficiency was already off the charts. According to data from OECD countries, Germans on average work less than most countries; in 2019 around 1,386 hours a year. Only Danes and Norwegians worked a few hours less. Many Germans remain in favour of an old-fashioned office, with a desk telephone or even fax machine. Photo: DPA

Despite this, German productivity, measured as GDP per head divided by hours worked, is valued at about $74.70. That’s about $2 more than in the United States, where Americans work almost 400 hours more than Germans every year and enjoy fewer holidays.

So if it ain’t broke, don’t fix it, right? That’s why “presence culture” has prevailed for so long. In a country that still relies so heavily on paper trails and offline workflows, the shift to Zoom meetings and “the cloud” hasn’t been an easy one. But now, because of the pandemic, that architecture is now being put in place, and presumably for the long haul.

“The virus has taught us that much more mobile working is possible than we thought,” said Germany’s labour minister Hubertus Heil. “Mobile working is not only something for young people from agencies who sit in a cafe with a laptop and a latte macchiato.”

He’s proposed the Mobile Work Act which would put into law an annual minimum of 24 days of home office for everyone, and that no employer can reject WFH purely on principle.

Several companies have already enshrined WFH: tech giant Siemens, one of Germany’s largest employers, has made home office a new “worldwide standard” for two to three days a week. According to the Ifo economic institute, over half of all German companies are keen to follow suit and create more flexible arrangements for their workers.

But the reality is that even if German employers put this offer on the table, it remains to be seen if employees will pick it up – and in doing so, shift the long-established work culture.

Those of my colleagues who are parents have relished the opportunity to WFH during school and Kita closures, but I also know several Germans who still prefer getting into their productivity groove at the workplace. Wearing a suit. Sending memos à la Office Space.

You see, that separation between work life and private life is deeply ingrained into the cultural psyche, and for some, the idea of home office might equate to a lack of capability and control. Some might be wary about cybersecurity on their home laptops and perhaps their bosses’ inability to assess performance without having peepers on them (“out of sight, out of mind” is a saying in German too).

So, on the advent of a potential second lockdown, with coronavirus numbers rising nation-wide, I may be working from home like many others right now, feet kicked up in my Snuggie blanket, cat in lap. But I’m not getting too used to it either.