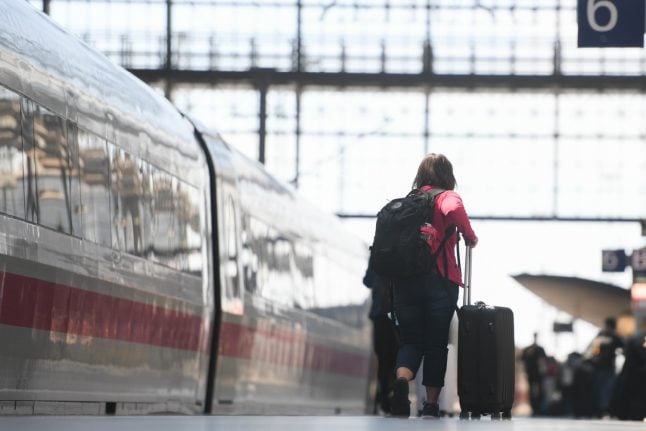 From mandatory quarantine to banning tourists from corona hotspots, federal states have been implementing their own rules on travel and accommodation as the number of infections rises across the country.

And as The Local has been reporting, this has resulted in massive confusion over what is allowed, and what isn't.

To ease the situation, earlier this week most states adopted a rule that says overnight stays (in hotels or other accommodation) by people coming from coronavirus hotspots in the country are not allowed.

However, anyone travelling is still urged to check with the local authority they are going to, and the accommodation, because there can still be differences among the rules across states.

Earlier this week, Local reader Joe Lee-Dowd got caught up in the confusion when he travelled from Berlin to Hamburg to stay in a hotel as part of his partner's birthday celebrations.

Currently as of Friday October 9th, Berlin is a coronavirus hotspot, with more than 50 infections per 100,000 residents in the last seven days (right now it's 52.8).

But on Wednesday, when Lee-Dowd was set to travel, the district in Berlin he lives – Friedrichshain-Kreuzberg – was deemed a hotspot, but not the city. To add to the uncertainty, some states, like Schleswig-Holstein, were recognising that the district was a hotspot, while others were not (they instead viewed Berlin as a whole).

READ ALSO: MAPS – Where in Germany are the Covid hotspots right now?

'There was no mention of the rules'

After reading our news report about the domestic restrictions published on Tuesday, Lee-Dowd saw there were sets of rules for various places in Germany so tried to research for more concrete information before his train on Wednesday morning.

“I spent about an hour trying my hardest to find out what the rules meant, but all I could find were comments from state political leaders arguing about how confusing the new rules were,” said Lee-Dowd.

Lee-Dowd said he wanted to call the hotel and ask but their phone line was only open from 9am-6.30pm so it was too late.

“We assumed that given there was no information to be found anywhere, and that the hotel hadn’t notified us – they already had our address from when we booked – that we didn’t really have any choice but to go anyway,” he said.

'The lack of information was ridiculous'

When the couple arrived, they were greeted with a “very apologetic staff member” who said he wasn't allowed to check them in.

“We either had to show two negative tests or quarantine for 14 days before we would be allowed to check in, neither of which were any good,” he said.

“We couldn’t even get the money back until we go through an online or telephone complaints process. We had no choice but to shell out another €110 on train tickets to go straight back home.”

The couple said they are understanding and on board with any new restrictions because the coronavirus infection spikes are “obviously worrying”.

“But these new rules seem like a bit of a mess, they’re way too complicated and inconsistent,” said Lee-Dowd. “The lack of information was pretty ridiculous. I would think that if there are new rules in place preventing people from travelling domestically, it should be fairly easy to find out about.”

Now the federal government and states are generally urging “all citizens to avoid unnecessary travel” to and from risk areas. However, clear rules are needed to help people know what to do and plan their trips (or to cancel them).

Lee-Dowd said: “Why didn’t the Hamburg government website have any notice that you shouldn’t travel if you’re from these risk zones? Why wouldn’t the hotel have any notification on its website that you wouldn’t be able to check in if you were visiting from a couple of hours down the road in Berlin?”