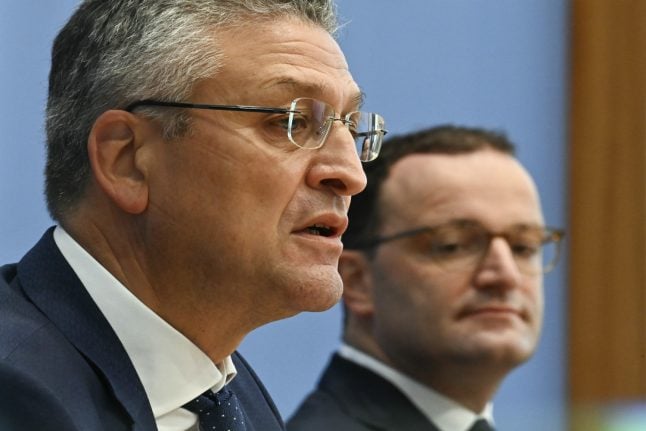 Lothar Wieler, the head of Germany's Robert Koch Institute (RKI) for disease control, also warned the country could see an uncontrollable spread of the virus.

Germany recorded 4,058 new Covid-19 infections over the  last 24 hours, a stark increase on Wednesday's figure of 2,828, according to the RKI.

“The numbers are showing a worrying jump,” Spahn told a press conference in Berlin, urging Germans not to drop their guard against the deadly virus.

“Barely any other country in Europe has managed the crisis as well so far,” he said. “But we must not gamble away what we've achieved.”

He reminded Germans to stick to the well-known rules of mask-wearing, hand washing and social distancing.

But he also urged them to add the coronavirus app and the regular airing of rooms into their daily routines.

“We don't know how the situation in Germany will develop in the coming weeks,” RKI head Wieler told the same press conference.

The alarming jump in cases came with autumn school holidays under way or starting across Germany, prompting calls from Chancellor Angela Merkel's government for citizens to avoid travel abroad during the usually busy period for tourism.

Germany's 16 states were also tightening rules for domestic travel, with many agreeing a ban on overnight stays in hotels or holiday apartments for visitors from so-called risk zones within the country.

Places where new infections top 50 per 100,000 inhabitants over the last seven days are classed as risk zones, and local authorities are required to take specific measures to halt contagion.

Hotspots have sprung up in the country, some recording mass infections from family events or private parties.

Spahn said many of the current cases were affecting younger people who were “partying, travelling, thinking they are invincible”.

“But they're not,” he said, urging young people to think of elderly relatives for whom the disease can have serious consequences.

The RKI's Wieler said infection numbers were rising nationwide, with experts seeing larger outbreaks as well as “lots of smaller outbreaks in many parts of Germany”.

Overall, Germany has recorded 310,144 cases since the start of the pandemic, according to the RKI. A total of 9,578 people have died, giving the country a relatively low death toll compared with other European nations.

Spahn announced his intention to use rapid tests to provide more security for residents and visitors to nursing homes. He also said that he was working with the federal states to revise the quarantine rules for the autumn and winter.

“This pandemic is a test of character for us as a society,” said Spahn.

Wieler said that as soon as more elderly people become infected, the country will have to expect more severe cases and more deaths.

It is a fallacy that the virus is not so dangerous, he said. “We are doing well according to the circumstances because we have followed the rules.”

It is only if the number of infections remains low that life can continue without too many restrictions, Wieler added. He appealed to people to avoid closed rooms and large groups.

As The Local reported last week, airing out rooms was recently added to the German government's advice to tackle coronavirus.

Chancellor Merkel said ventilation was one of the “cheapest and most effective measures” in the fight against the virus.

Professor Dr. Martin Kriegel from the TU Berlin has been researching the spread of aerosols for years. He said: “Ventilation is a very effective preventive measure”.

He added that the amount of fresh air supplied and the length of time people stay in a room with several people are crucial factors. But the risk is never zero.