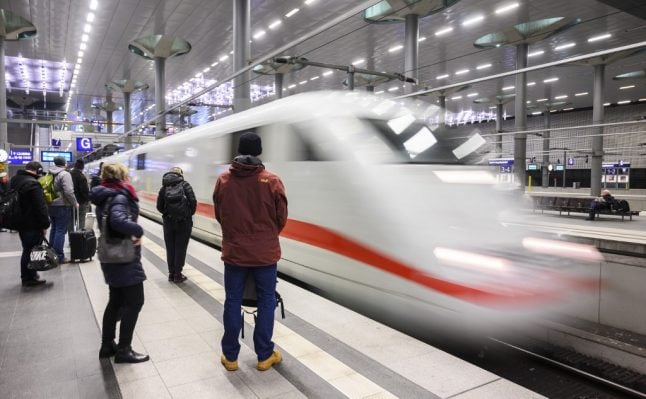 The northernmost state of Germany, Schleswig-Holstein, is known for the beauty of its coastline and islands such as Sylt.

But it has some of the strictest rules in Germany when it comes to controlling coronavirus.

These rules have been in the spotlight in recent days when authorities there decided to divide up the German capital into zones: four districts in Berlin have been placed on the country’s Covid-19 risk list due to their rising figures.

The move has highlighted controversial restrictions on domestic travel in Germany, and the differences in the way federal states operate.

Why is this all happening now?

The rising number of Covid cases in Germany is causing a lot of worries especially with the school holidays starting or about to begin.

The Robert Koch Institute (RKI) currently identifies the cities of Hamm and Remscheid in North Rhine-Westphalia and the district of Vechta in Lower Saxony as German risk areas. In addition, the Berlin districts of Friedrichshain-Kreuzberg, Mitte, Neukölln and Tempelhof-Schöneberg are also included in the RKI list of risk areas. In Schleswig-Holstein the cities of Hamm and Remscheid and the four Berlin districts are currently considered to be risk areas, but NOT the district of Vechta. As a consequence, holidaymakers or anyone coming from these areas have to immediately quarantine themselves for 14 days or show two negative coronavirus tests in Schleswig-Holstein. One of the two tests must be carried out at the earliest five days after entry.

Rhineland-Palatinate adopted a similar regulation on Monday and follows the RKI assessment when classifying the risk areas.

Mecklenburg-Western Pomerania, on the other hand, designates Hamm, Remscheid and Vechta but not the four capital districts as risk areas, because Berlin – like Brandenburg – is considered as a whole.

Hesse, Hamburg, Baden-Württemberg, Bavaria, Saxony-Anhalt, Saxony and Saarland follow the RKI when designating domestic risk areas. However, these states do not currently impose quarantine for travellers from domestic risk areas. But overnight stays in hotels are not allowed.

Other federal states follow a different system. The likes of Berlin, Lower Saxony and Bremen do not currently have any domestic risk areas.

There are big concerns as families get ready to travel in the holidays In Berlin, the two-week autumn holidays begin next weekend. In federal states such as Bremen and Hesse, the holidays started on Monday. Besides Berlin, Frankfurt in particular is heading for the next warning level in terms of the number of coronavirus infections.

An area is classed as 'high risk' when the number of new infections per 100,000 people exceeds 50 in the last seven days.

It's not going down well. Politicians from various parties have slammed the quarantine rules introduced in some states for travellers from risk areas within Germany, saying they could cause people to lose patience with coronavirus measures.

“Restrictions on domestic travel are the wrong signal and not helpful,” Thuringia's state premier Bodo Ramelow of The Left (die Linke) told Spiegel on Tuesday.

Christian Democrat (CDU) and Social Democrat (SPD) politicians warn that the different rules create a confusing patchwork of regulations across the country.

Bundestag Vice-President Thomas Oppermann (SPD) called for more clarity and transparency. “For travel within Germany, we need a uniform nationwide regulation that all federal states agree on,” he said. “A relapse into small states only causes uncertainty and jeopardises the acceptance of the corona rules.”

Thuringia's interior minister Georg Maier said: “It is beyond me how this regulation is to be implemented. Should we now carry out spot checks between the federal states?” With a view to the state governments in Kiel and Mainz he added “You've overstepped the mark, it won't work.” Angela Merkel with state premiers during a press conference. The Chancellor has found it difficult to implement a nationwide approach. Photo: DPA

“A patchwork quilt in Germany only adds to the confusion and will hardly contain the incidence of infection,” said Christoph Ploß, CDU state chairman in Hamburg. “Who is supposed to control the whole thing effectively if, for example, one district in a large German city is a risk area but the neighbouring district is not? I therefore think nothing of this regulation.”

Why is this allowed?

Germany is a bit like the United States in the way it's set up: the 16 states have considerable political power. This is in stark contrast to neighbouring France, for example, which is highly centralised with the Paris-based government involved in many areas of daily life.

It’s even written into the Grundgesetz: article 70 of Germany's constitution states that lawmaking rests in the states' hands, unless stated otherwise in the Basic Law itself.

The regional powers stretches across sectors such as health, education, policing, cultural policy and construction planning. States even have their own court system and domestic intelligence service.

What does it mean for the panemic?

Throughout the crisis Germany's federal system has played a key role, often causing a headache for Chancellor Angela Merkel and the government in Berlin.

Merkel has been pushing throughout the pandemic for a more a unified approach. But states have very much been going their own way. For major policies she wants to introduce nationwide, she needs the unanimous approval of the state leaders.

This was shown at the end of last month when she wanted to introduce restrictions on how many people can gather privately. Some states opposed this plan so a compromise had to be reached. Instead it is “strongly recommend” that people limit guest lists to just 10 at home in the hardest-hit regions, rather than required.

In many ways the federal system is seen as a positive during the crisis as states not particularly affected by coronavirus can ease their rules very easily. However, it's also viewed as being very confusing for people in Germany who have to familiarise themselves with 16 different sets of measures (and even some more localised ones).

The question is: can a balance be reached that keeps everyone happy?