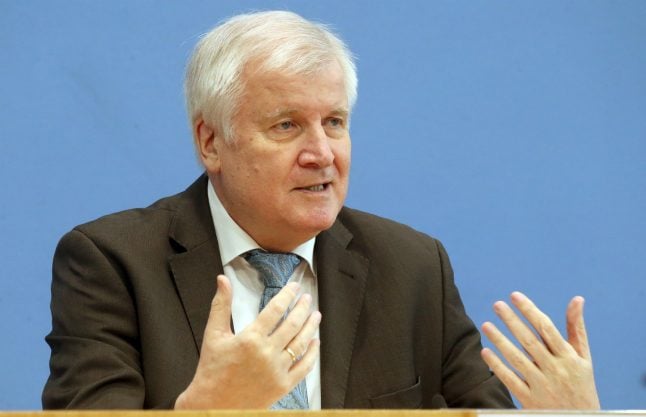 The much-anticipated report, compiled by the BfV domestic intelligence agency, identified 377 suspected cases of far-right extremism in the German police and intelligence services between January 2017 and March 2020.

It follows a string of scandals in Germany in recent months over far-right networks in the police and military, with pressure mounting on the government to address the issue.

“We are dealing with a small number of cases,” Seehofer said at a press conference to introduce the report, stressing that more than 99 percent of the police respect the constitution and have no connection to extremism.

“We have no structural problem with right-wing extremism in the state and federal security services,” Seehofer said.

'Every case is a disgrace'

However, he added that “every proven case is a disgrace” given the role played by the police and security forces in setting an example for the public.

Around 300,000 members of the security forces were asked to fill out anonymous questionnaires for the report in the hope of breaking what unions and experts have called a culture of silence.

The report identified 319 suspected cases of right-wing extremism in Germany's state police forces, as well as 58 at the federal level, including 44 in the federal police.

Several regional German police forces have been caught up in far-right scandals in recent months, and a unit of the country's elite KSK commando force was dissolved in July over neo-Nazi allegations.

The German government had previously refused to carry out a full investigation into extremism as it feared tarnishing the reputation of the police and intelligence services, instead favouring a case-by-case approach.

But in a change of stance last week, Seehofer said the government would take a “rigorous” approach and “not cover anything up”.

Germany has been hit by a string of far-right attacks over the last 18 months, leading to Seehofer naming far-right extremism the “biggest security threat facing Germany”.

But at the same time, evidence has mounted of far-right extremism within the police, security forces and military.

Links between the far right and the police are suggested by the makeup of the Bundestag lower house of parliament, where five of the far-right AfD party's 89 MPs are police officers – the highest number of any party.

By Mathieu Foulkes and Femke Colborne