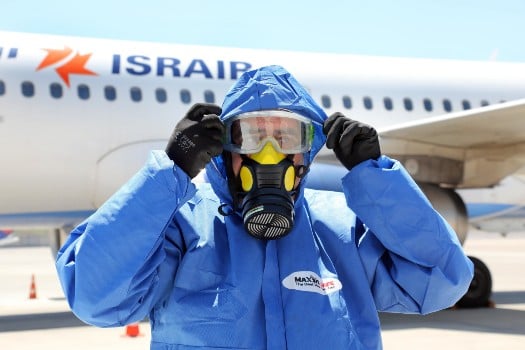 So you’ve been back home visiting family, or just taken a well-earned break. Now you’re about to pack your bags and head back to Germany. What steps should you take?

1. Check if you are coming from a ‘risk area’

During the summer, when the virus was spreading slowly, the whole of the EU plus the UK, Norway and Iceland, was considered low risk, meaning that you could travel back into Germany without going through testing or self-isolation.

Things are different now though. With case levels rising in many countries, the situation is changing on a daily basis.

Check the Robert Koch Institute’s (RKI) website to see if the region you are travelling from is considered a risk area. For instance, Wales, Northern England, Yorkshire and Scotland have all recently been added to the list of risk areas (meaning more than 50 cases per 100,000 people have been identified over the last seven days in these regions.) Scotland is one of several regions of the UK that have been classified as a risk area in recent days. Photo: DPA

If you’re lucky, the case numbers might have dropped enough that the RKI has taken your region off the list. This recently happened to the entirety of Sri Lanka. If that is the case, most of the information in this article doesn’t apply to you.

2. Make sure you don’t have symptoms

This should probably go without saying, but if you have coronavirus symptoms (eg a fever and coughing) don’t travel. Regardless of what country you are in, if you suspect you might have the virus, you should take the appropriate testing measures and then go into quarantine. The rules on testing vary from country to country, so you will have to check with health authorities where you are staying.

Germany cannot stop you from entering the country if you have symptoms. But the Interior Ministry advises you not to travel.

This form provides authorities with information on where you are staying during your time in Germany.

If you are flying or travelling by train, the airline or train company should provide you with a passenger locator card. However there have been cases of airlines forgetting to hand this form out which leads to annoying queues at the border.

You can print off the form in English here and save yourself the bother of having to do it while travelling. The form will be collected at the border by the Bundespolizei who should then hand it on to your local health office.

If you are travelling by car you do not need to fill it in. But as of October 15th the form will migrate online (as we explain below) and everyone entering from a risk area will have to complete it.

If you are entering the country from a risk area you will need to get tested. You can either do this 48 hours before entering Germany, or immediately after you have arrived.

Finding a test centre is easy if you are flying. All of Germany’s international airports are equipped with test centres. Run by the Bundeswehr, these centres carry our PCR tests in which a swab is put down your throat and into both nostrils. It reportedly isn’t a very pleasant experience, but is also over pretty quickly. If you are travelling back by train or driving, you have to contact your local doctor and the local health office immediately after arrival. You can find contact details for your local Gesundheitsamt here.

For drivers, there are some test centres near the borders to France and Poland, but these are often only open on the weekends. You can find a list of all autobahn test centres here.

Currently, if you are travelling by car, the onus is on you to follow the rules. While there are random checks at the borders, there is nothing to stop people crossing a Schengen border without informing the authorities.

This weakness in the system has been spotted, though. As of October 15th everyone who enters the country will have to fill in an online entry form first. If you are stopped by border police after this date you will be expected to be able to show that you have completed the form.

5. Get home as directly as possible

Another weak spot in the rules for people entering from risk areas is that the government doesn't specify how you should get home. They just state that you should “go directly to your place of residence.”

For many people though, going straight home might mean traveling from the airport or train station by public transport. While this opens the possibility of passing an infection on to other people, the government has not prohibited it. Presumably they fear that they would end up having to pay people’s taxi fares if a public transport ban was issued.

At any rate, however you choose to get home, you are not permitted to go shopping, even if it is for emergency supplies.

6. Self-isolate until your test comes through

The rules on quarantine differ from state to state, so it is worth checking with local authorities as to what you have to do.

For instance, in Schleswig-Holstein people need two negative test results before they are allowed to leave quarantine. They also have to self-isolate for at least five days.

In other states people can currently stop self-isolating when they get their test result, which usually takes three days to arrive.

But a new nationwide rule is coming in on October 15th. From that day onwards everyone who enters the country from a risk area will have to immediately go home and then self-isolate for five days.

At that point they are allowed to undergo a test. If the result is negative then they can resume their normal life. If it is positive they must stay at home for a further nine days.

The pandemic situation is changing quickly. For some people that might mean they left Germany for a low risk country but will return from a high risk one. That could mean you didn't prepare for the possibility of quarantine.

So if you are low on toilet paper and provisions, it is a good idea to sort this out before you travel. Many of the major supermarkets provide delivery services (to find on the internet: type in the name of the supermarket + liefern). Otherwise, you might need to get a friend to drop some food off at your door after you have arrived.