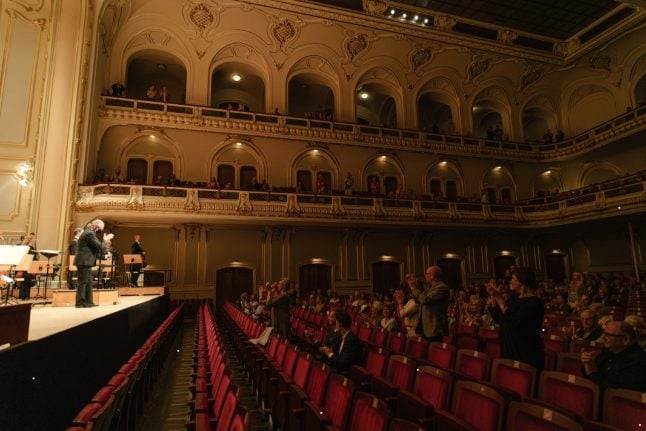 The sounds of Mozart’s Sinfonia Concertante and Beethoven’s First Symphony resonated around the sparsely filled Hamburg Symphony Orchestra concert hall, each note made all the more poignant by the six-month-long silence that had come before.

The programme introduction made no secret of how difficult that pause had been.

“Ladies and Gentlemen, you cannot imagine how much we have missed you” it read, as musicians and audience were reunited at long last.

When the coronavirus pandemic swept across the globe earlier this year, Europe’s music venues were amongst the first and the worst affected.

Events were called off, musicians were forced to play to empty halls, and the fate of the arts was thrown into jeopardy overnight.

The Hamburg Symphony Orchestra were one of many concert halls who saw their 2019/20 season abruptly cancelled on March 12th as large gatherings in Germany were banned.

When it became clear that the new restrictions would be lasting months rather than weeks, the orchestra turned to more unconventional methods to keep providing their fans with music.

READ ALSO: Germany strives to kickstart culture in a world blighted by virus

Concerts with a handful of musicians and no audience were streamed live on their website every week day during the height of the pandemic.

In June, the orchestra took the new ‘internet concert’ phenomenon a step further by organising a six-day interactive music project based on Gustav Mahler’s Lied von der Erde (Song of the Earth).

The show must go on

“When all the concert halls closed down, all possibilities we had of performing […] were gone from one day to another, which is financially and artistically quite a shock”, said orchestra director Daniel Kühnel.

“There were many things we had to adjust to: no audience, no ticketing, no income. Also, very technically, the few musicians that were on stage had to get used to the fact they were sitting very far from each other and adjust their ears to this new situation.”

As restrictions began to ease, musicians and fans alike awaited the beginning of the new season with a mixture of delight and apprehension.

Although audiences were now able to return, the concert experience would be altered beyond recognition.

Regulations in Germany stipulate that there must be a distance of 1.5 metres between string players and two metres between wind players, meaning that concert programmes cannot include works that require a full-scale orchestra.

The orchestra’s home venue, Hamburg’s famous Laeiszhalle, has also introduced a wide variety of other regulations to minimise the risk of infection. Audience members will be seated at least 1.5 meters away from each other in all directions, reducing the hall’s capacity to just below a third.

READ ALSO: What does live music in Germany look like in the times of corona?

Every concert will be played twice in one evening to allow for the sale of more tickets, with both lasting a maximum of one hour and running without an interval.

In between the two concerts, all surfaces will be disinfected and the venue will be thoroughly ventilated. Audience members will have to wear a mask when moving about the venue but can take it off when seated.

It was under these strange circumstances that the orchestra opened their 2020/21 season on September 20th.

When it came to determining which pieces to play, Kühnel admits that their choices were heavily influenced by the pandemic – and in more ways than one.

“We think, in principle, that an orchestra as a cultural institution has to be a vital part of what is going on in the world – we cannot just play something and fail to relate it to our reality.”

“[For the season opening] it had to be a piece not only small enough to stage, but it also has to have a certain meaning.” Musicians at the concert had to wear masks when moving around the stage. Photo: Daniel Dittus

“We chose Beethoven’s first symphony which was – in the time it was written – so new, so unheard of, that we thought it would be exactly right to reflect this new beginning, that we are sharing now with our audience.”

Although new orchestra seasons are now well underway across Germany, the coming months are set to present even more challenges.

Seasons are usually organised two to three years in advance, but the unpredictability of the pandemic means that this is no longer on the cards.

“We essentially have to replan the whole season”, says Kühnel. “We don’t know what the situation will be like in January and February, whether we will be allowed to place more musicians on stage, if the audience will be bigger or smaller, or if there will be a second lockdown – God forbid.”

They are not the only orchestra which has been forced to adapt quickly: an announcement from the Berlin Philharmonic orchestra in mid-September has shown the speed at which plans can now change.

After opening their season on August 28th at around a quarter of normal capacity, new regulations passed by the Berlin Senate this month mean that much more of their auditorium can be used. Full-house concerts at the Berlin Philharmonic will remain out of reach for some time to come. Photo: DPA

From November 1st, the audience will be seated in a “chessboard pattern” increasing capacity to just over a third. A mouth and nose covering will, however, be mandatory for the entirety of the concert.

Orchestra director Andrea Zietzschmann welcomed the Senate’s decision as “an important step towards more normality and a lively exchange between the orchestra and our audience”.

Although most concerts are now able to take place as scheduled, the orchestra is currently preparing two separate programmes to account for potential changes in coronavirus measures.

The first programme will be used if distances between musicians can be reduced to one metre between string players and 1.5 meters between wind players, with the second programme in reserve in case the currently permitted distances have to be maintained.

The power of music

Restrictions continue to vary from state to state, meaning that the Hamburg Symphony Orchestra are unable to take similar steps toward normalcy.

Although the arts are heavily subsidised in Germany, many orchestras are expecting to sustain heavy losses this year.

Kühnel admits that whilst “the demand is there”, there are “certain groups that are cautious and do not want to go into spaces full of people.”

He hopes, however, that the music they play will allow the audience to leave the difficulties of this year at the door.

“Seeing the concert hall relatively empty will certainly affect people, just as it will affect me and the musicians. But I think that if we are good (and we plan to be good), people will forget the strange circumstances during the concert and connect with the music.”

Tickets for the 20/21 season of the Hamburg Symphony Orchestra can be found here, and for the Berlin Philharmonic here. 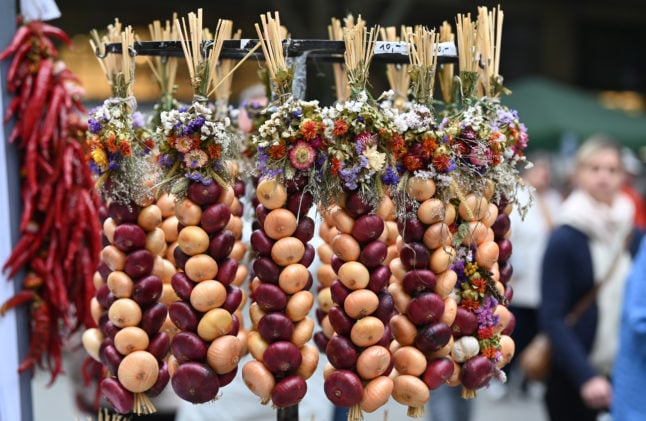