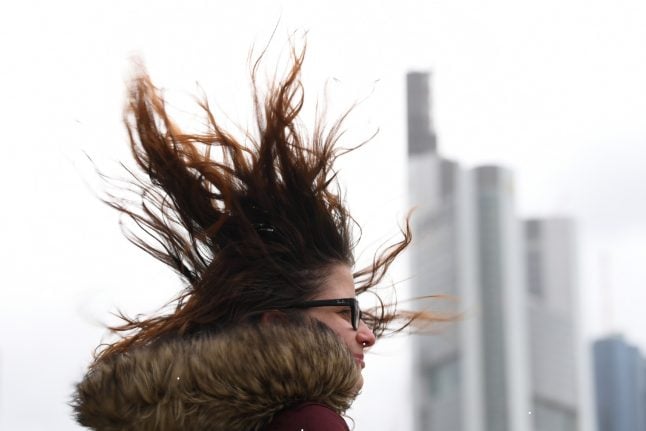 Autumn has arrived in Europe, bringing with it windy weather and ruined hairstyles. Photo: DPA

Have you ever spent ages styling your hair to perfection, only for torrential wind and rain to leave you looking like you’ve just got out of bed?

The German language has a word for this windswept look – die Sturmfrisur.

Unlike many unusual German terms, this compound noun translates rather easily into English.

The term usually refers to hair that looks as though it has been ‘styled’ by the wind rather than by the person themselves.

READ ALSO: 10 essential phrases to complain about the weather like a German

It can, however, also be used as a friendly way to mock someone who hasn’t put any effort into their hair.

One of the most famous examples of a Sturmfrisur dates back to 2001 and involves German Chancellor Angela Merkel.

Car rental company SIXT gave the politician a windswept hairdo in a bid to encourage customers to tap into their carefree side and rent a Cabrio car.

Your hair looks rather dishevelled. Is it windy outside?

Henrik’s windswept hair made everyone at work laugh yesterday.