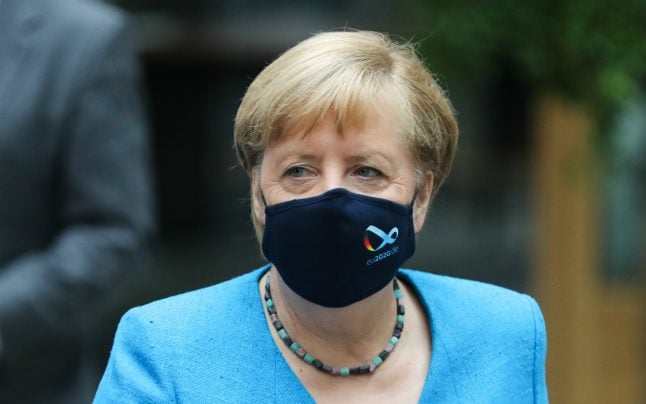 “The development of infection numbers is of great concern to us,” Steffen Seibert said. “We can see from some of our European friends where that could lead.”

In a meeting with her Christian Democrat (CDU) party's top brass, Merkel had warned that new infection numbers – currently at around 2,000 a day – could leap to 19,200 daily by Christmas if the trend “continues in this way,” party sources told AFP.

The chancellor's warning came a day before she is due to hold a video conference with the premiers of Germany's 16 states on the next measures to take to keep infections down.

Germany began to ease stringent measures including shop closures or limits to the numbers of people meeting from late April, after weeks of lockdown brought new infections down from the peak of around 6,000 daily.

But with travel picking up again, particularly during summer holidays, and larger gatherings taking place, contagion has returned swiftly.

During the CDU meeting, Merkel also reportedly cited where priority would lie in terms of which sectors to keep open while fighting the pandemic.

“We must set priorities — keeping the economy running, schools and kindergartens open. Football is secondary,” she said, according to Germany's top-selling Bild daily.

The Chancellor also sees parties, visits to restaurants and religious events as problematic.

More than 11,000 new infections were registered in France on Sunday. In Germany, the figure was 1,411 cases and on Saturday it was 2,507 – the highest figure since April, the peak of the crisis when more than 6,000 daily cases were reported.

Among her CDU colleagues, Merkel also reportedly expressed doubts that the Berlin state government was seriously trying to initiate measures against the outbreaks in view of the sharp rise in numbers in the capital. “Something must happen in Berlin,” Merkel said.