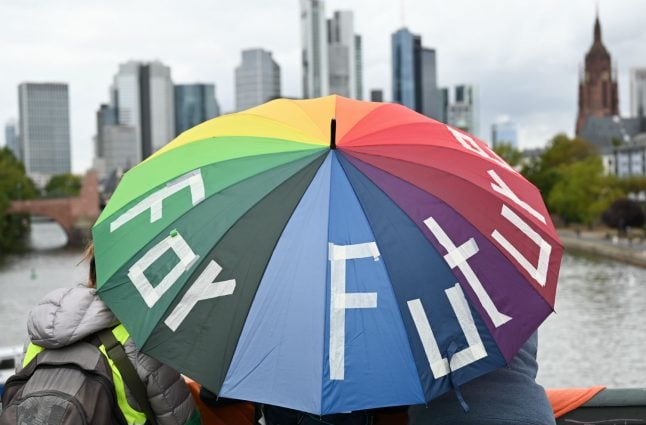 Protesters took refuge from the rain under a 'Fridays for Future' umbrella in Frankfurt. Photo: DPA

The Fridays for Future movement, spawned by Swedish teen activist Greta Thunberg, used to occur every Friday around Germany, with protesters taking to the streets of hundreds of German cities of all sizes.

Then came the coronavirus crisis, putting the popular protest movement on hold – at least in person.

But protesters returned on Friday September 25th amid the rainy weather. This time they showed up stronger than ever with more than 400 cities participating, all under the motto #KeinGradWeiter, or Not a Degree More.

They called for an array of changes to better protect the environment, from a quicker end to coal production in Germany, to stronger laws regulating emissions, to simply less consumption.

Here's a look at some of the top photos. All photos are from DPA unless otherwise noted.

Protesters in Berlin returned to one of their favourite spots, in front of the iconic Brandenburg Gate. A total of 10,000 people registered for the demo in the capital, as well as another 4,000 at two bike demos. Yet Fridays for Future estimates that a total of 21,000 people marched in support of the climate, and greater environmental protections.

Absolute scenes at one of 450 #FridaysForFuture strikes in Germany. Wearing masks and keeping distance, 21.000 are on the streets in Berlin to #FightClimateInjustice! ??? pic.twitter.com/ir7xTGUHXQ

In Aachen in North Rhine-Westphalia, a total of 4,000 people turned up.

In Bonn, near Cologne, a very socially-distanced demo took place.

Thousands also showed their support in Hamburg with signs such as “Bye mass consumption” and “Hello environmental protestion.” Demonstrators in Brandenburg's capital of Potsdam lined up to hold signs reading: “There is no Planet B”. Protesters, including many students, showed up in Dresden, Saxony's capital. A demo participant in Frankfurt had a very clear message. In Magdeburg, Saxony-Anhalt's capital, a protester bore a backpack with the protest's motto. 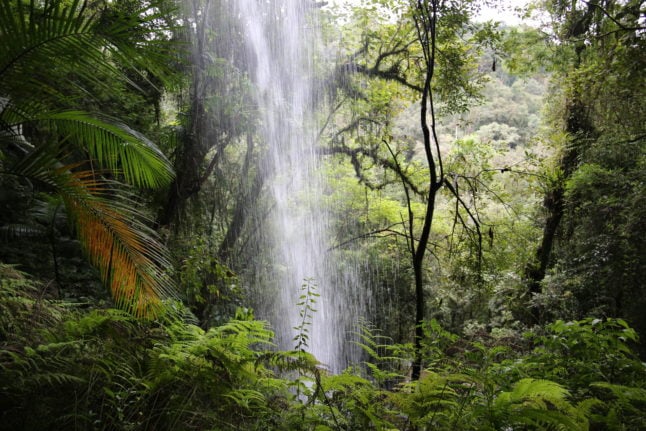