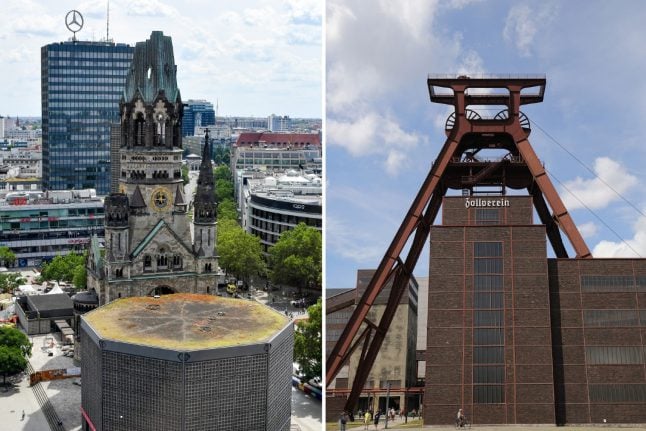 The two regions are commemorating their centenary this year. Photo: DPA

In 1919, the city of Charlottenburg was home to around 320,000 citizens, making it the twelfth largest city in Germany.

At the time it ranked behind Nuremberg, Düsseldorf, Frankfurt am Main, Essen, Breslau, Dresden, Leipzig, Munich, Cologne, Hamburg and, of course, the capital Berlin.

On October 1st 1920, however, all of that would change. Charlottenburg, which was then the most wealthy city in Prussia, came together with other previously independent cities and municipalities to form a new, larger, Berlin.

Berlin’s population doubled to 3.8 million inhabitants overnight. This new population size meant the city overtook Vienna, Chicago and Paris to become the third largest city in the world (behind London and New York).

Berlin also became the second largest in terms of surface area, ranking only behind Los Angeles. The city, which now included the land from cities such as Schöneberg, Köpenick, Neukölln, Wilmersdorf and Spandau, grew in size from just 65 to 880 square kilometres. According to a website dedicated to the history of the Berlin region, there were also regional mergers in other capital cities around the same time – Vienna, London and Prague all underwent a similar process in 1890, 1889 and 1920 respectively.

Back then, the Ruhrgebiet (Ruhr Area) was a densely populated region in the west of the recently-founded German Republic, home to cities such as Duisburg, Essen and Dortmund.

According to the same website, regions in this industrial conurbation “came together in 1920 to form a loose union known as the Siedlungsverband Ruhrkohlenbezirk (Ruhr District Association)”.

The Ruhr Area has not since undergone a merger as extensive as the one seen in Berlin. If such a merger were to take place in the Ruhr Area, the resulting “Ruhr City” would have more than five million residents, making it Germany’s new largest metropolis.

The last few decades in the region have seen mergers on a smaller scale. In 1975, for example, Kettwig became part of Essen and Wattenscheid became part of Bochum. Oberhausen is one of the towns represented by the Ruhr Regional Association. Photo: Wikimedia Commons / AlterVista

The Siedlungsverband Ruhrkohlenbezirk (Ruhr District Association), which was founded to help settle tens of thousands of miners in the region and help pay off the reparations of the Treaty of Versailles after the First World War, later became the Regionalverband Ruhr (Ruhr Regional Association).

These municipalities, which together form an area around five times the size of Berlin, are actually comparable to the capital in many respects.

READ ALSO: 23 things you never knew about the German capital

The region boasts popular football clubs (such as Schalke, Borussia Dortmund), renowned opera houses (the Aalto Theater in Essen, the Music Theatre in Gelsenkirchen, and the Deutsche Oper am Rhein in Duisburg) and famous theatres (the Schauspielhaus in Bochum and the Theater Oberhausen).

The Ruhr Area is also home to many festivals, parks and cultural heritage sites. But as the Ruhr Area did not undergo an official political merger and plays no significant trans-regional role, it is still considered as a province on both a domestic and international level. The Ruhr Area is now home to over five million people. Photo: DPA

One hundred years ago, Essen was the eighth most populous German city, going on to rank as high as fifth in the eighties. But in the last 30 years, its population numbers have decreased significantly, whilst metropolises like Frankfurt am Main, Stuttgart, Düsseldorf and Leipzig have seen their figures boom.

Essen now sits in tenth place, just behind one of its neighbouring cities, Dortmund.

Unlike in 1920, when only Berlin was considered a metropolis, Germany now boasts four cities with over one million inhabitants. In addition to Berlin, Hamburg and Munich, Cologne – one of Germany’s oldest cities – has fit the metropolis criteria for the last decade.

Both Berlin and the Ruhr Area are staging exhibitions this autumn to commemorate their centenary.

The main exhibition in Berlin, called “Unfinished Metropolis – 100 Years of Urban Development for (Greater) Berlin”, can be found in the Kronprinzenpalais on Unter den Linden, near Museum Island.

The exhibition “100 years of the Ruhr Area – The Other Metropolis” is running until May in the Ruhr Museum in Essen. The Museum is located in the former Coal Washery of the Zollverein Coal Mine, which UNESCO named a World Heritage Site in 2001.