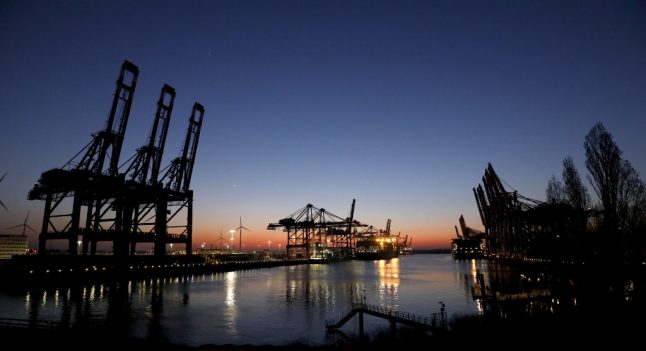 It might seem oxymoronic to mention German grammar and humour in the same sentence. But you’ll likely get a good laugh out of this Twitter thread, which through real life examples from a 1913 textbook, demonstrates how Deutsch is used, as well as the dangers of being too French or happy. Do Germans do this?

While many cultures (cough cough, Brits and Americans) are made uncomfortable by direct eye contact which lasts for too long, Germans are notorious for being unashamedly unafraid to cast a glaring glance into a person’s eyes – especially when making it clear they’ve broken a cultural taboo.


Have you been stared at recently for something you did? Was it taking the rubbish out on a Sunday? Ignoring the Ampelmann? Or even the old trap of addressing an older colleague with “du”?

Strangely enough this article on 10 things foreigners do that elicit a stare from a German has been our most read this week. Are you all wondering why you are being stared at or is this stereotype about Germans over-hyped?

This week I (Rach Loxton) visited a German city (pictured below) that was super charming. But I have to say, I was surprised and disappointed by the speed that cars drive in the city centre and the lack of cycling infrastructure. I am talking about Hamburg. Do you think it needs to be a bit more pedestrian and cycle friendly? If you live there or have visited, let us know your views: [email protected].

I also happened to be there the night before sex work was allowed again after being banned for months during the coronavirus shutdown. It was strange to see theReeperbahn area without its infamous red light district. That all changed on September 15th when brothels were allowed to reopen. But it’s not business as usual – sex workers have to get contact details of their clients (which is quite controversial), wear masks or keep a distance of 1.5 metres.

Card or cash payment? It’s a huge issue in Germany as we all know that it’s lagging behind on allowing card payments compared to other countries.

But that is changing, in part due to the pandemic when we were all encouraged not to handle Bargeld (cash) too much.


The Local asked our readers their thoughts on the issue. And 92.5 percent of respondents said they'd like to pay with their card more often in Germany.

“It's frustrating to encounter cash-only payment options on a regular basis – even in cities like Berlin or Munich”, said one reader. “I'm glad to see more ‘no-cash-card-only’ cafés appearing in the city now.”

We also loved this reader comment spelling out how behind the country is when it comes to technology: “My local bar owners thought me paying with my Apple Watch was witchcraft.”

We’ll publish the full report for you soon.

Germany may be known for its awesome beer (especially in September, when Oktoberfest normally kicks off in Munich) but it’s also the eighth largest wine-producing country in the world.

There are 13 wine regions scattered throughout the country, and 60 percent of wine is produced in the state of Rhineland-Palatinate along the Rhine River.

The Local’s editor Rachel Stern took this photo last weekend at the vineyard of Kloser Eberbach, a monastery which has been producing wine since the 12th century. With the lovely colours of autumn starting to show, now is the ideal time to tour through one of these areas, many of which are open again for tastings despite cancelled wine festivals which normally occur around this time of year.

Currently, anyone who is returning to Germany from a risk area must be tested for coronavirus or go into quarantine for a period usually lasting 14 days.

Have you been ordered to self isolate after travel? We’re looking to hear your stories of what the experience was like for you – from the logistics you faced to what you learned from it.

You can share your thoughts and experiences of what it’s been like to receive a quarantine order here.