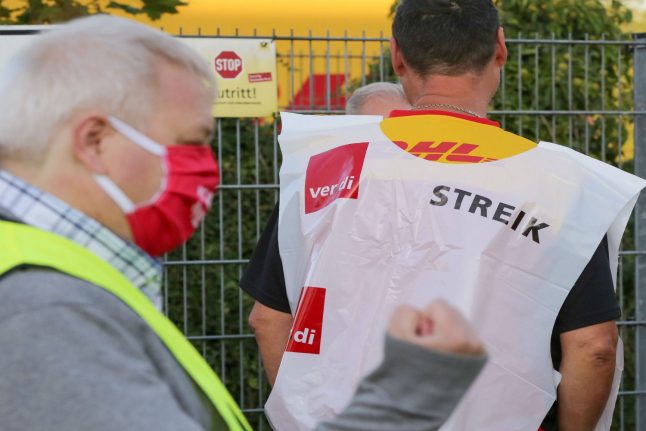 A Deutsche Post employee prepares for a strike in Hamburg on September 18th. Photo: DPA

Yet it still is unclear exactly where, and in which industries, the strikes are expected, according to the German Civil Service Federation (DBB). No sector will be excluded, they added.

They are demanding a 4.8 percent wage increase, or a minimum of €150 extra per month – an agreement to be put in place until 2023.

The unions are also calling for working hours in east Germany to be shortened by an hour in order to match up with those in the west.

READ ALSO: Strikes to shut down schools and public offices across Germany

Federal Interior Minister Horst Seehofer, of the centre-right Christian Social Union (CSU), said he was confident there would be an agreement in the next round at the end of October, and praised the discussions at the weekend.

“Before the next round, we will already submit an offer to the employee representatives so that they can prepare themselves for what will probably be the last round of negotiations,” he said.

This could also be extended by a few days “if necessary”, said Seehofer.

The third round of negotiations is scheduled for October 22nd and 23rd.

The Local will continue to report on the strikes on Tuesday as more information becomes available.